The ruins of Poyen Mill are among the many remains of the sugar plantations that were scattered throughout Grande-Terre until the early 19th century. Visitors may access the mill via the old Gaschet rail station, which can be seen from the National Highway approximately 4 km past the town of Petit-Canal traveling toward Port-Louis. Like the majority of mills in Guadeloupe, Poyen Mill was equipped with a rotating cap that could be used to orient the sails to face the wind by means of a tail beam. The movement of the sails drove a system of gears and rollers located on a wooden chassis at the base of the structure.
This tapered-cylinder “tower mill” had three dressed stone arched openings, the largest of them used to introduce the mechanism into the mill. The mill was also equipped with a chute for cane juice, located on the ground inside. Its walls were coated with a lime-based whitewash. Although the masonry work may look rather primitive, it is actually indicative of a certain technological mastery, all the more so as the raw materials—calcareous tufa—were of dubious quality. 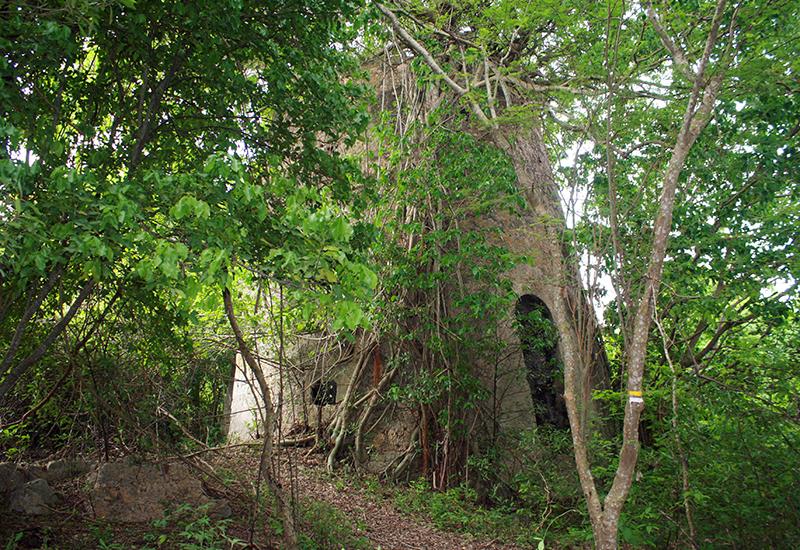 Located on the former property of the Beauport sugar factory, the Poyen mill 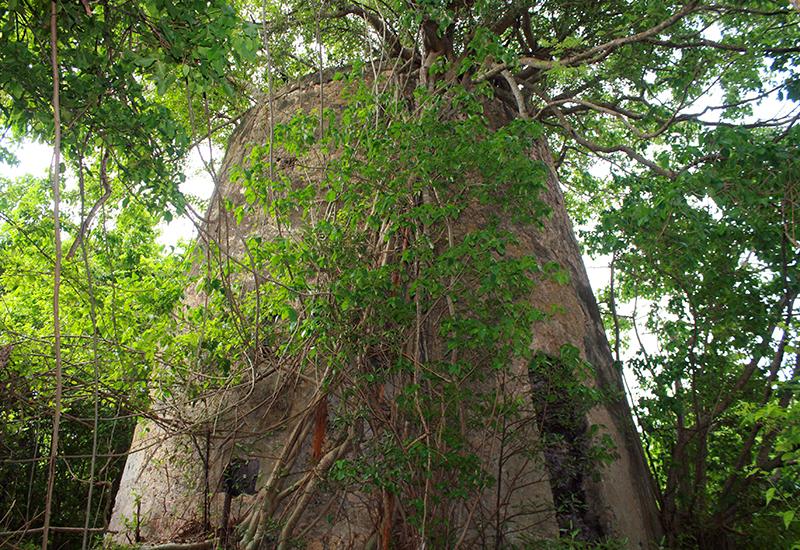 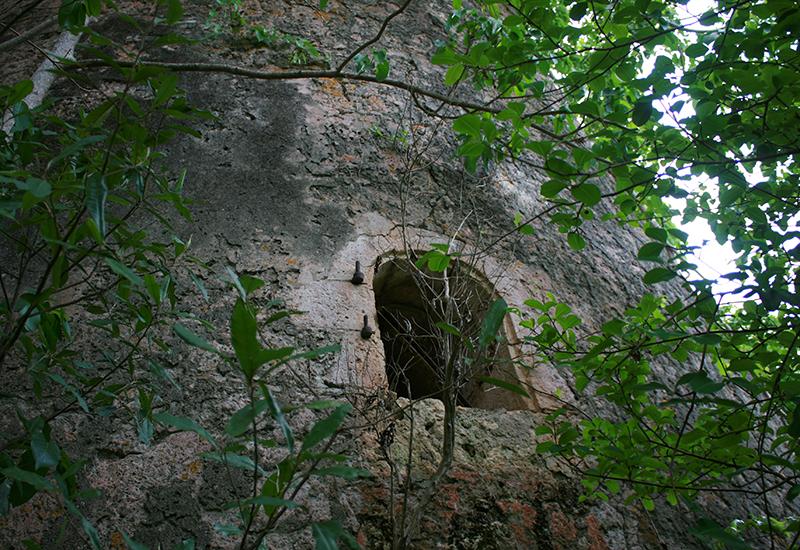 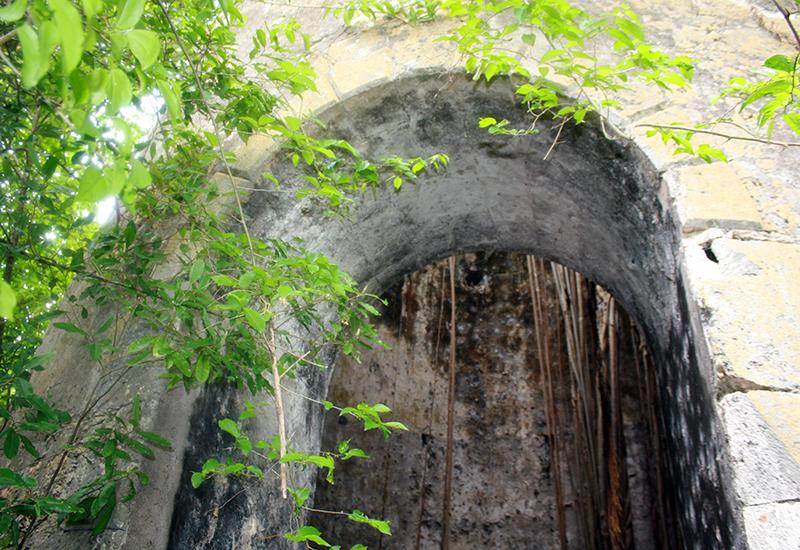