This silty coastal wetland, often awash in shallow tides, is home to mangrove swamps, which occupy a large portion of the Petit-Canal section of Grand Cul-de-Sac Marin Bay, from Beautiran Point in the north, to Pointe à Feuille in the south, by way of Grand Moreau and Vieux Blanchet marshlands. The brackish water here is hospitable only to mangroves, which have adapted to the salinity of the soil. Their roots, which grow from their branches into the water, provide a refuge for mussels, mangrove oysters, and sponges. Mangrove swamps also serve as a refuge and nursing ground for diverse fauna such as the “Pic de Guadeloupe” (Guadeloupe Woodpecker), “Paruline Jaune” (Yellow Warbler), “Sporophile rouge-gorge” (Lesser Antillean Bullfinch), mongooses, and raccoons. Nearly one hundred species of fish and crustaceans have been documented here. A dozen meters from the shoreline, the mangroves become shrubby (black mangrove). Mangroves, in fact, vary by type according to level of salinity:  in the least salty areas, the white mangrove dominates, while the gray mangrove is more often found in sandy areas. This typical, and very rich, tropical ecosystem remains nevertheless very fragile, and is under threat from human activity. For further information, contact the Parc National de la Guadeloupe - 0590 41 55 55 - www.guadeloupe-parcnational.fr). 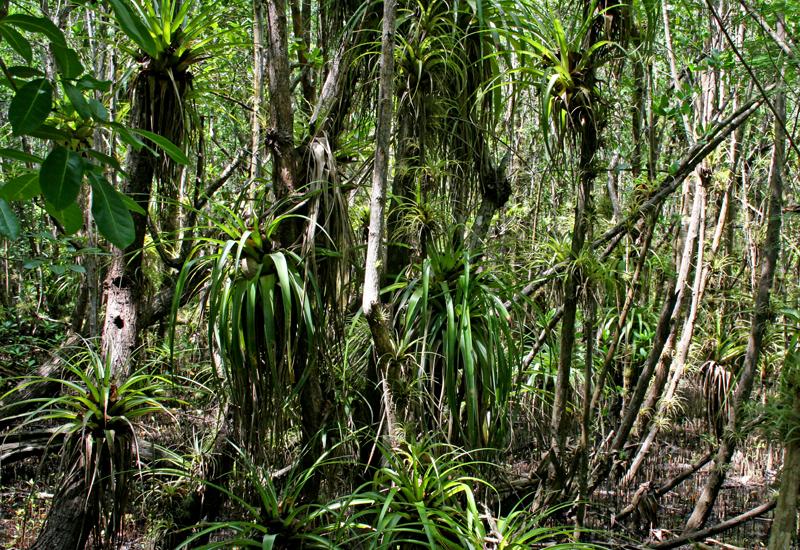 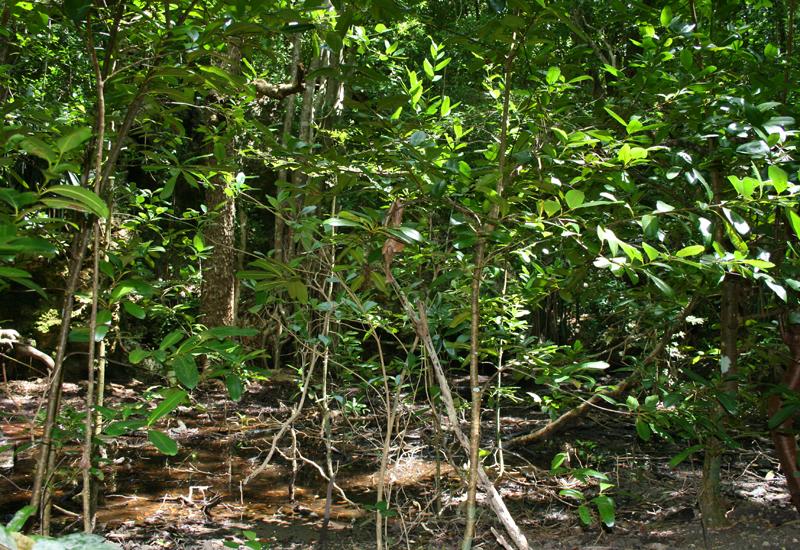 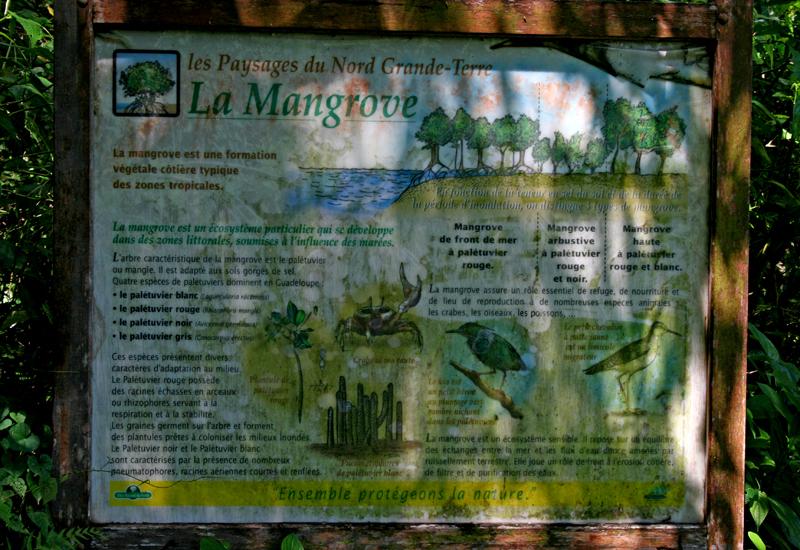 Petit-Canal. The different components of the mangrove 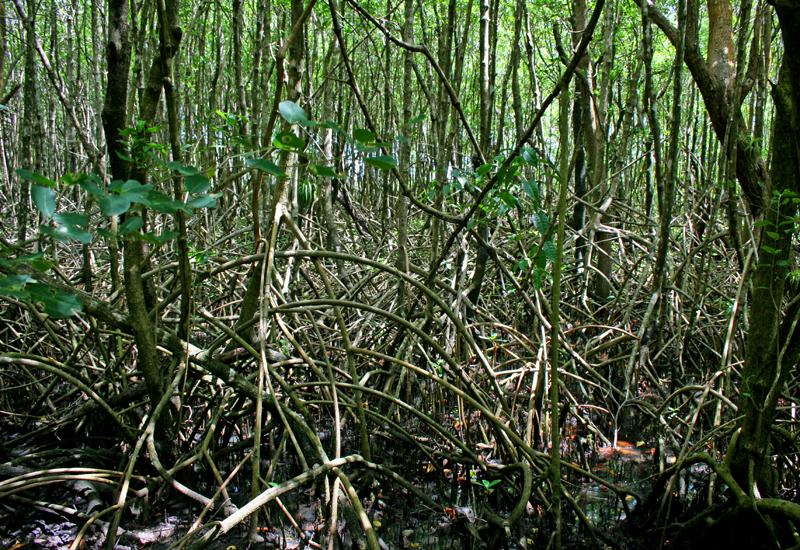