Statue of Vélo, the King of ka

The statue of Marcel Lollia (December 7, 1931 – June 5, 1984), known as “Vélo,” was unveiled on June 5, 2004 on rue Saint-John-Perse. Vélo was a percussionist and master-drummer. The original bronze statue, sculpted by Jacky Poullier, was conceived and created under the impetus of the Akiyo cultural movement. In the pedestrian street, musicians and lovers of gwo-ka music meet regularly on the traditional “bik a tanbouyé“ (drummers’ stage) to play and listen to gwo-ka. They also come to pay tribute to Vélo, the man who started out as a pupil of maestro Carnot, whose great talent was to make music by drumming on a “ka” (a dried kidskin stretched across a barrel), and who opened a school dedicated to this typically Guadeloupian instrument. A new statue, made of resin, was unveiled on December 7, 2014 during a solemn ceremony where artists and musicians, including the famous group Akiyo, paid stirring homage to Vélo in front of an enthusiastic crowd. The new statue represents the master of the “ka”, seen once again in his famous drumming posture. 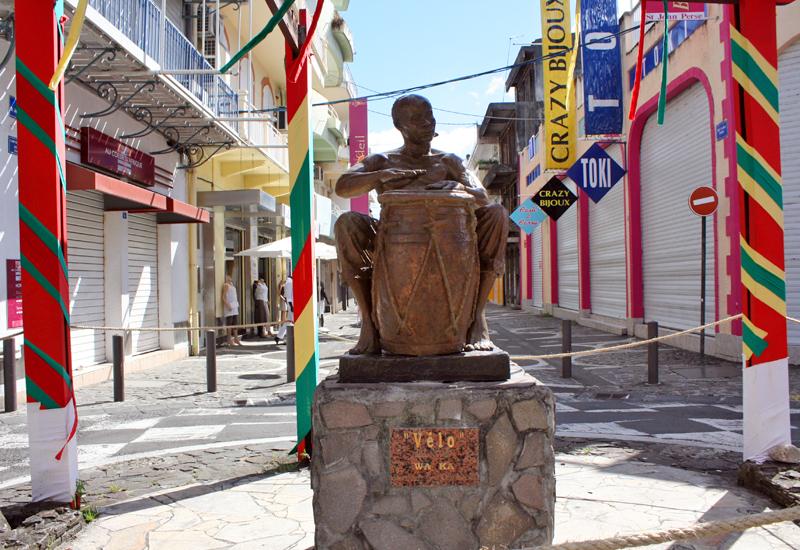 In the pedestrian area 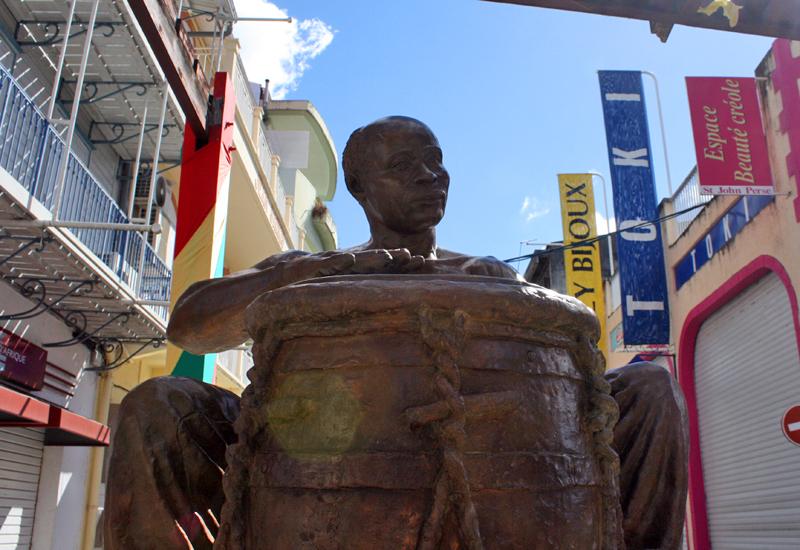 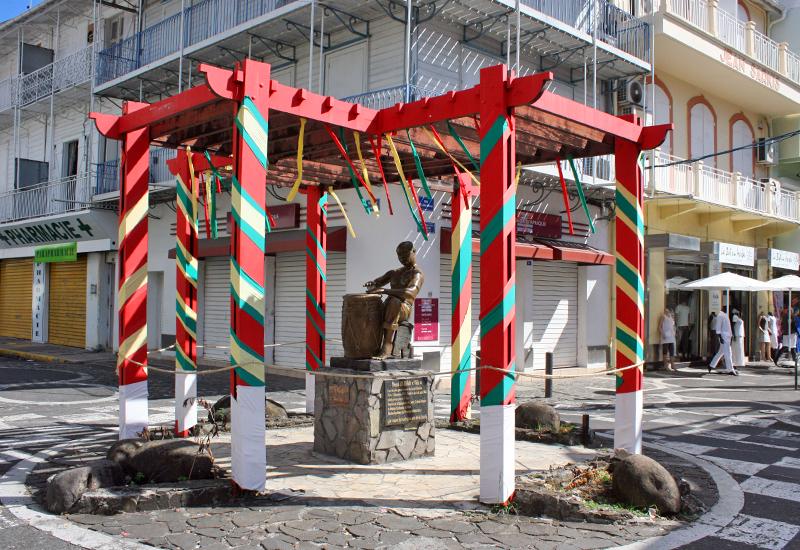 At the intersection of Nozières Street and Saint John Perse Street 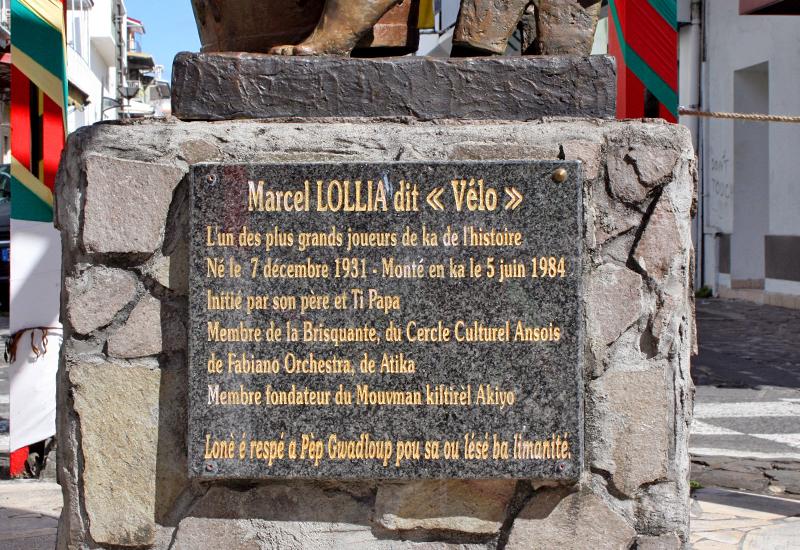