Formerly called the Saint-Charles River and subsequently named for the many guava trees along its banks, Grande Rivière à Goyaves is the longest river in Guadeloupe, running 39.5 km. From its source in Morne Bel Air (elevation 1,155 m) in the center of Basse Terre Island, the river tumbles northward over mountain crests, carving out a wide valley and draining the archipelago’s largest watershed (130 km², or 1/6 of the stream waters of Basse Terre). After crossing the heights of Petit-Bourg, it winds its way east through mangrove swamps to empty into the Grand Cul-de-Sac Marin at Grande Rivière Point across from Fajou Islet, where its mouth is nearly 300 m wide. Grande Rivière à Goyaves forms the boundary between the communes of Lamentin and Sainte-Rose. In colonial times, it played an important role in the transportation of both people and goods. Now it is one of the commune’s main tourist attractions, offering tours of its delta, explorations of its mangrove swamps, and 3 km of navigable waters. In the hamlet of La Boucan, it is spanned by Moko Bridge, a 19th-century riveted iron structure that until 1970 was used for deliveries of sugar cane to the Bonne-Mère processing plant in the commune of Sainte-Rose. 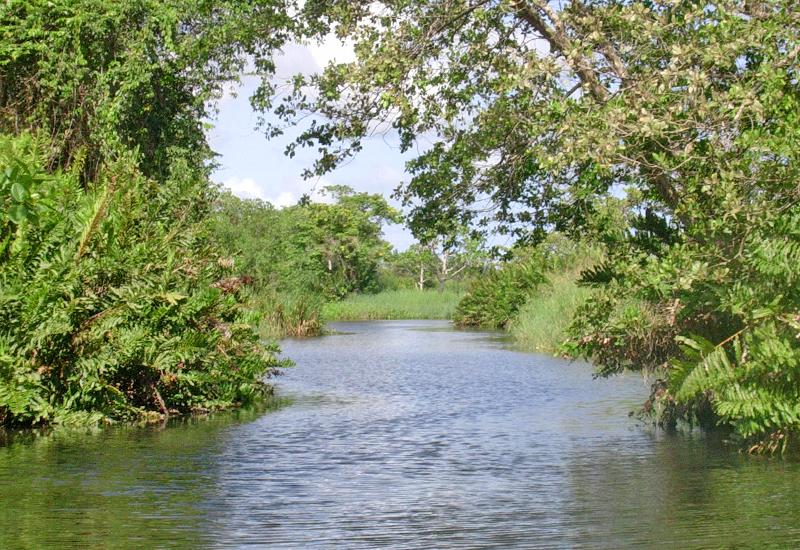 Grande rivière à Goyaves - town of Lamentin, in Guadeloupe. Traveling through the territory of Lamentin 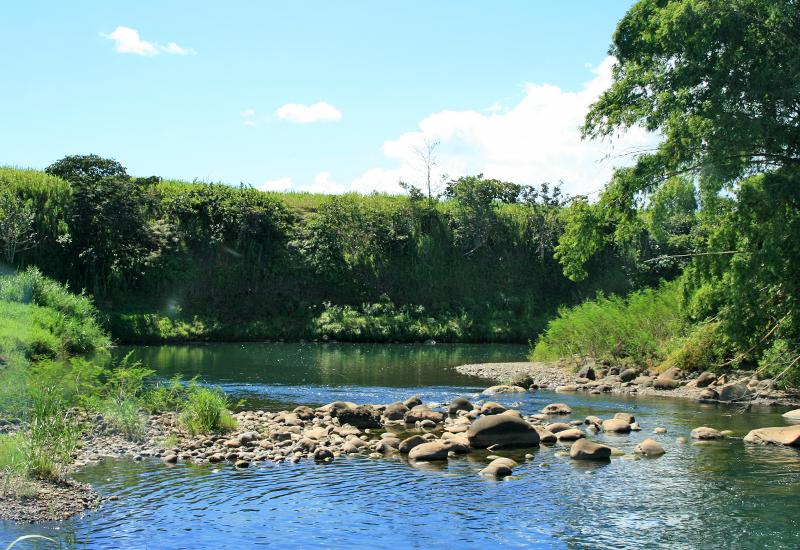 Lamentin, the Great River crosses the site of Ravine Chaude 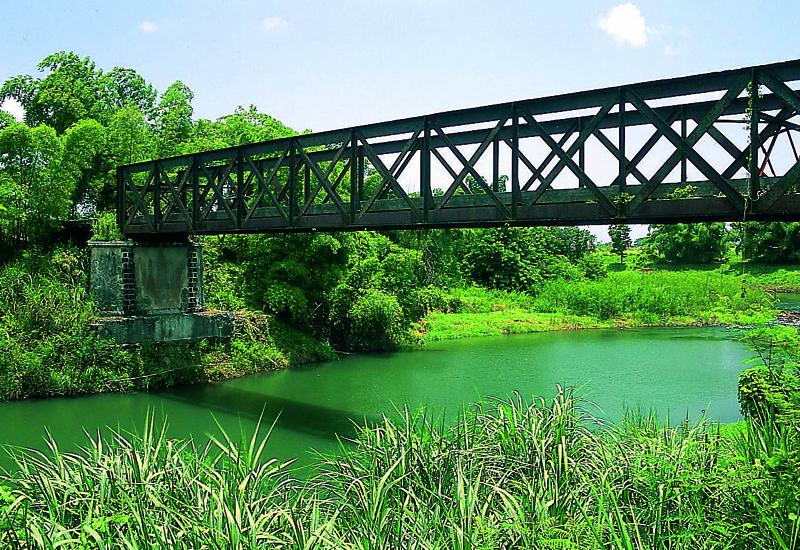