This monumental stairway of 54 dressed-stone steps led to the esplanade where slaves were sold directly off the boat. It is said to have been constructed as soon as the abolition of slavery was pronounced in 1848. According to local lore, each home built one step. Plaques on the steps display the names of various African ethnicities:  Yoruba (southwestern Nigeria, Togo, Benin), Congolese (from the former kingdom at the mouth of the Congo River), Ibo (southeastern Nigeria), Wolof (Nigeria, Senegal, and Congo), Fula (west Africa), and Bamileke (western Cameroon). At the foot of the stairs stands a bust of Louis Delgrès, who fought to the death against the re-imposition of slavery in 1802. 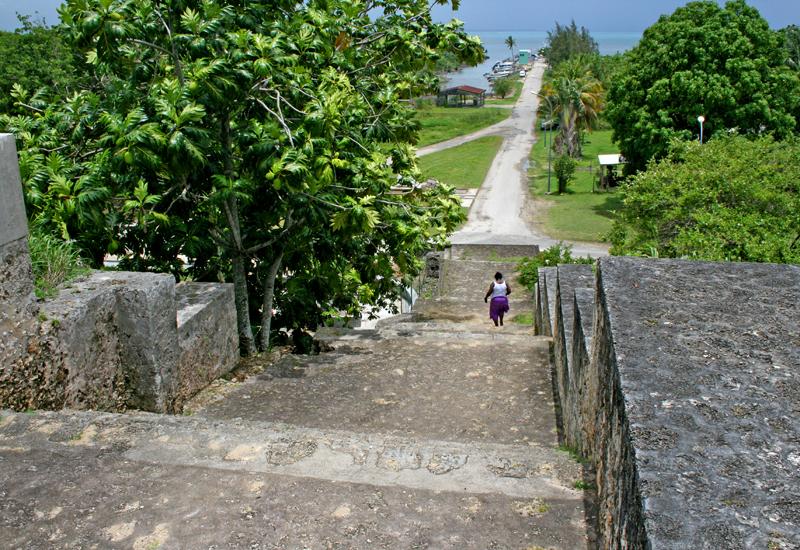 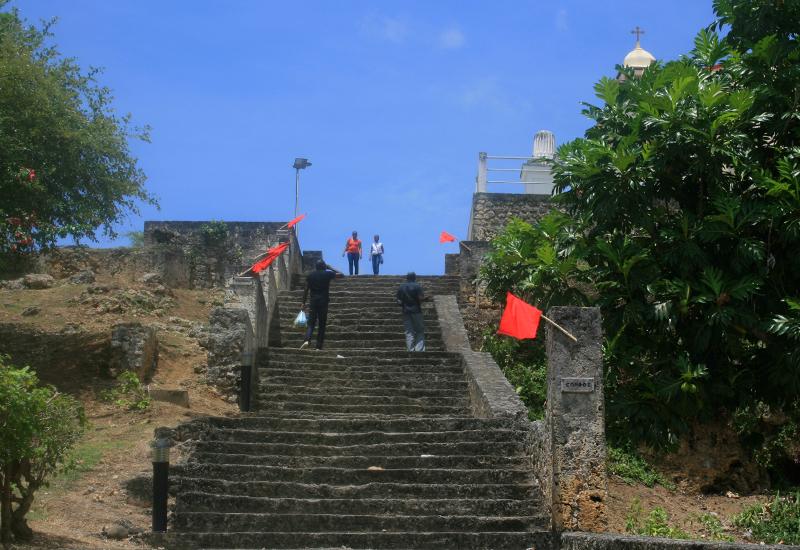 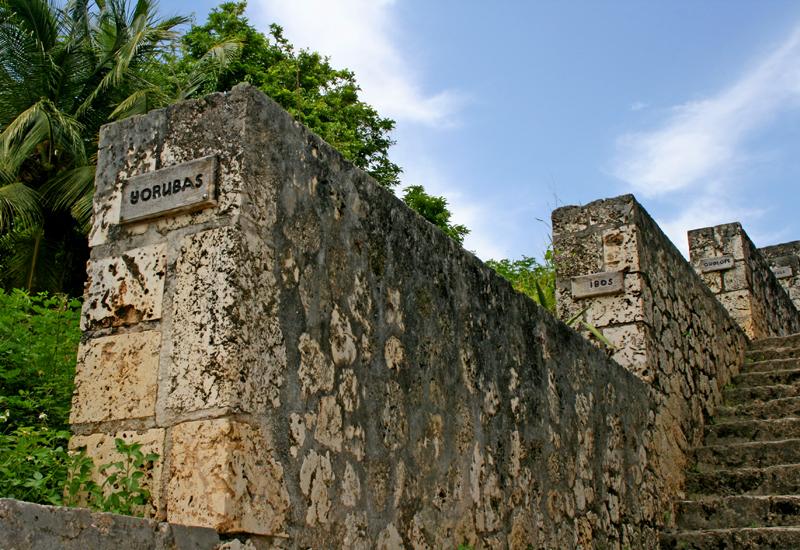 The names of African ethnic groups 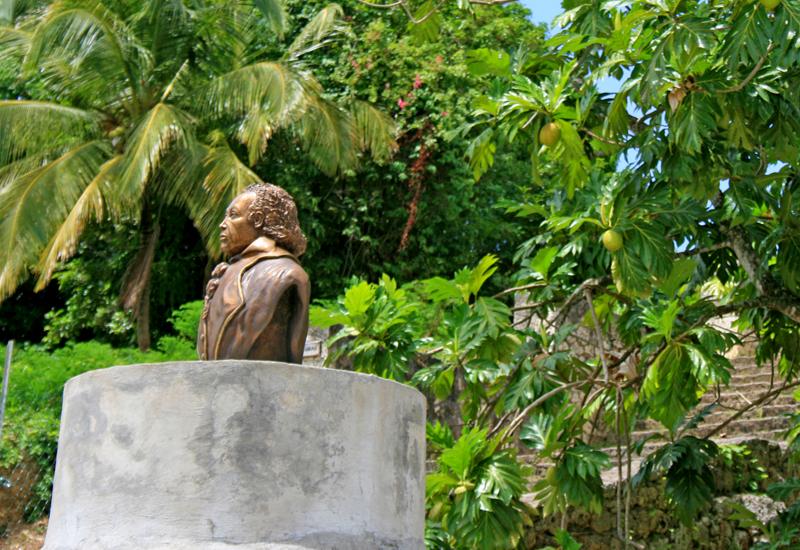 At the foot of the steps, the bust of Louis Delgrès