In 1863, the Lacaze-Poncou family, owners of the Marquisat Plantation, began the construction of a factory that would make use of all of the advantages of steam engines. The Marquisat sugar factory was well known in Guadeloupe and throughout the Caribbean. It had a crushing capacity of 600 metric tons per day. Built in two stories, the structure housed every stage of the cane juice transformation process. Two rail lines brought in the cane from Carbet and Sainte-Marie; the resulting sugar was transported, again by rail, to the Port of Goyave. In 1892, however, unable to overcome the difficulties arising from the sugar recession, the owners gave up ownership of the factory to the Colonial Land Bank, which had financed its operations. A new company was formed, the Société des Sucreries Coloniales (“Colonial Sugar Company”), followed by the Compagnie Française de Sucrerie (“French Sugar Company”) and, later, the Sucrerie d'Outre-Mer (“Overseas Sugar Company”). In 1946, after a four-year suspension of operations due to the war, the plant was modernized to meet the high demand of mainland France. The upgrades were made over a five-year period, during the off-seasons, so as not to disrupt production. The plant’s crushing capacity rose to 1,200 metric tons, double the capacity of the original plant. Storage areas were enlarged, processes were streamlined, and high-powered equipment was installed (four series of three high-performance mills, a Bréguet turbofan engine that used recovered steam, bagasse-fired boilers, and more). The factory supplied electrical power to the town of Capesterre throughout the sugar cane season under an agreement with SPEDEG (the predecessor of EDF, the French power company).

The Marquisat factory closed in 1968, the syrup factory in 1970. Today all that remains are the walls and the metal frame. A few artisans have set up studios in some of the buildings, and the central courtyard is used by the Technical Services department of the Town Hall. The site remains a strong symbol of the economic life of Capesterre. 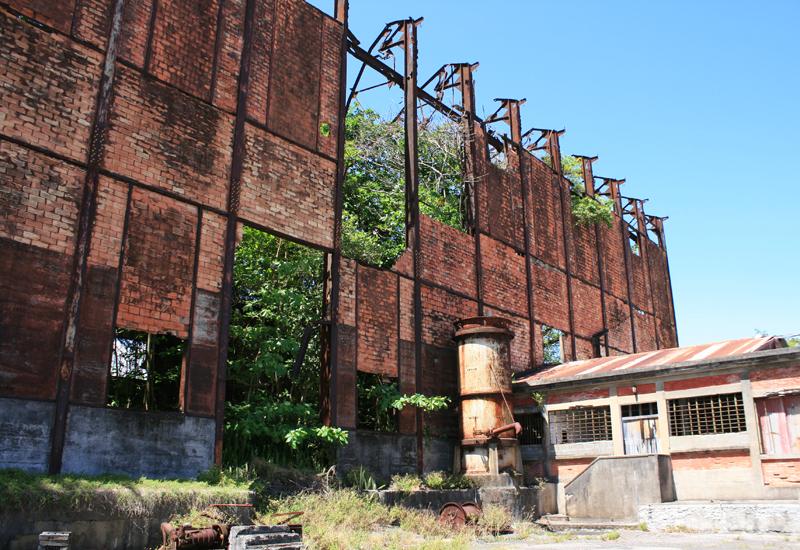 From a rich sugar past, there remains only one large wall of dilapidated bricks 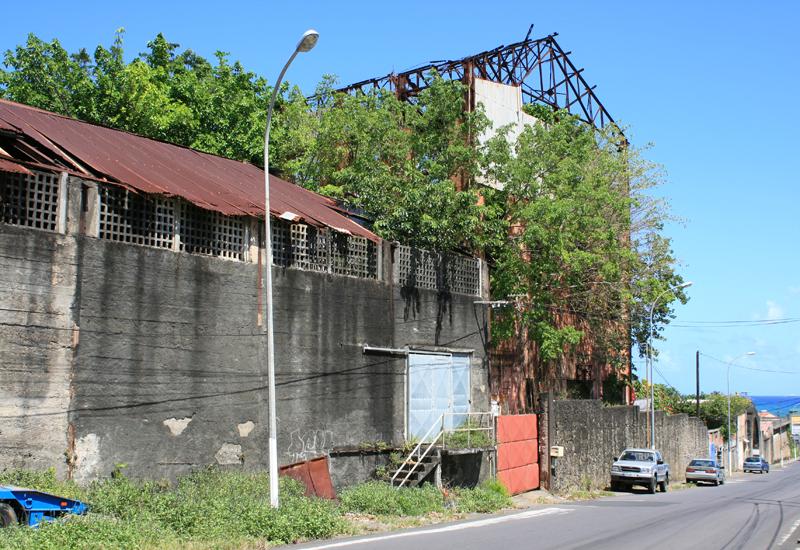 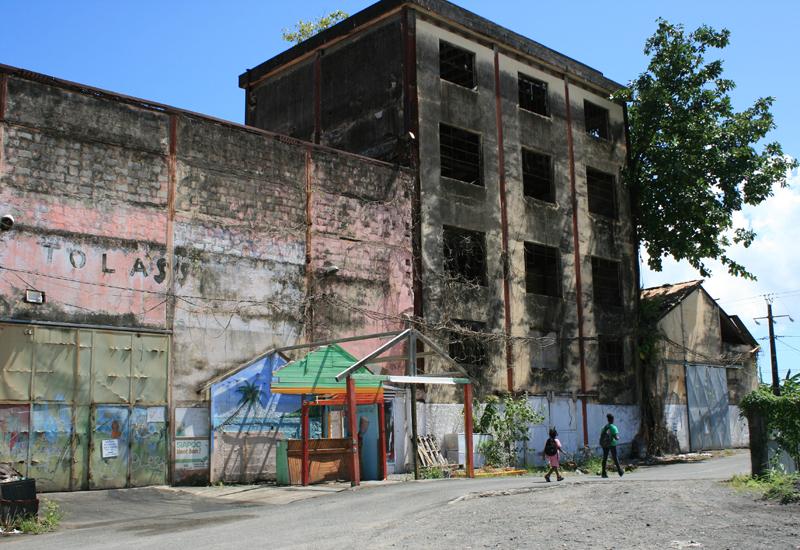 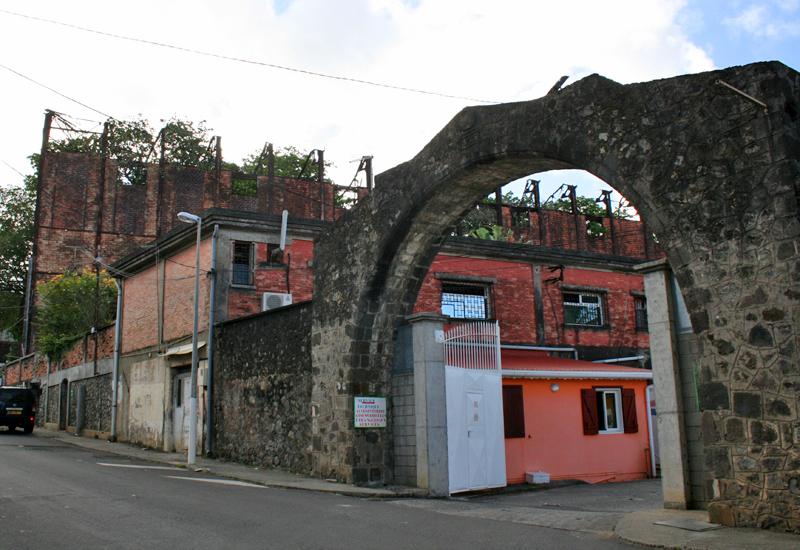