Baie-Mahault:  Land of Innovation and Energy

The commune of Baie-Mahault in northern Basse-Terre was named, according to Father Fabre, for the mahault (or mahot), a type of mangrove endemic to the region. Spanning a 4,400-hectare area between the two islands that make up Guadeloupe, it has two shorelines, one to the north, on the Grand Cul-de-Sac Marin; and one to the south, on the Petit Cul-de-Sac Marin.
Originally an important Amerindian fishing and hunting ground, this swamp-covered land, hostile to humans but replete with game animals, sea turtles, and manatees, was one of the last places on the island to be settled. After the Compagnie des Isles declared bankruptcy, Guadeloupe and its dependencies were sold to Charles Houël, Governor of Guadeloupe from 1643 to 1664 (named Marquis of Guadeloupe by royal proclamation in 1645), and his brother-in-law. In an effort to develop the economy of the island, Houël welcomed several hundred Dutch Jewish colonists who were fleeing the Portuguese Inquisition in Brazil and were known for their mastery of sugar production techniques. Small estates were soon transformed into immense plantations. In 1660, the territory was elevated to the status of Marquisate by Louis XIV, from whence the name Houëlbourg.
In the 18th century, plantations dominated the economic life of the commune. The initial parish was established in around 1737, after which a small market town was built. The name Baie-Mahault was given to the area in around 1770. The geography of Baie-Mahault made it a strategic location, resulting in the construction of fortifications on the Houëlbourg Plantation. The idea of establishing an industrial and commercial zone was (already) under consideration, and a 6-km causeway was built across the swamps ending at the Rivière Salée (“Salty River”). In 1794, the area was the scene of a decisive military battle. Guadeloupe was occupied at the time by the British, who, assisted by royalists, established entrenchments on the banks of the Salée River. Victor Hugues, Commissioner appointed by the French Revolution’s National Convention, believed it was imperative to re-conquer the area of Baie-Mahault. At the battle of Morne Savon, he routed the British with his conventional troops, and Baie-Mahault became ground zero for re-conquering all of Guadeloupe, which Hugues then governed from 1794 to 1798.
Baie-Mahault became a commune in 1837. Count Estrélan was appointed mayor by colonial decree. At that point, the parish was home to at least fifteen sugar plantations equipped with windmills. In addition to sugar cane, they grew coffee, manioc, and bananas for local consumption. By 1885, over 950 hectares of cane were being cultivated for 19 sugar plantations, four of which possessed factories. By then, cane was no longer being milled by stone windmills, but by industrial machine, increasing yields. The region’s economic vitality was not affected by the abolition of slavery in 1848. However, the sugar recession in the late 19th century gave rise to social unrest. The hurricane of 1928 destroyed part of the town, including the church and presbytery, which were not rebuilt until 1933. Following World War II, the economy recovered under Childéric Trinqueur, mayor from 1943 to 1969. In a mere forty years Baie-Mahault was completely transformed and modernized, with the construction of Gabarre Bridge and the creation of the 300-hectare Jarry Industrial and Business Park, which comprises an international trade zone, the World Trade Center Complex, oil terminals, two power plants, and over 3,500 businesses and manufacturers. Baie-Mahault is the location of the Radio France Outremer building. Not far from there is a site earmarked for the future Morne Bernard science and technology center, whose mission will be to provide support for the innovative projects of Guadeloupe’s young entrepreneurs. To meet the needs of its constantly growing population, the commune has erected educational and athletic infrastructures throughout the region. Education is a top priority, and the commune has initiated a far-reaching facility renovation program, involving the construction, in particular, of the large Convenance academic complex. It includes two public middle schools, one private middle school, and several high schools (technical, vocational, and agricultural). In keeping with the area’s strong athletic tradition, the municipality has provided world-class facilities to allow the many sports clubs and associations of the commune to develop their skills and talents. The Duchesne Fiesque Stadium hosts the annual “Meeting International d’Athlétisme;” numerous team sport competitions are held at the Valère Lamie Gymnasium (1,450 seats), and the Amédée Detreaux Velodrome stadium recently served as the venue for the French Track Cycling Championship.

With a population now numbering 29,890, Baie-Mahault has successfully diversified its economy and sustainably developed a broad range of cultural, tourist, and athletic activities, all while preserving its agricultural identity with the cultivation of its exceptionally rich soil. Although the commune’s economic activity is concentrated essentially in the Jarry Industrial and Business Park, the town, shoreline, and inland areas offer a variety of places to explore. The town of Baie-Mahault is located on the commune’s southern shore, and features a beautiful wooded shoreline with a fishing and pleasure boating port. Across from the landing stage, visitors will find Childéric Trinqueur Square, named for the man who served as Mayor of Baie-Mahault from 1943 to 1969. Here it is possible to visit the Town Hall, with its elegant architecture; the War Memorial, reminding passersby of the sacrifices made by the commune’s native sons; and the new Paul Mado Multimedia Library, not far from which stands Saint-Jean-Baptiste Church, which was rebuilt following the hurricane of 1928 in the style of Ali Tur (along with the former middle school and War Memorial). A few traditional houses have withstood the ravages of time, and remain as guardians of ancestral tradition, in sharp contrast to the modernism of a commune in constant change.
The port is currently the focus of an improvement program affecting the entire shoreline, from Point Pasquereau to the Salée River. Walking paths with panoramic views are being developed, along with a wide range of recreational water activities (including water skiing, kayaking, sailing, and diving). The landing stage on the banks of the lagoon is the starting point for excursions to the mangrove swamps, the mouth of the Grande Rivière à Goyaves, and the nearby islets of the Grand Cul-de-Sac Marin preserve.
Inland outings allow visitors to explore vast sugar cane fields, undulating in the wind; a few former plantations, including Maison Wonche (“Wonche House”) and Habitation Birmingham (“Birmingham Plantation”); and the remains of old sugar factories. Although sugar growing remains an important activity in this part of northern Basse-Terre, some planters have opted to diversify their crops, and it is not at all uncommon to also find pineapple fields—growing the famous, mellow-tasting “bottle” pineapple—and yam plantations. All around the commune, visitors will discover small townships with traditional “lolos“ (neighborhood groceries), holiday cottages surrounded by nature—the perfect setting for unforgettable moments of peace and tranquility—and residential areas featuring opulent villas, signs of a commune undergoing total renewal. Markets across the commune serve as potent symbols of the island’s agricultural vitality, and it is here in Baie-Mahault that the first “Festival Régional des Arts Culinaires et de la Gastronomie“ (regional culinary festival) was held.
With its equestrian centers, trap-shooting club, and well-organized athletic associations, the commune is a place where everyone, residents and visitors alike, can enjoy their favorite sport to the fullest.
The commune’s Pulling Bull and Pulling Goat associations organize competitions that give local farmers the opportunity to renew contacts and showcase their breeds. Little by little, such competitions have won the heart of the public and piqued the curiosity of visitors, who attend them in greater numbers each year.
The town motto “One ambition, many projects and actions,” is very apt. Artistic creation, facilitation, hosting, entrepreneurship—everything in this open and welcoming commune is an occasion for gathering and exchange. Baie-Mahault is home to musicians Guy Conquet and Gérard Lockel, to name just two, and offers many cultural events that reaffirm its artistic identity:
• February:  the “Bémao Mi Mas” Parade, during the celebration of Carnaval
• June:  the “Bûcher de la Saint-Jean“ event (lighting of a bonfire) during the Local Heritage Festival
•“Jou a la Sen Jan“ (Saint John’s Day), an agricultural, artisanal, floral, culinary, and cultural event
• “Voix d’ici et d’ailleurs“ (“Voices from Here and Beyond”), a traditional song festival
• “Art Bémao,“ an international contemporary art exhibition
• December: “Jou a Tradisyon“ (“Tradition Day”) at the “Jarry en Fête“ Christmas market (the island’s largest, a showcase for local products welcoming over 10,000 visitors a year)
The commune has enjoyed rapid, steady economic growth for decades now. The Jarry Industrial zone, built in large part on mangrove swamps, has made Baie-Mahault the economic heart of Guadeloupe. Baie-Mahault also benefits from the presence within its borders of the Destreland shopping center, the island’s largest. Chemin Bleu tourist maps of Guadeloupe and city street maps are available at the Office of Tourism. www.baiemahault.fr 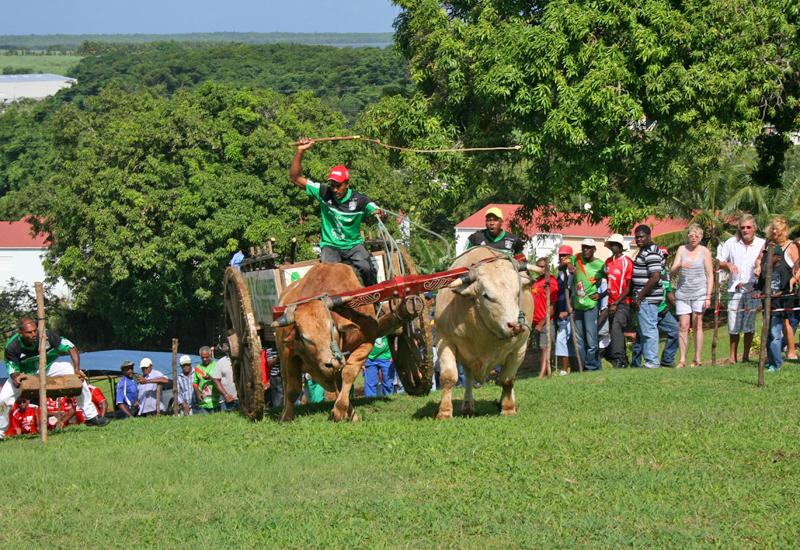 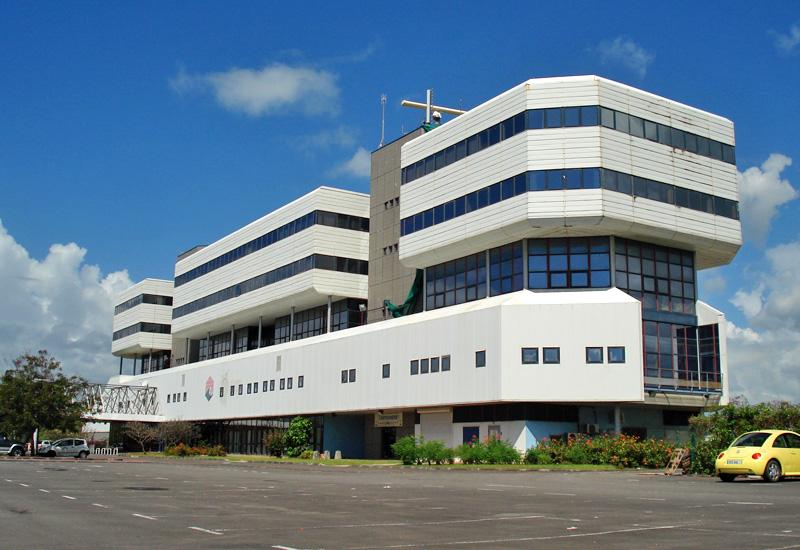 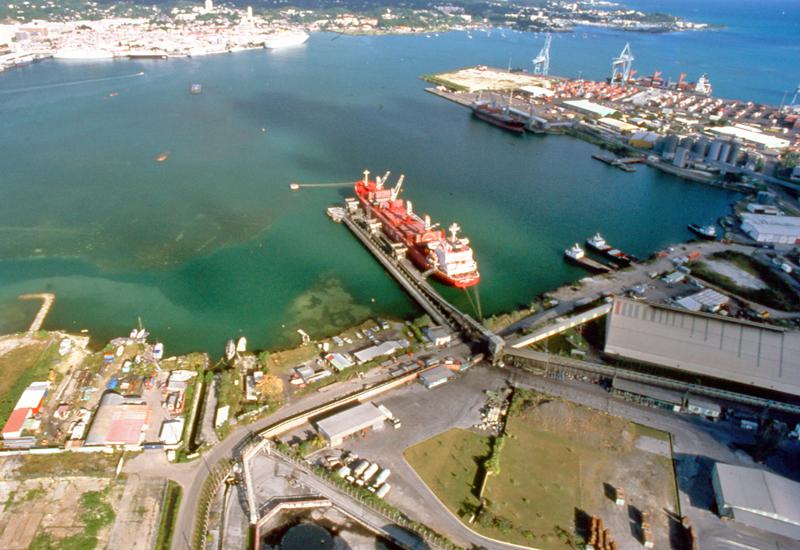 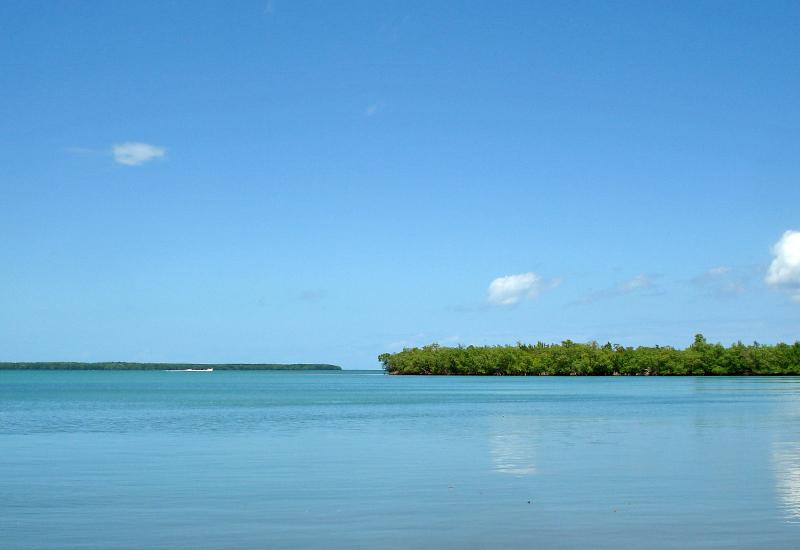