The Slave Memorial was inaugurated on May 27, 1998, on the occasion of the 150th anniversary of the abolition of slavery. The monument features objects that were central to the lives of slaves:  ball, chain, and drum. An open book is inscribed with six words that evoke the sacrifice of these people:  Africa, Escale (Passage), Torture, Fouet (Whip), Nèg Mawon (Maroon—an escaped slave), and Liberté. The Slave Memorial honors the spirit of revolt of champions of freedom such as Louis Delgrès, Solitude, Joseph Ignace, and Captain Massoteau, who in May 1802 fought alongside many others (Captain Palerme, Jacques Jacquet, etc.) against the reinstatement of slavery, which had been abolished in 1794. Joseph Ignace was defeated by the powerful artillery of Brigadier General Magloire Pélage as he was defending Fort Baimbridge. The mulatto slave Solitude distinguished herself in battle at Dolé against the French troops of General Richepanse. Delgrès and his men fought to repel the powerful army of General Richepanse, dispatched by Napoleon to reinstate slavery, and chose to ignite their gunpowder stores with a final cry of “Long live liberty!” as they sacrificed themselves in death rather than accept the loss of their freedom. The definitive abolition of slavery in Guadeloupe took place in 1848. The first slaves were brought to the island in 1644. In 1670, there were over 4,000 slaves; by 1790, nearly 90,000. Toward the end of the slave era, the number of slaves was estimated at 40 million worldwide. 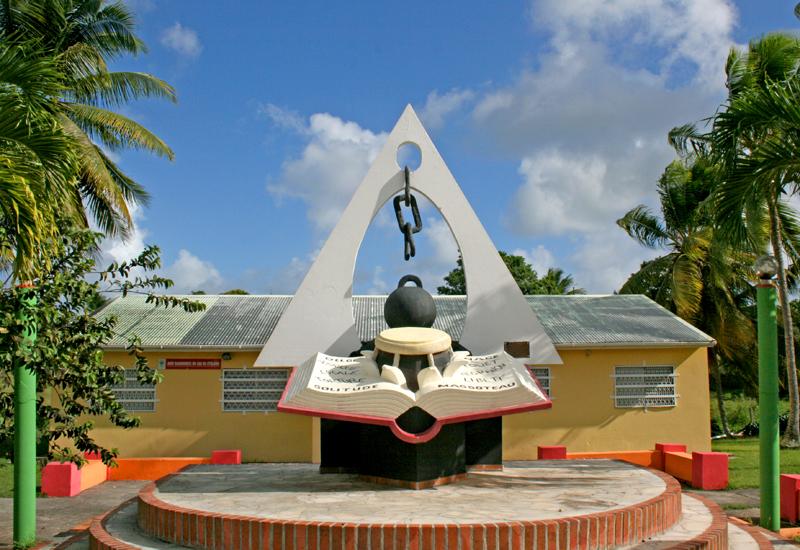 Symbols of the servile condition, the chain, the ball and the drum 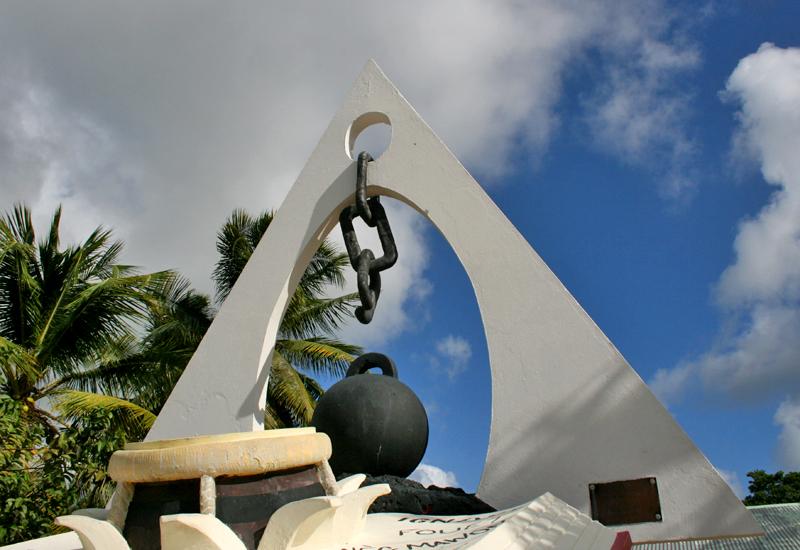 City of Saint François, monument to the memory of slaves, broken chain, message of freedom 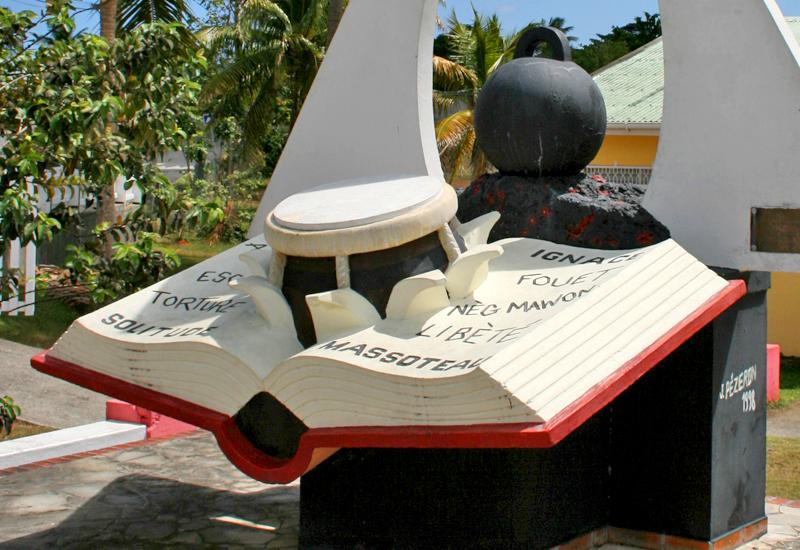 Monument to the memory of slaves - Saint-François. The book of memory 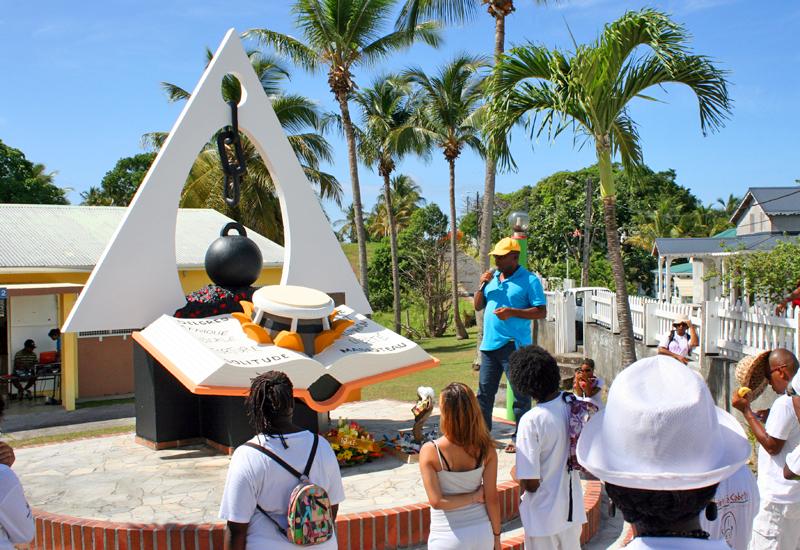 Each year, the abolition of slavery is commemorated