This column, composed of granite, marbled stone, bronze, and wrought iron, was erected in 1920. It contains a number of symbols appropriate to such a memorial. The base is inscribed with the names of the dead and words evoking their heroism and sacrifice for country. The top of the base features the monogram of the French Republic (RF) with crown. The pink granite column features a palm frond (symbol of martyrs and distinction), the Christian cross, and the Maltese Cross (bronze, the two crossed swords of the French “Croix de Guerre” military cross, established by the Law of April 8, 1915). At the top of the column, overlooking the monument, stands an angel who has lost its wings during a hurricane, holding a crown of laurels. Next to the pedestal, a dying soldier presses a flag to his breast.
The participation of Guadeloupian soldiers in World War I was emblematic of their recognition as full citizens, on equal footing with those of mainland France. With war looming, the French National Assembly, under pressure from the representatives of the Antilles, passed the Law of 1913 authorizing colonial citizens to perform their military service in France. The first conscripts left Guadeloupe in October of the same year. Many of them faced great difficulties in adapting to the language, climate, sanitary conditions, etc., of mainland France. Guadeloupe dispatched over 11,000 soldiers to colonial contingents or mainland units; 1,470 of them died in action. After the war, the French government provided for the erection of war memorials in every commune, both to pay homage to those who were lost, and to promote societal unity. 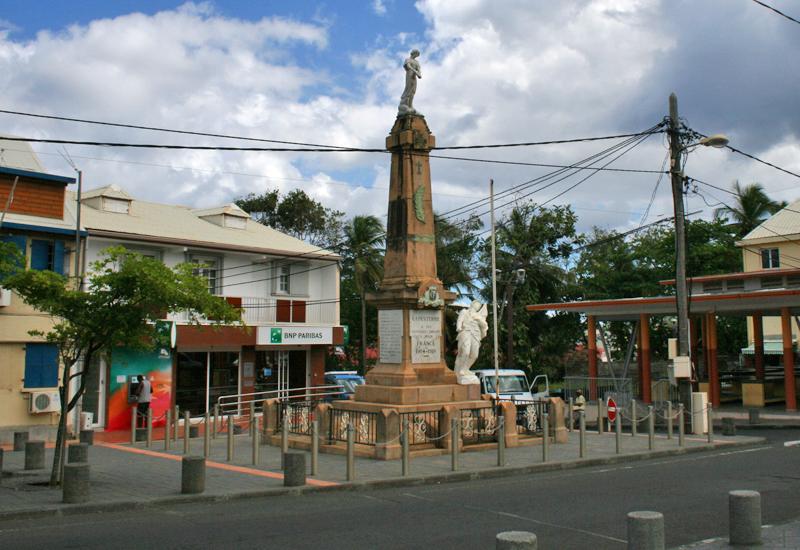 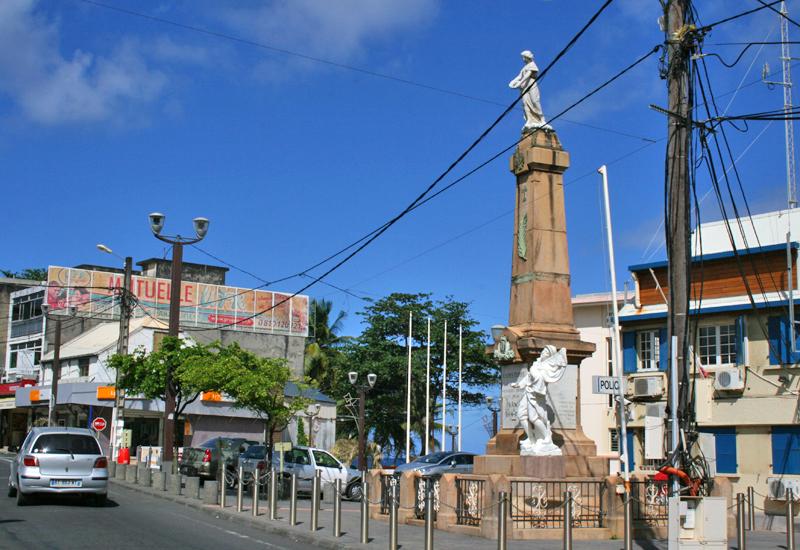 On the column were placed the palm, the Christian Cross and the War Cross decoration 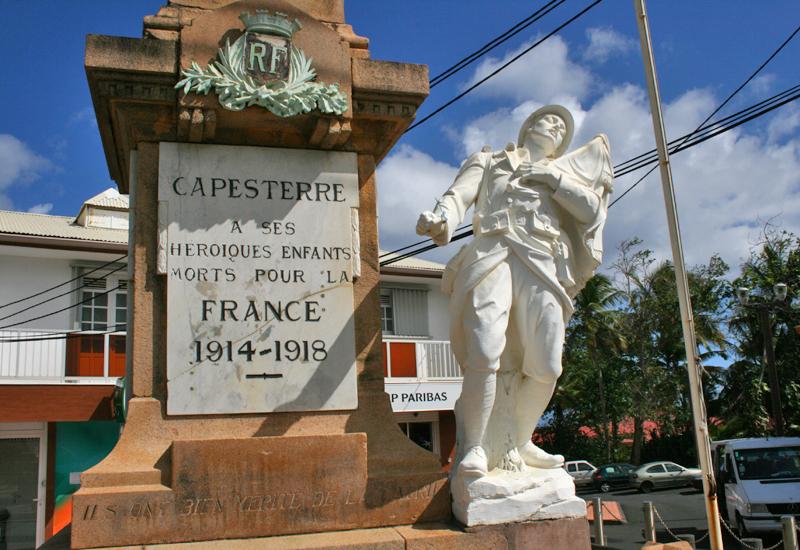 Sacrifice for the fatherland, the dying soldier squeezes the flag over his heart 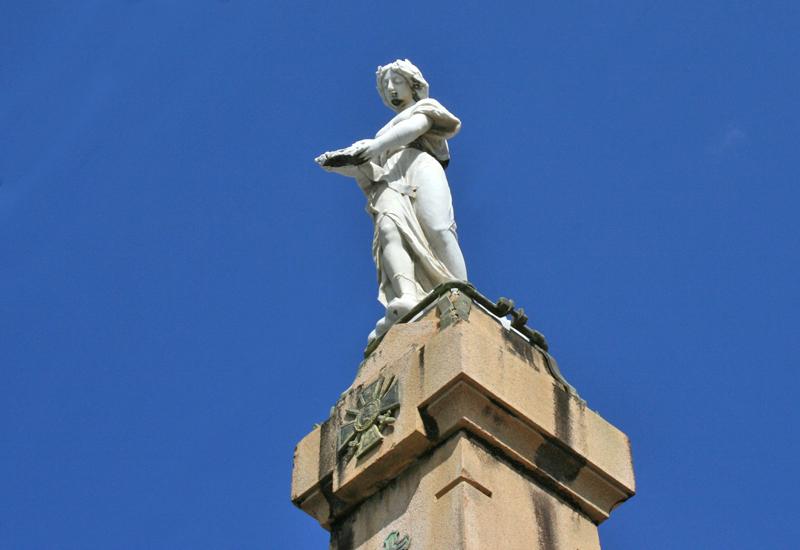 The angel, who lost his wings during a cyclone, holds the laurel wreath