The memorial was unveiled on December 26, 1937 in the presence of Félix Eboué, then governor of Guadeloupe. It is the work of ceramic artist, Baldjian. The concrete obelisk, with a missile shape on top, contains four illustrated panels, one on each side. On one panel, the image of Marianne offers a laurel wreath to the “heroic children who died for the motherland, 1914-1918,” her face expressing a mixture of mourning and victory. Above the symbolic image of Marianne are the letters RF (République française), rarely seen in Guadeloupe. Another panel evokes martyrdom by means of a Guadeloupian Marianne, eyes closed, with a cross as a symbol of mourning and a palm leaf, symbolic of martyrs. The third panel depicts a Caribbean Marianne as a mother, supporting her son as he breathes his last. Her gaze is fixed upon the final panel, where the same man is depicted semi-naked, with black skin and an athletic body. He has a rifle in one hand, while his other arm, stretched towards the sky, points to cavalry, cannon and a fighter squadron, representing the three military branches. He is the brave son who died on the battlefield in the previous panel. Note the French flag at half-mast and the presence of an anchor: possibly a reference to the colonial troops. At the base of the monument, on three sides, are inscribed the names of the 43 soldiers who died in the “Great War.” 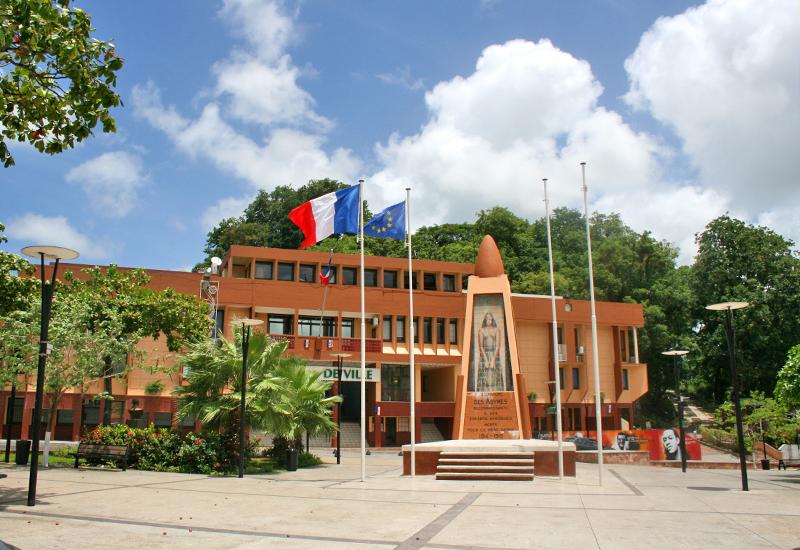 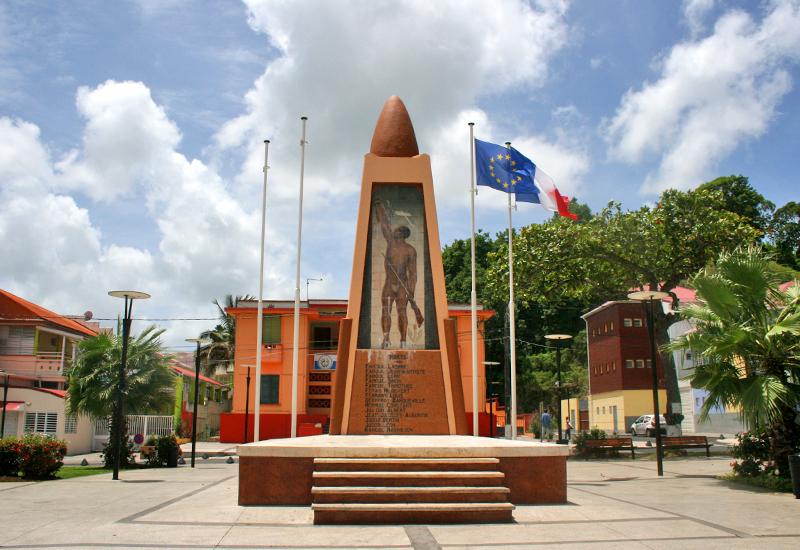 The concrete obelisk, in the shape of a bombshell, has 4 sides with evocative scenes 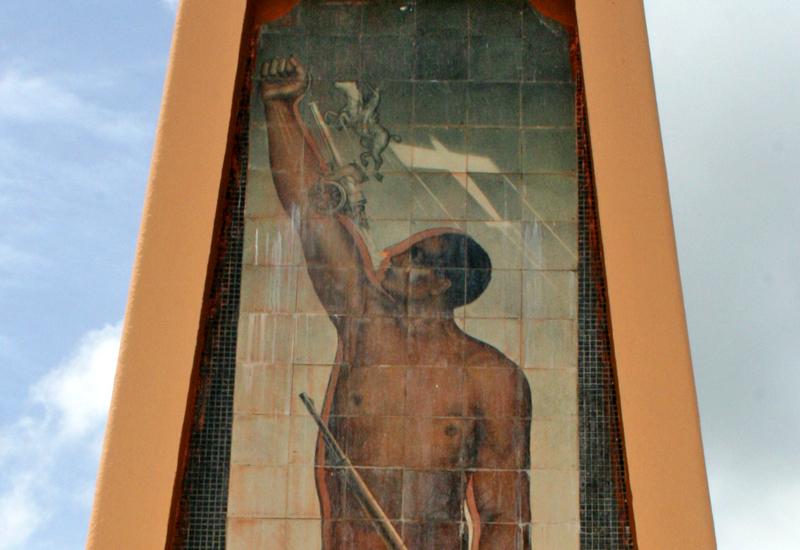 The valiant Antillean, a rifle in one hand while the other arm stretched towards the sky projects cannon, cavalry and squadron 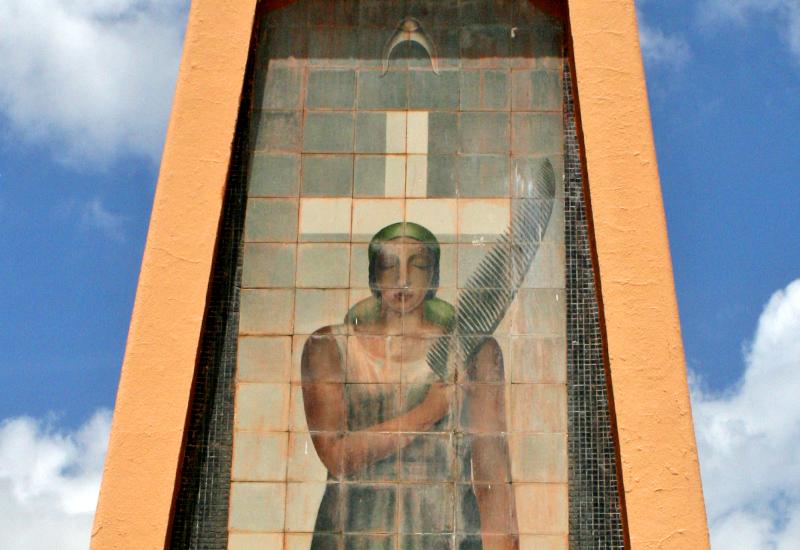 Marianne, symbol of the republic, presents the laurel wreath to “heroic children who died for the Motherland”