Inaugurated in 2006, the open-air theater located at the site of the former Crâne plantation features grassy tiers that serve as bleachers in an amphitheater setting. The Théâtre de Verdure hosts many performances, concerts, and other types of events. A place of gathering and celebration, it also has its serious side, inviting visitors to reflect on the importance of memory as they contemplate the monumental work “Hommage à l'abolition de la servitude“ (“Homage to the Abolition of Servitude”), by Swedish artist Erik Dietman (March 1996). Atop the remnants of a dilapidated dwelling, enormous shell-encrusted rocks are piled, the entire structure bound in heavy chains. An extension ladder protrudes from the top. Nearby stands a bust depicting Louis Delgrès, a pivotal figure in Guadeloupe history. Delgrès was born on August 2, 1766, in Saint-Pierre, Martinque, and died on May 28, 1802, at Matouba in the commune of Saint-Claude, Guadeloupe. Infantry Colonel of the armed forces of Basse-Terre, Delgrès was an abolitionist famous for his anti-slavery proclamation of May 10, 1802, a high point of the Guadeloupian resistance to the Napoleonic troops who came to reinstitute slavery under the command of General Richepanse. Having taken up arms against these troops, Delgrès withdrew into Fort Saint-Charles, which he then abandoned following fierce combat, to take refuge at the d’Anglemont Plantation in the Matouba heights. Faced with being robbed of their freedom, he and his followers chose the sacrifice of death, igniting their gunpowder stores and committing suicide in the process. 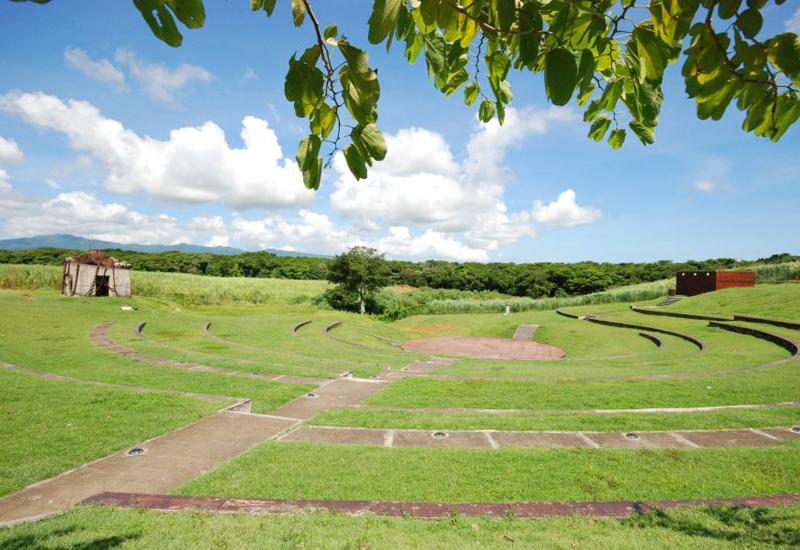 At the site of the former Crâne dwelling 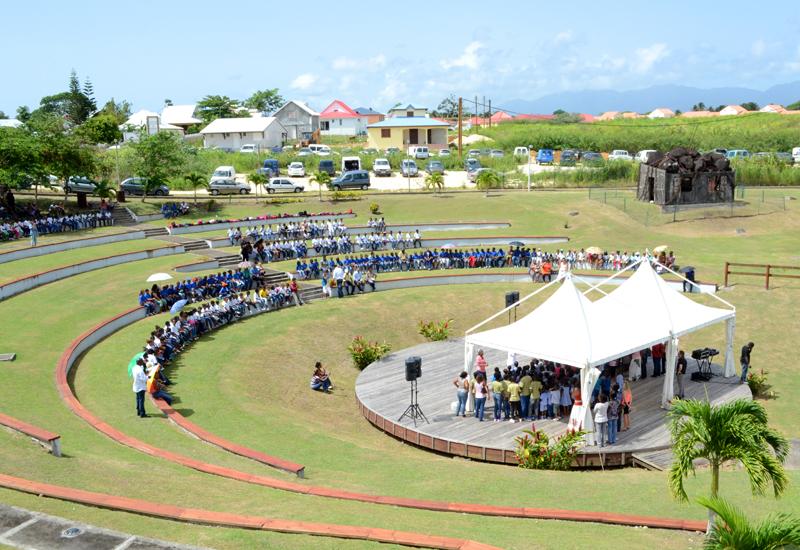 Place of shows and meetings 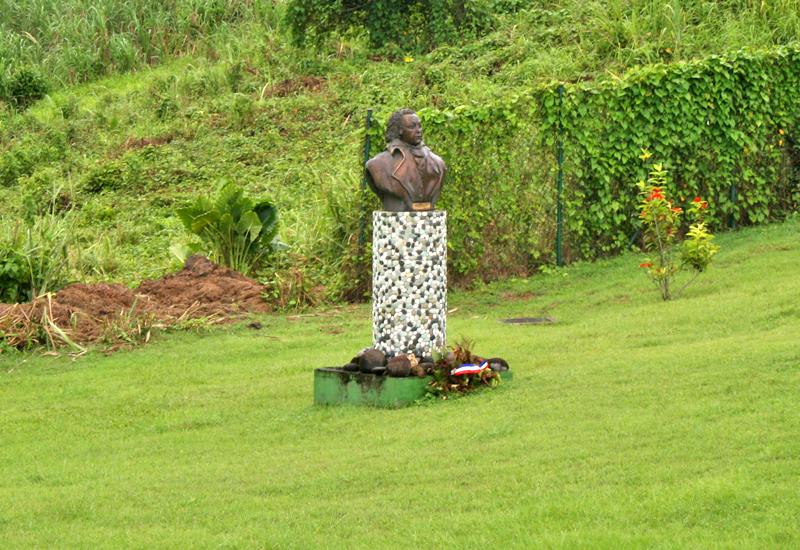 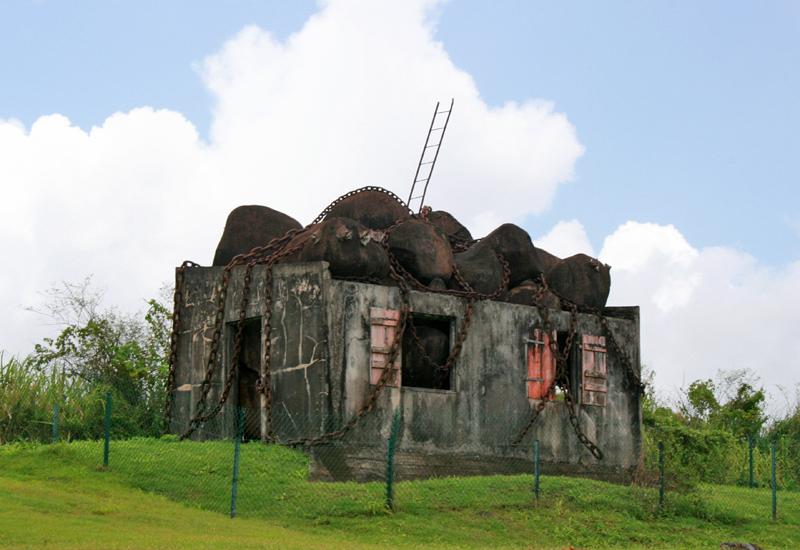 Homage to the Abolition of Servitude