Presently the property of the Dormoy family, this plantation was once inhabited by the family of poet Alexis Saint Léger, better known as Saint-John Perse, who spent a portion of his childhood here. Construction of the current house was begun in around 1850. In the early 20th century, a second story was added to the left wing; the right wing was added much later. Front galleries extend halfway around the house. The gardens feature many botanical treasures that have withstood the ravages of hurricanes:  bowers of “roses-porcelaines” (torch lilies), a collection of Latan palms, hundred-year-old mango trees, Cuban royal oreodoxa palms, and a beautiful olive tree standing guard to the left of the central structure. The site was originally home to the Bois-Debout sugar factory, established by Jean Poyen in around 1713. Its water mill was fed by a nearby canal. The residence was destroyed by an earthquake in 1843. The graves of Jean Poyen and his wife, Anne Agnès Gressier—along with that of their son, Jean-Baptiste de Poyen Belliste—may be seen on the grounds. Of the original building only the gate, its pillars, and its steps remain. Remaining vestiges of the sugar factory and distillery include a wall of the mill, the smokestacks, and the tall water wheel. Water was channeled across the estate from the Grand Carbet River. 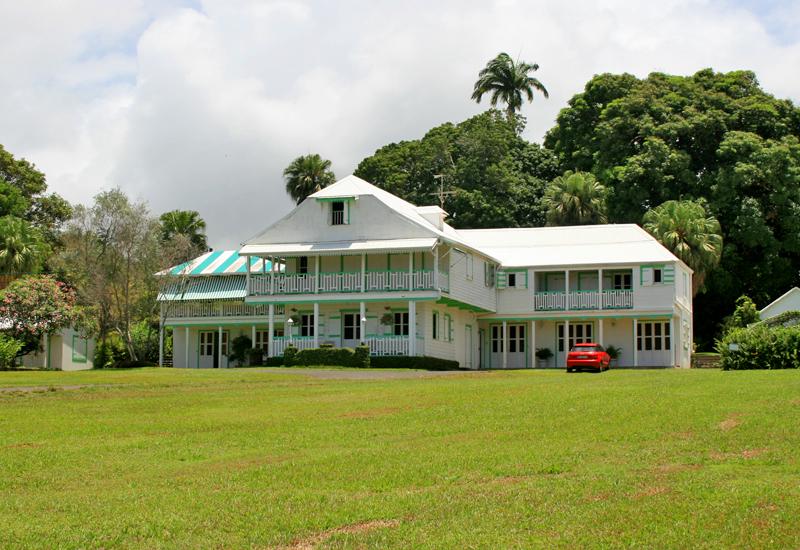 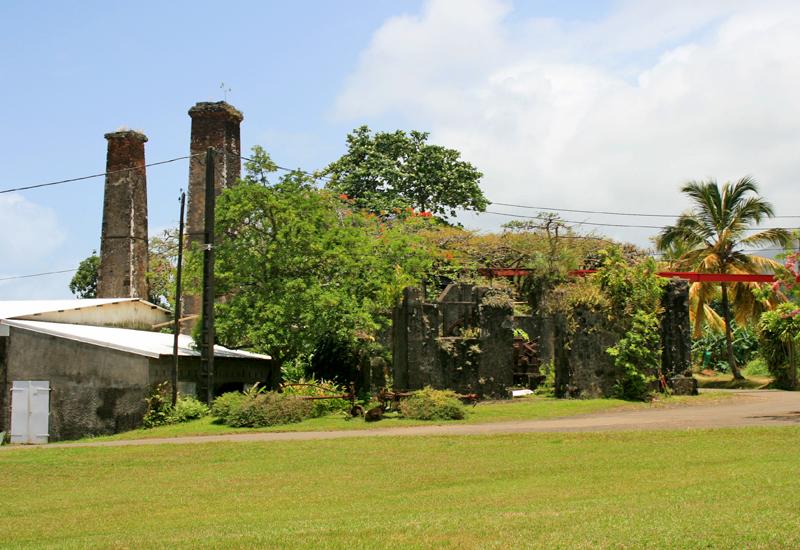 Habitation Bois-Debout. Remains of the old factory and pillars of the aqueduct 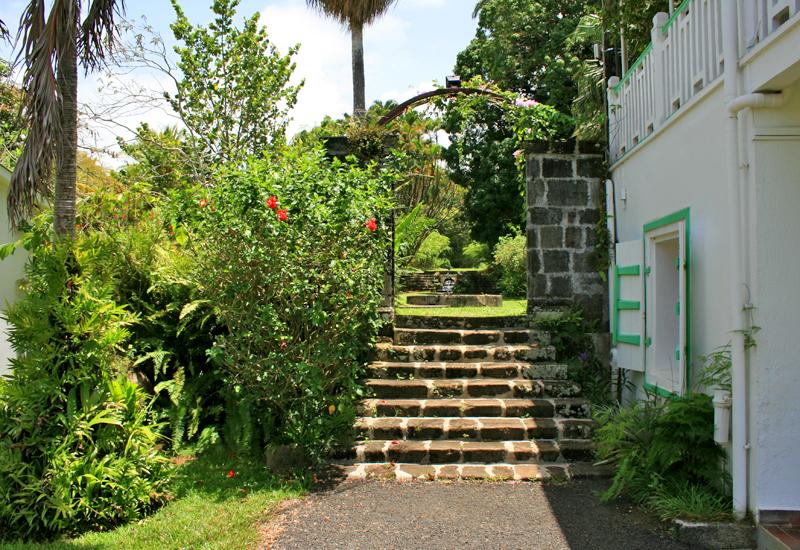 Guadeloupe - Habitation Bois-Debout - Capesterre Belle-Eau. The staircase and the gate of the eighteenth are only preserved: 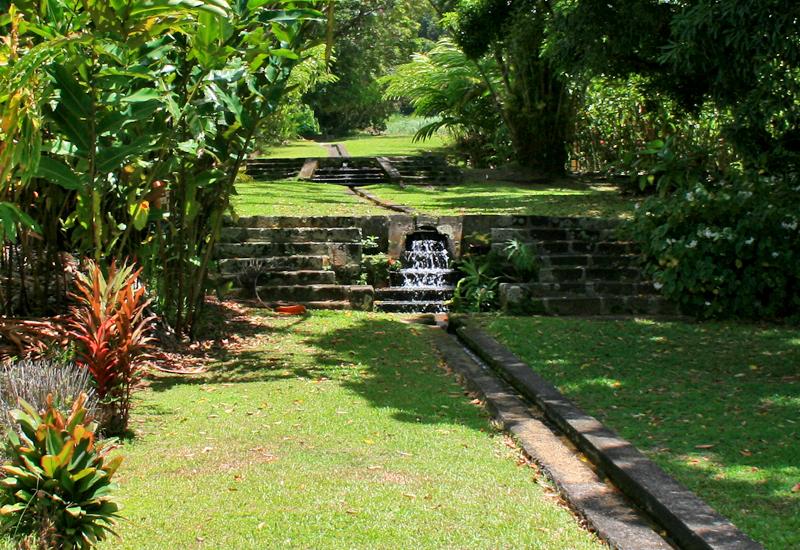