The church, which is a Bâtiments de France listed period building, was designed in 1930 by Ali Tur, the architect appointed by the French government following the devastation caused by the hurricane of 1928. The façade consists of a high central span, reminiscent of the style of a pagoda. (In fact, several of the church’s features draw their inspiration from oriental architecture.) Note the impressive central nave: reaching a height of 13 m., it is lit by a series of very fine vertical stained glass windows. The interior decoration is the work of Antoine Marius Gianelli, an artist from Marseilles who settled in Guadeloupe. The tower has often been compared to a minaret. Nearby is the presbytery, also the work of Tur: of Neoclassical inspiration, it is testimony to a simple architectural approach. 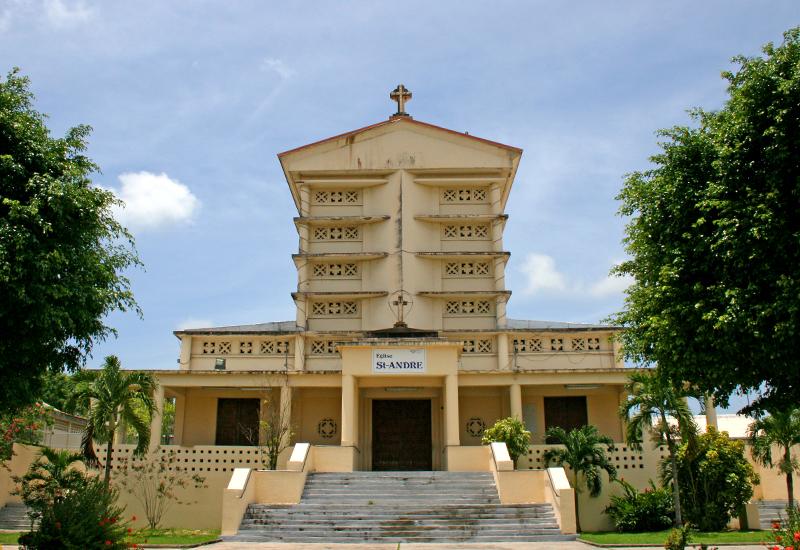 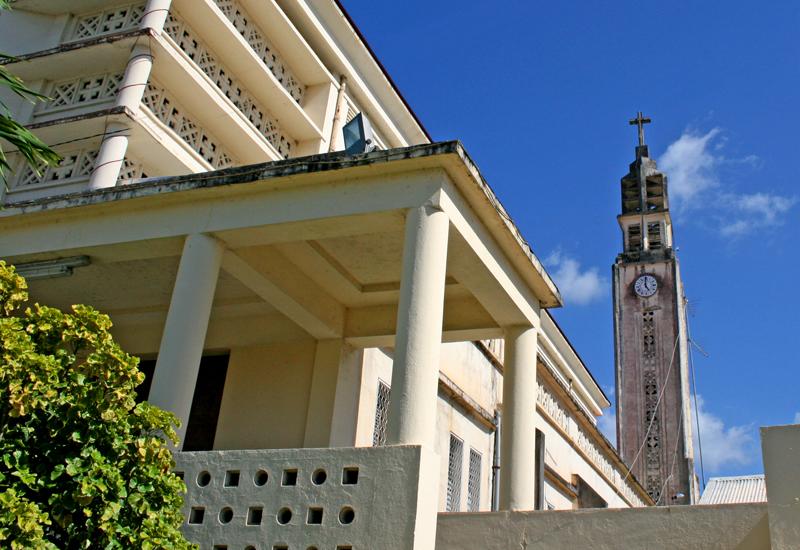 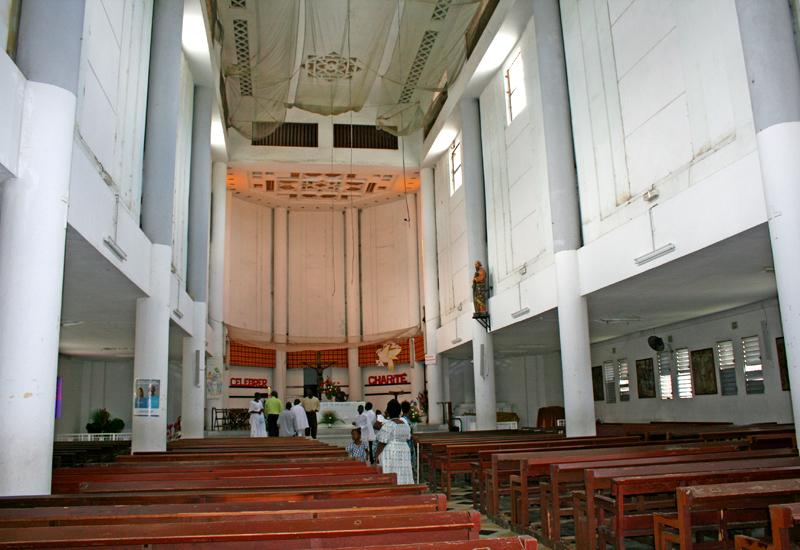 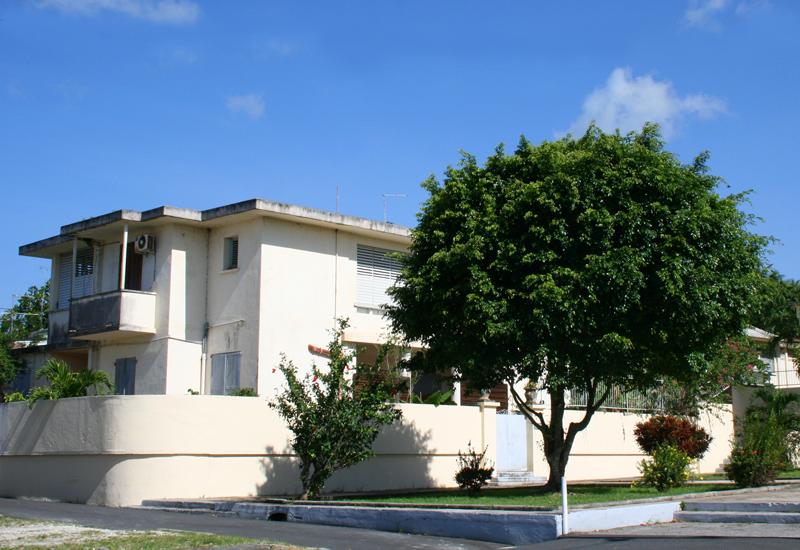