Fort Napoleon stands atop Morne Mire (“Target Hill”) on the ruins of Fort Louis (built in in 1773 under Louis XVI and destroyed in 1809). The fort was built in two stages, from 1845 to 1849, and then from 1857 to 1867 under Napoleon III. It was designed according to the principles of Vauban, with walls embedded in ditches fronted by earthen slopes and featuring as its primary element of defense triangular bastions.
When the garrison departed in 1889, the fort closed its doors, having never endured so much as a gunshot. Between 1940 and 1942, it served as a political prison under Governor Sorin, who imprisoned Guadeloupe statesmen Paul Valentino there. Today the fort, classified as a historic monument in 1997, is open to visitors who wish to explore its vestiges (bunker, powder magazine, prison, and bastion) or tour the Saintes Museum of History and its “Exotic Garden.” It also features a spectacular panoramic view. Open only in the morning. 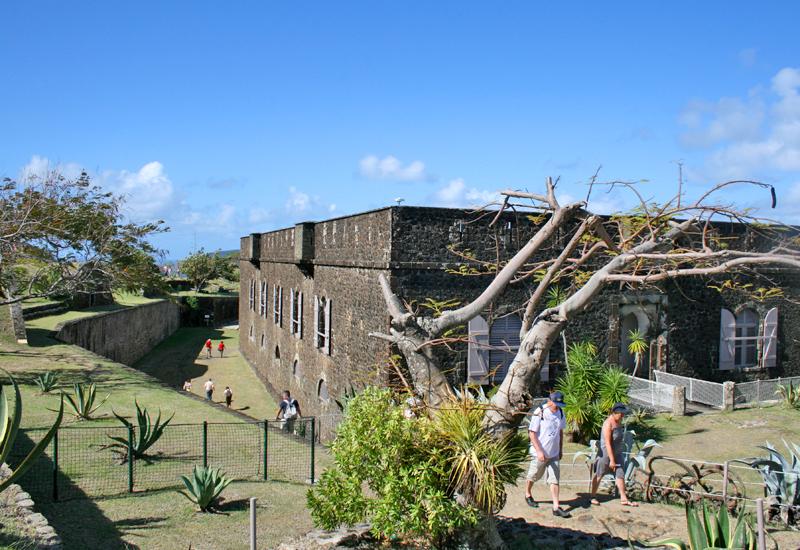 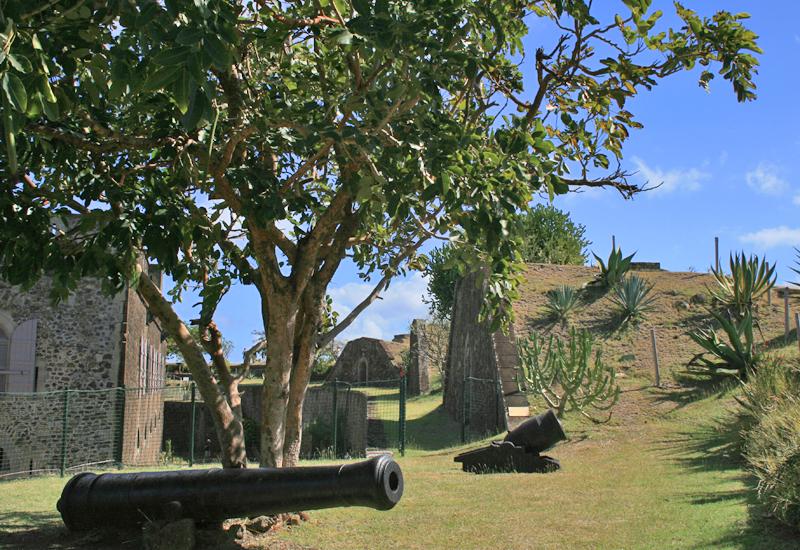 Embellished with a vast exotic garden 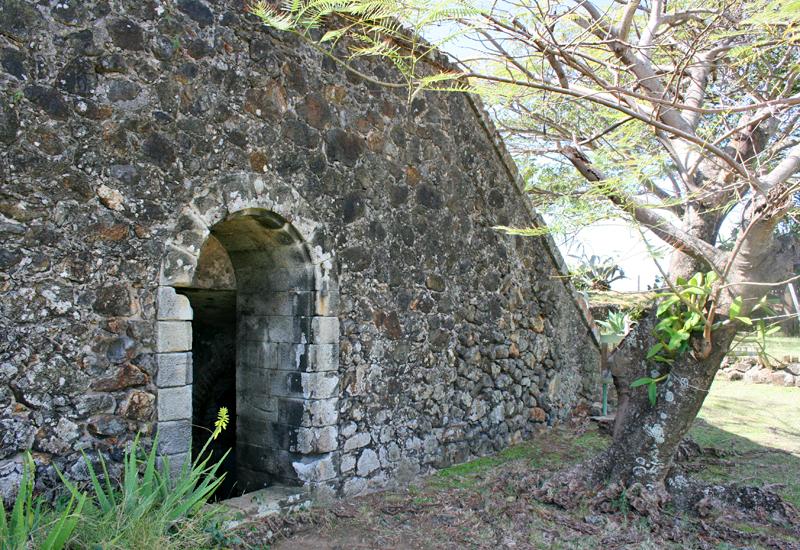