Built in 1840, this windmill was classified as a historic monument in 1983. It is the last remaining vestige of a sugar plantation, and is among the rare mills to have been upgraded with a modern structure and equipment in the late 19th century. The mill is built entirely of dressed stone. It has three cast-iron rollers arranged horizontally for more efficient cane crushing. The roof was designed to hold up under the most violent winds. The mill ceased operating in 1920. However, in 1994, the “worksite school” in Guadeloupe restored it to its original state and made it functional again. As a safety precaution, during the hurricane season, the sails are removed. 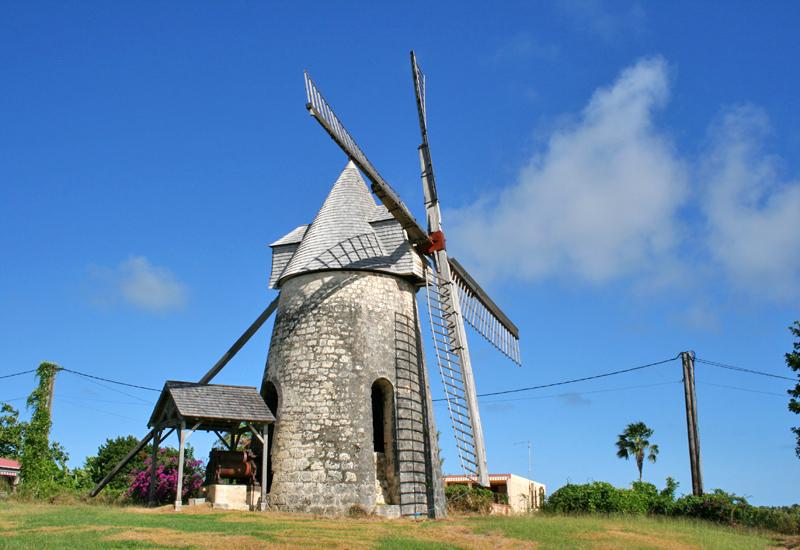 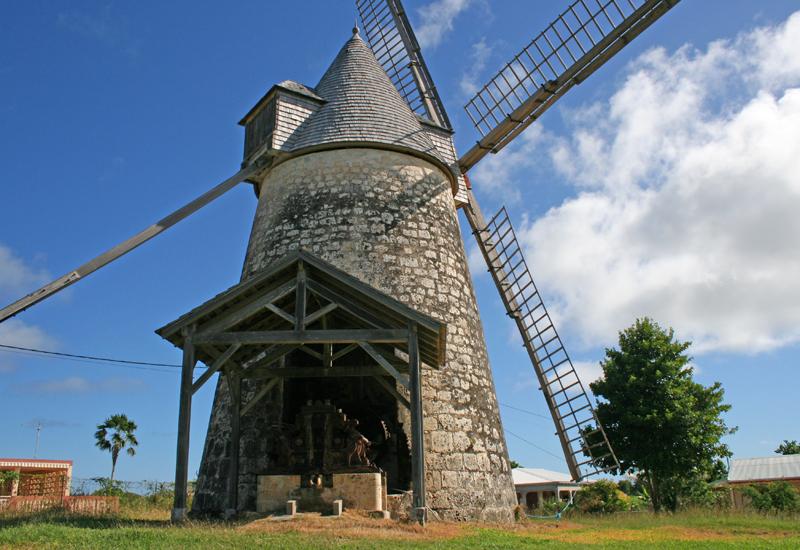 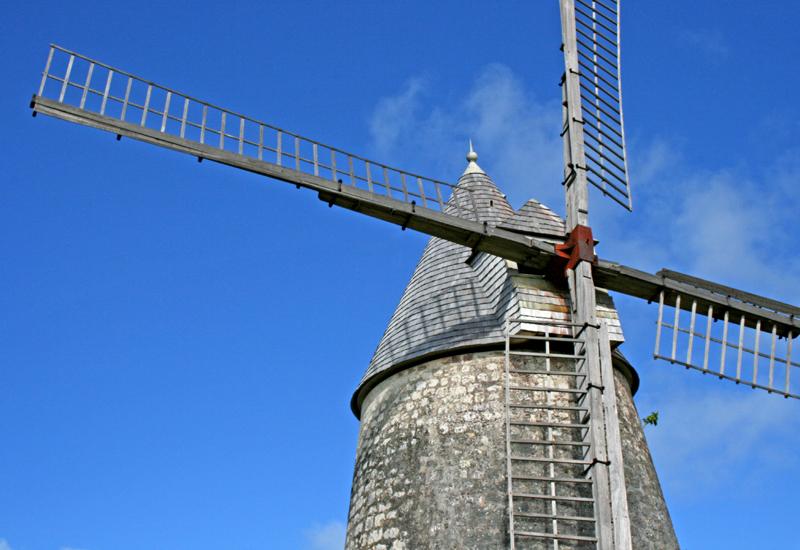 Bézard mill. The wings are dismantled during the cyclonic period