This stele, situated in Richeval, was inaugurated on May 27, 2013 as part of a broader commemoration of the abolition of slavery. It depicts infantry Colonel Louis Delgrès who, having signed the anti-slavery proclamation of May 10, 1802, led the resistance against the consular troops of General Richepance, which were sent by Bonaparte to re-establish slavery on the island.  Delgrès died at Matouba on May 28, 1802. 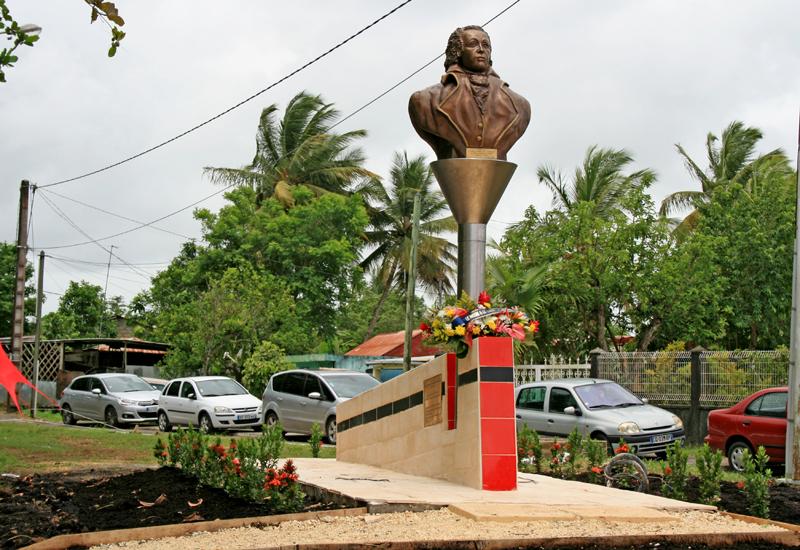 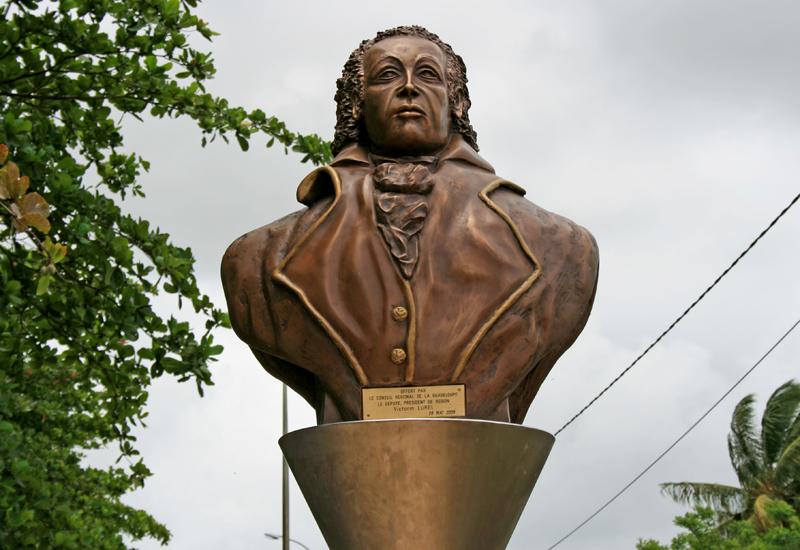 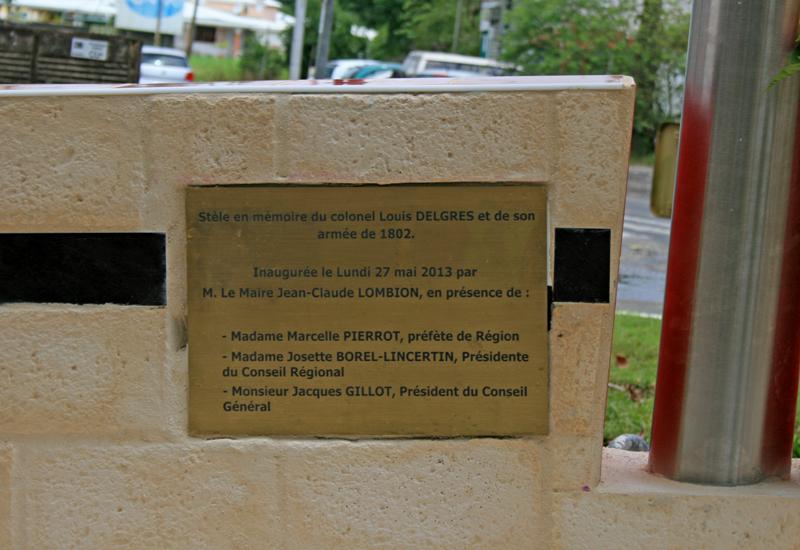