Both a sugar and a coffee plantation, Claire Fontaine extended over nearly 230 hectares in 1780 and employed over 200 slaves. A dungeon was built during that period, whose vestiges remain. When it was established as a sugar plantation in the second half of the 17th century, Claire Fontaine ran on hydraulic power from a canal. After this mechanism was destroyed by the hurricane of 1865, the owners installed a steam engine, a much more efficient energy source. The estate’s main house was particularly well constructed. It belonged to Georges de Bologne Saint-Georges, whose son by a slave, Joseph, moved to Paris where he was christened the Chevalier de Saint-Georges and became a champion swordsman and eminent composer in the late 18th century. In the late 19th century, the property was owned by Oscar Bernus, who modernized its equipment (upgraded machines, rebuilt the smokestack, etc.). On the site you can see the grave of Alfred d'Alaret-Solier, a sugar inhabitant, owner around 1801. 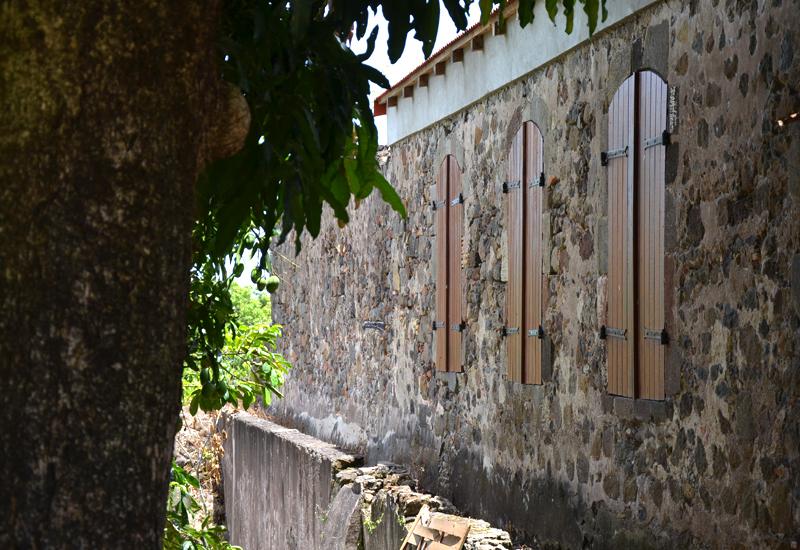 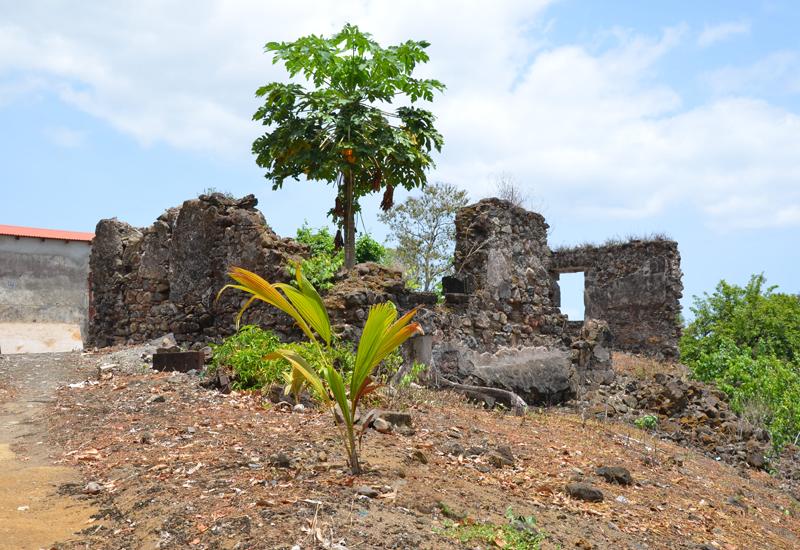 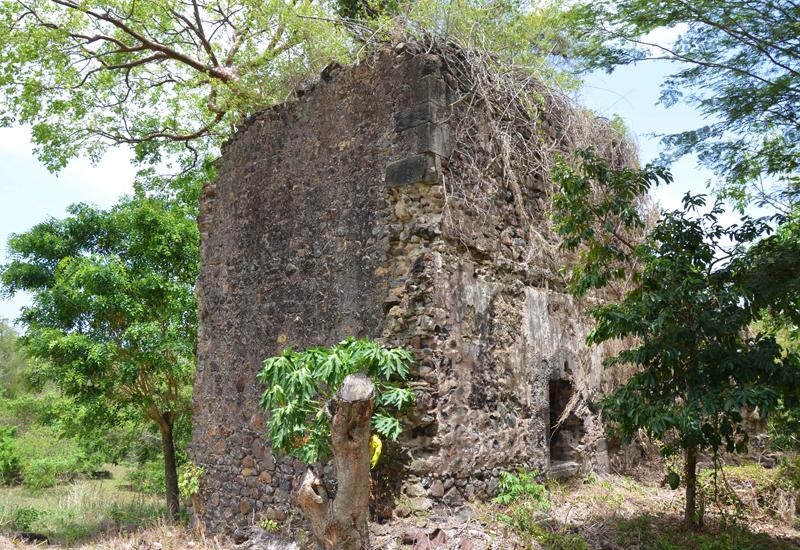 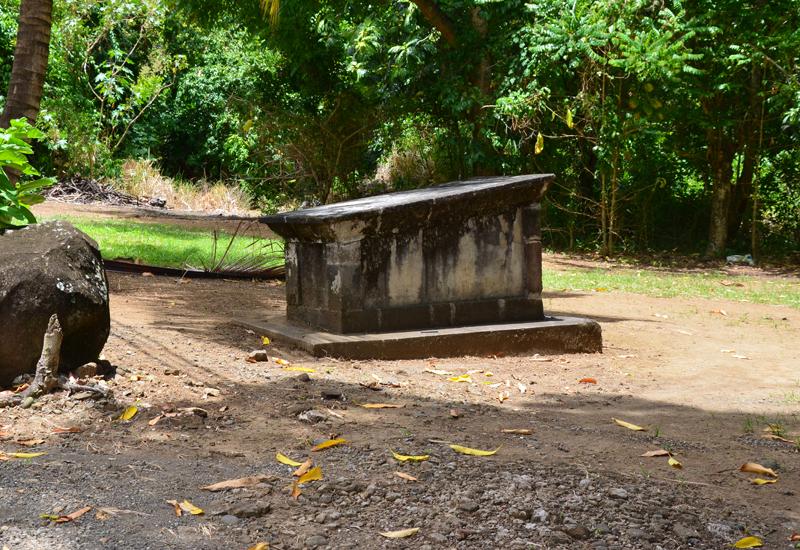