Constructed of reinforced concrete in the model of a Roman basilica, Saint-Charles Borromée church replaced a small chapel that had previously occupied the site. Its location, architecture (by French architect Pierre Isnard), and interesting history make it an exceptional landmark. Its façade and high, quadrangular campanile-like bell tower attract the eye, especially at night, when they are illuminated. Damaged a number of times, the church was reconstructed each time thanks to the commitment of its parish and the efforts of Father Nio, who died in 1991 and was laid to rest inside the church. The organ, installed in 1979, was built in 1886 by the famous German-born organ maker, Joseph Merklin. 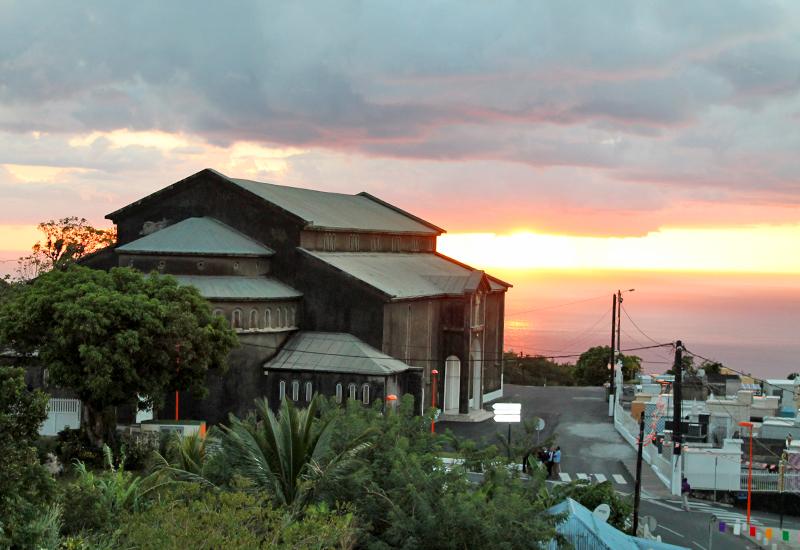 Church of St. Charles Borromée - Gourbeyre Guadeloupe. At the time of vespers 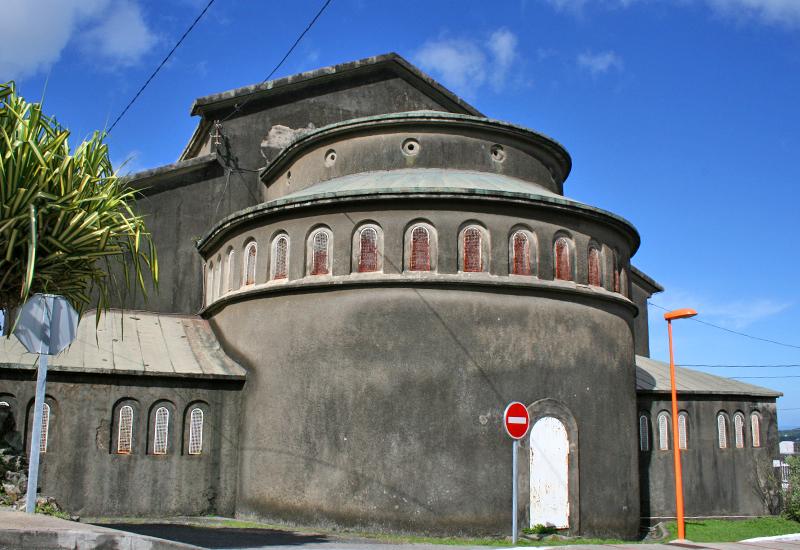 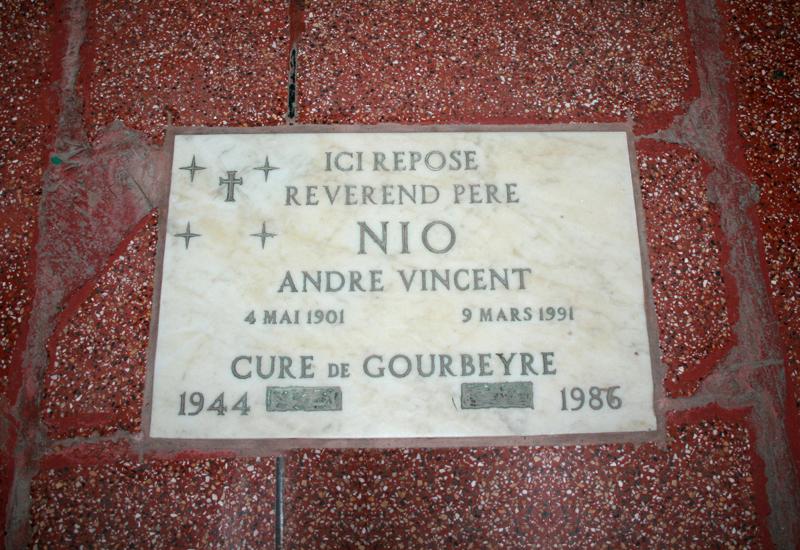 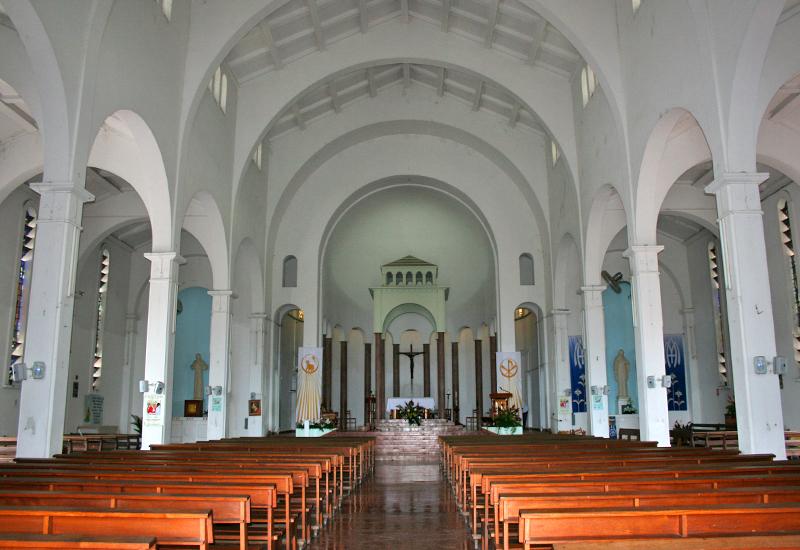