Located at the Pradel traffic circle, this oxidized bronze statue was commissioned by the Conseil Général of Guadeloupe, and inaugurated on January 19, 2008. Entitled “Martin Luther King, or The Speech,” this work by sculptor Didier Audrat stands one meter, 95 centimeters tall and weighs 420 kilograms. It depicts the famed orator facing a crowd, one hand resting on his pulpit, the other raised in a persuasive gesture. The Reverend Martin Luther King is shown wearing pastor’s robes draped to reveal street clothing. He is thus represented in all of his facets:  man of faith, political activist, and engaged citizen. The statue recalls his non-violent struggle for equality and against segregation. It promotes recognition of black history and reflection on our own hopes for society, and evokes the famous “I Have a Dream'' speech of August 28, 1963, on the steps of the Lincoln Memorial. Martin Luther King was born in Atlanta, Georgia, on January 15, 1929, and was assassinated on April 4, 1968, in Memphis, Tennessee. A Baptist minister, he fought for black civil rights in the United States and was awarded the Nobel Peace Prize in 1964. 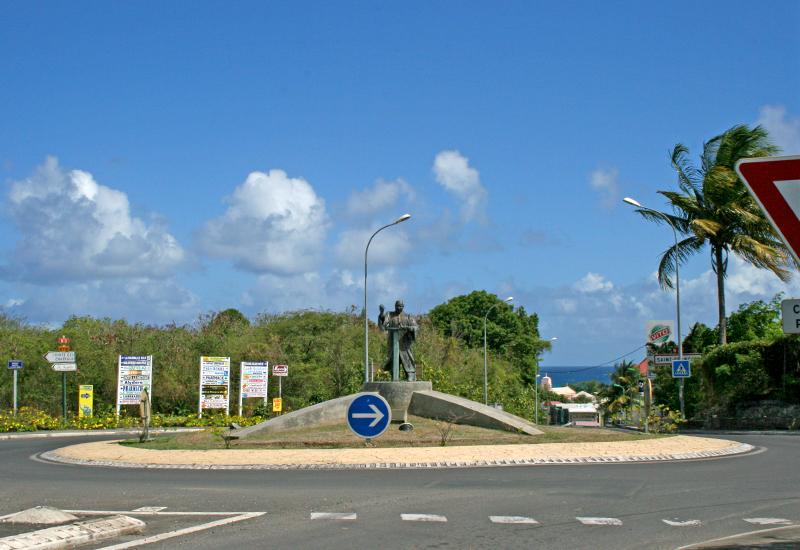 At the roundabout of Morne Pradel and Martin Luther King Avenue 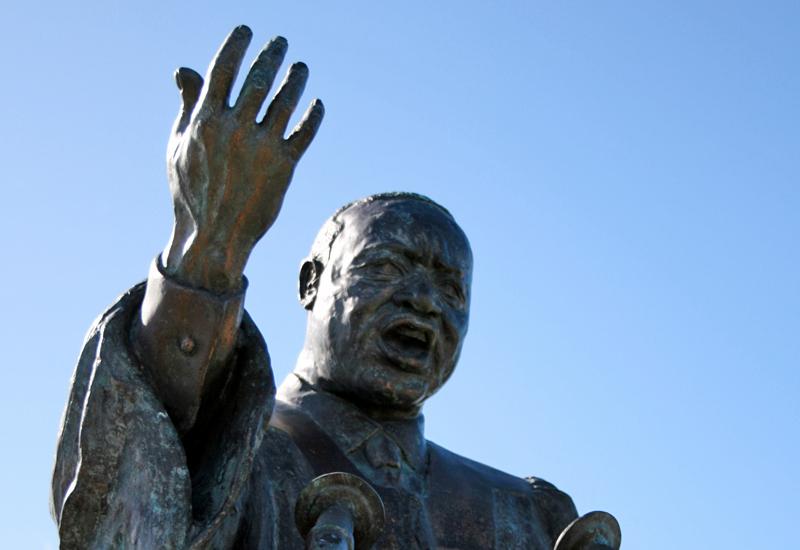 Convincing speaker in front of the crowd 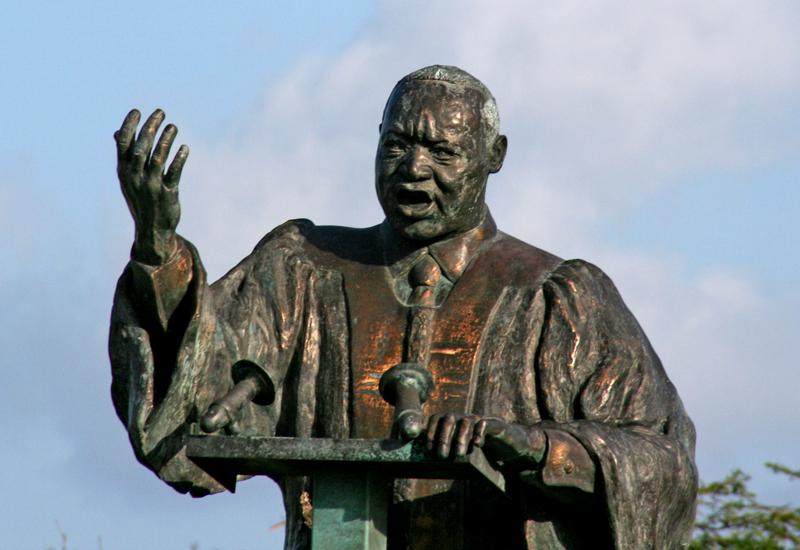