From 1756 to 1808, this large plantation was owned by the Brun-Beaupin family. The wooden master’s house—a one-story 1920s structure with gallery and hipped roof —collapsed in 1964 during Hurricane Cléo. In the 1950s, it had been abandoned for a concrete house. The most decorative element of the old sugar factory was the bell. It is still present here, mounted on a wooden chassis bearing the inscription “1772.” Basse Terre, rich in rivers, began building water mills in the early 18th century. Until the 1830s, these were equipped with three vertical rollers (“rolles”) with wooden cores sheathed in cast iron. The rollers were activated by the paddle wheel, which was driven by water channeled to the mill through a system of canals. Later, metal rollers were installed on horizontal mills, yielding higher crushing rates for better juice extraction. Although steam-powered mills were installed in the late 19th century, the use of hydraulic energy remained widespread. It was not until the 1920s that the majority of distilleries were running on steam. 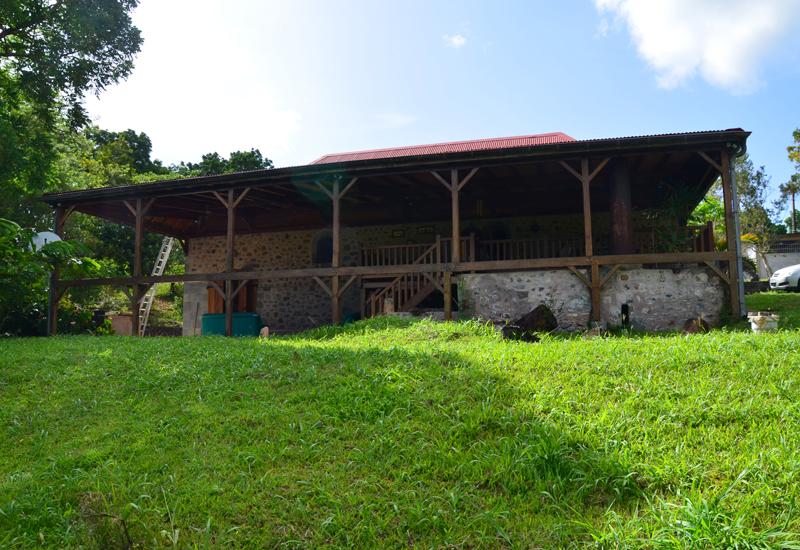 Habitation Saint-Louis. On the site of the old mansion, a recently built building 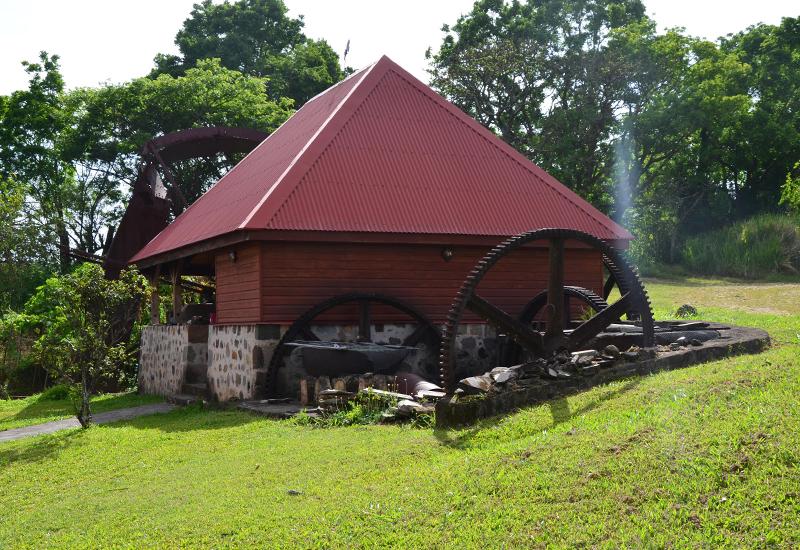 After 1850, the wooden wheels were replaced by metal wheels 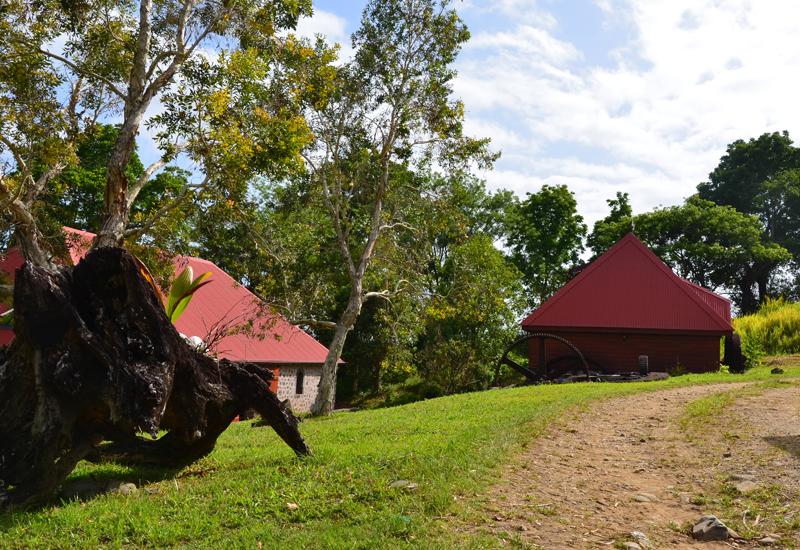 Habitation Saint-Louis. Park and buildings have been carefully restored 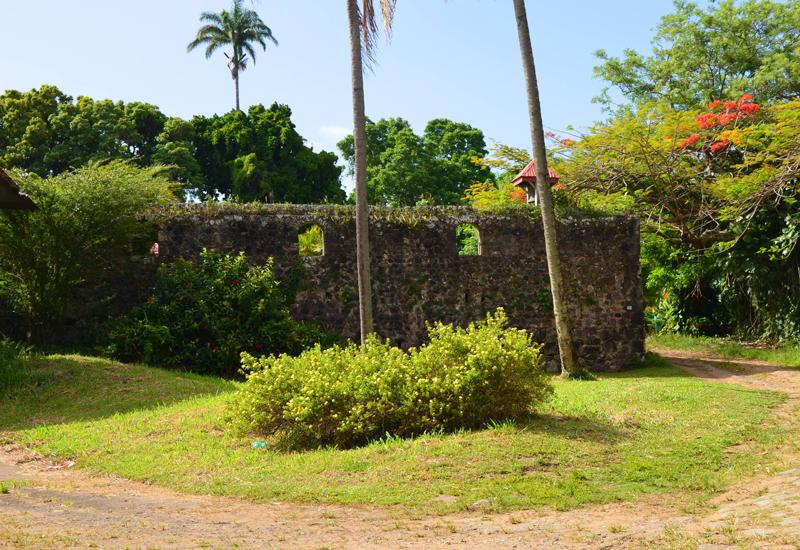