Initially built in 1840, a misunderstanding between bishop and parishioners left restoration work languishing until 1933. The parish then found itself without a priest, and it was not until 1943 that, at the initiative of the newly appointed Father Retailleau, construction finally resumed. Completed in 1947 and consecrated on April 7 of that year, Saint Peter and Saint Paul Church stands as a symbol of local unity and community resolve:  church annals indicate that it took 3,500 days of labor on the part of hymn-singing volunteers, a 6-meter excavation into the hillside, 600 offering envelopes, 2,000 sacks of cement, and untold voluntary laborers and pit sawyers, to complete the project. The church was expanded following Hurricane Hugo in 1989. It features a single rectangular nave with side aisles and an “inverted hull” ceiling. The bell tower is topped by a metal roof and a Gallic rooster. The wife of Governor of Guadeloupe Félix Eboué (1936-1938) is said to have donated a Tiffauges clock to the parish. 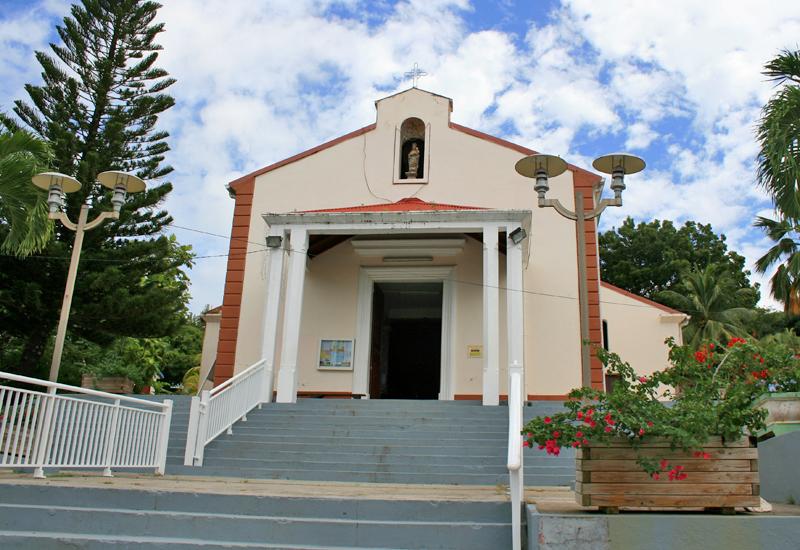 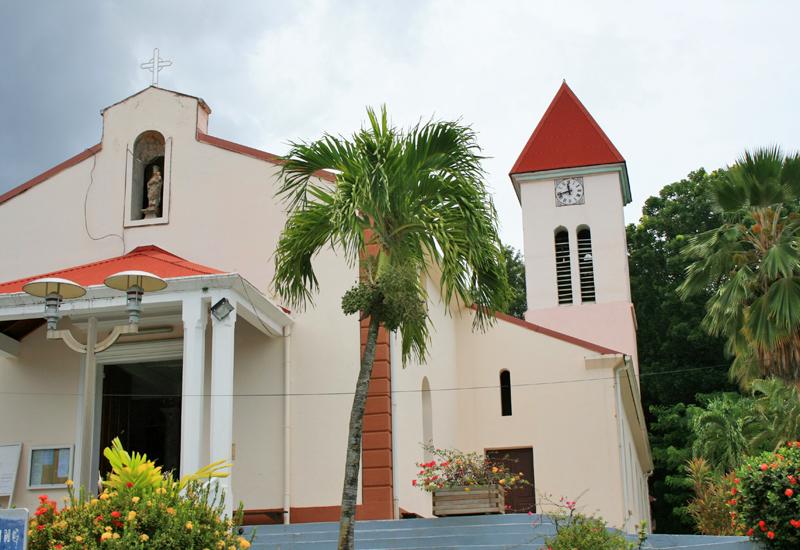 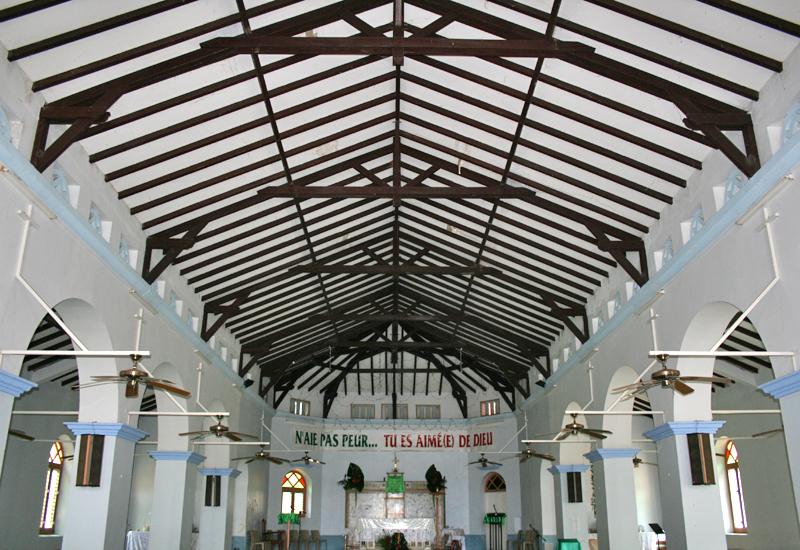 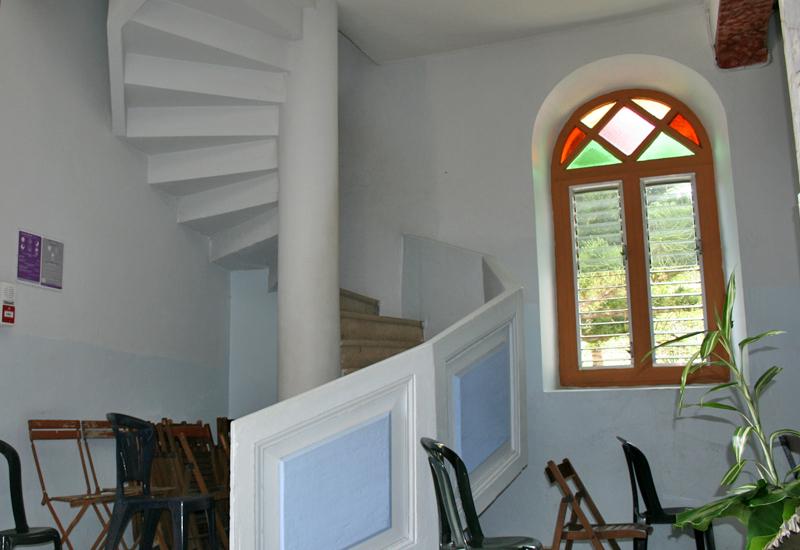 Guadeloupe, city of Deshaies, Saint-Pierre and Saint-Paul church, sobriety of the architectural treatment