On this square, a monument (created by Michel Rovelas) has been erected to honor Gertrude, a slave convicted of the crime of poisoning on the Fougères plantation in the heights above Petit-Bourg. On February 8, 1822, she was hanged by the neck and her body was burned at the Place de Petit-Bourg. The monument depicts the Négresse Gertrude extricating herself from servitude, doubled over with pain but with arm raised, signaling her will to fight. The painter, sculptor and illustrator Michel Rovelas was born in 1939 in Capesterre-Belle-Eau. After a number of years in Paris, he founded a painting school in Guadeloupe in 1972. In 1983, he created the organization GREPAC (Groupe de Recherche, d'Enseignement et de Promotion de l'Art Contemporain) for the research, teaching, and promotion of modern art. Since 2009, the “Michel Rovelas Prize,“ sponsored by the board of education of Guadeloupe, has been awarded to those who “help awaken a love of the visual arts” in children. Creator of many artistic works, in particular monumental paintings and sculptures, Michel Rovelas regularly exhibits his work at galleries in Paris, the Caribbean, and across the world. 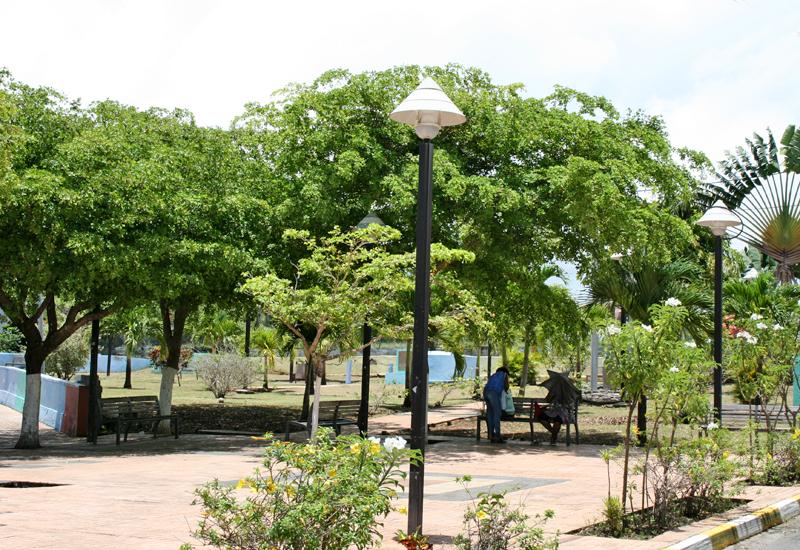