Our Lady of the Assumption Church

Five times destroyed and five times rebuilt, this current church building was designed by the famous architect dispatched to the colonies by the government, Ali Tur. The external structure, a single volume of plain geometry without transept, featuring an austere facade pierced by a single bull’s-eye window, stands in stark contrast to the ornamentation of the building’s interior, which features a central, luminous nave flanked by side aisles, with decorative tiles and stained glass windows. Note the attention to detail in the exterior steps at the porches and bays. The design both pays homage to the building traditions of Trois-Rivières and prefigures a new architectural era. Known by the French government as "architect to the colonies," Ali Tur was commissioned by then Governor of Guadeloupe Théophile Tellier to rebuild state buildings that had been damaged or destroyed by the hurricane of September 1928, in time for the 1935 tri-centennial celebration of Guadeloupe’s attachment to France. In 1929, Ali Tur opened a second agency in Pointe-à-Pitre to meet the demand of the communes, which also desired to rebuild local public, administrative, and religious edifices. 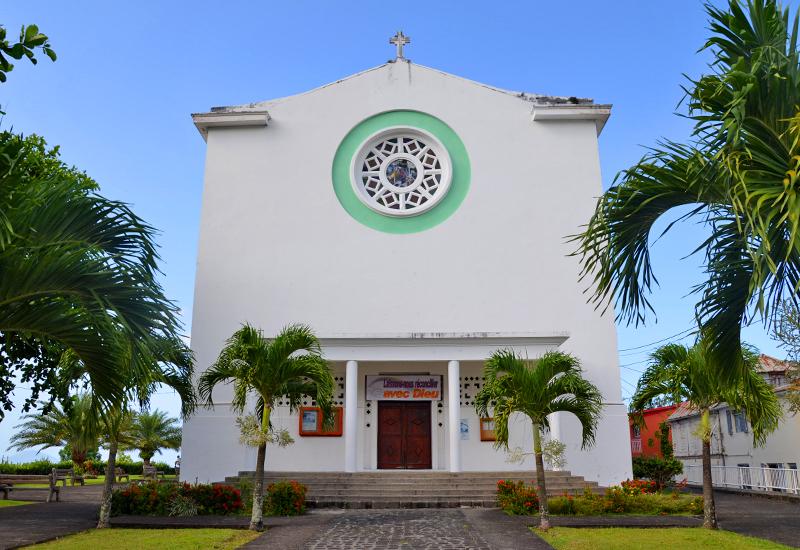 Church of the Assumption, Trois-Rivières, Guadeloupe. Facade pierced by a single bull’s-eye window 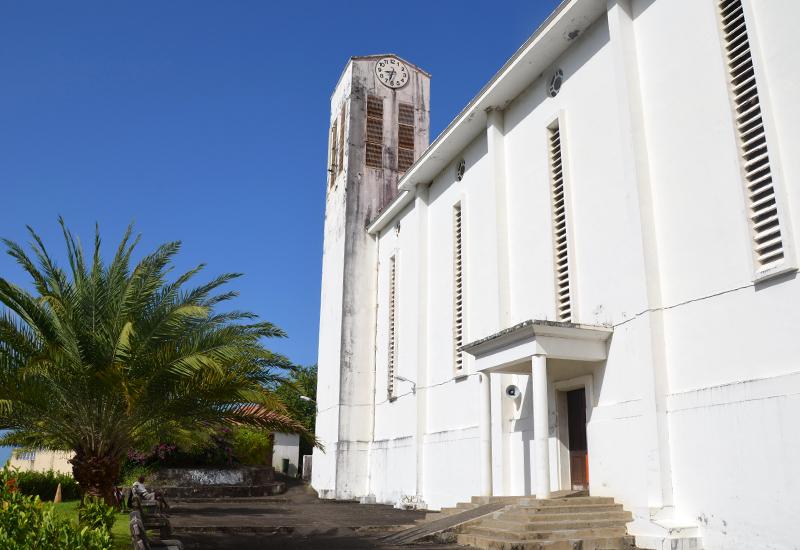 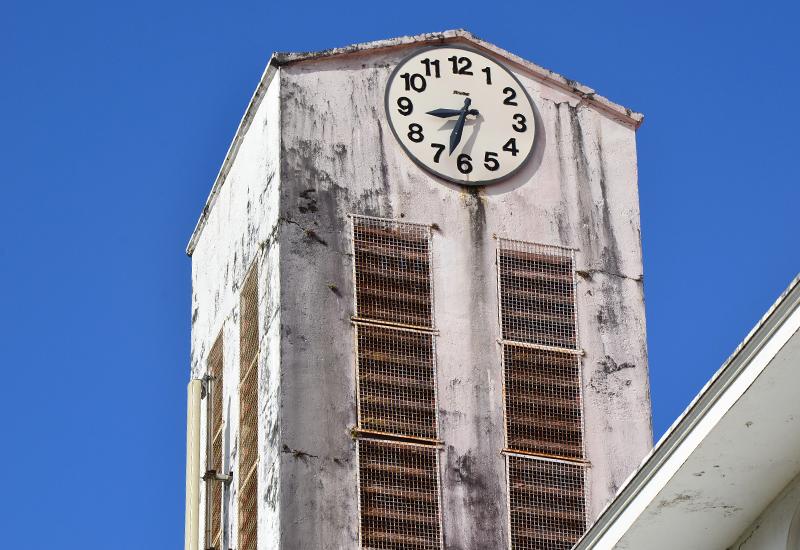 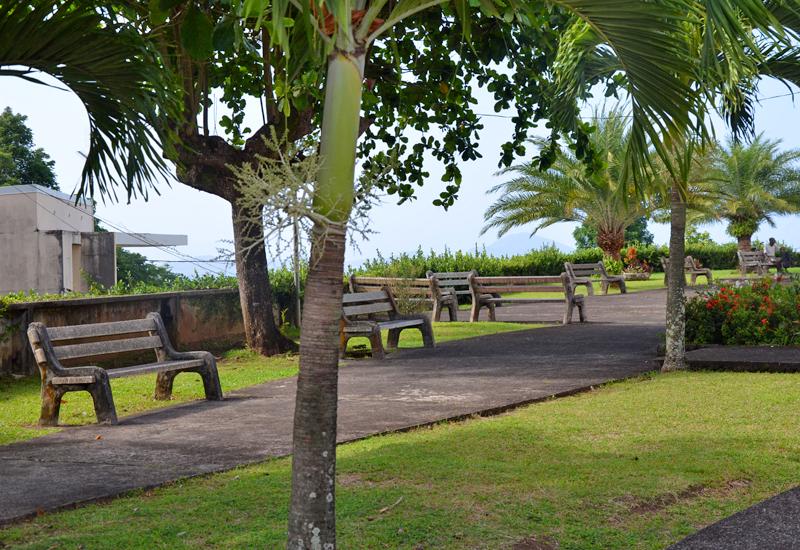