This early centralized industrial plant was built in 1844 to serve several sugar plantations, which delivered their cane to it for refining. The Duval plant was among the first generation of factories heralding the radical separation between agriculture and industry. Emblem of the sugar cane past of the area initially known as Mancenillier, the Duval factory is also notable for the fact it hired many workers from the region’s English-speaking islands. Marred by the bloody episode of 1925, the factory closed its doors in 1920. A few vestiges remain. 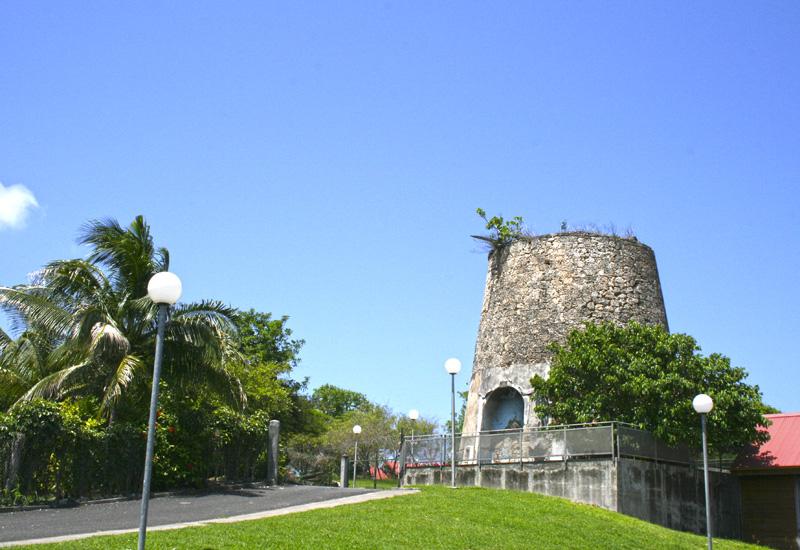 The mill has been restored 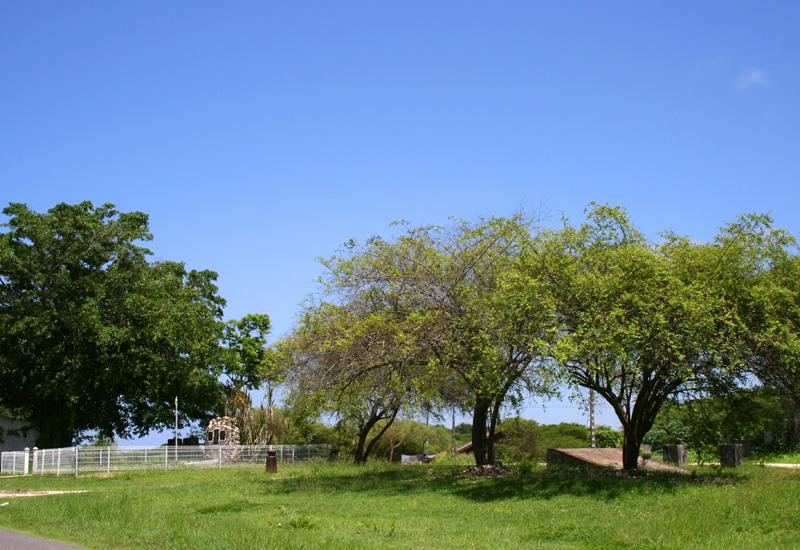 Former factory of Duval in Petit-Canal, Guadeloupe. In the middle of the ruins, the Memorial to the victims of 1925 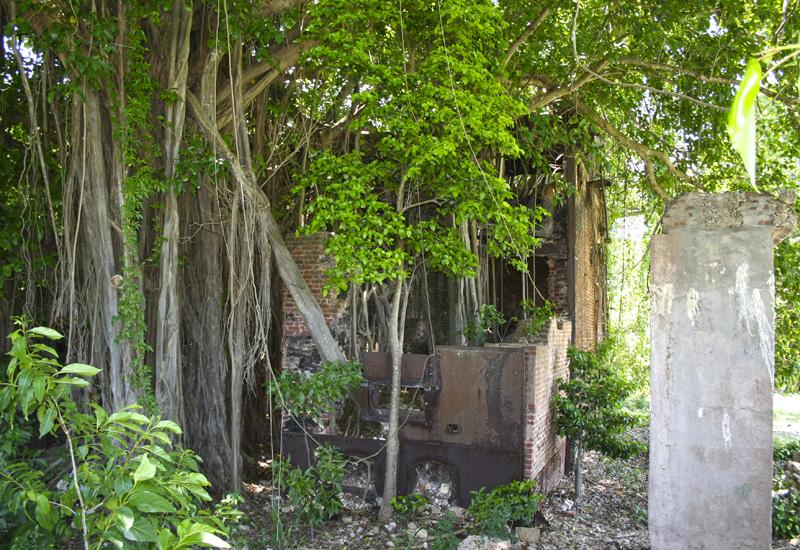 Petit-Canal - Former factory of Duval: some vestiges in the vegetation 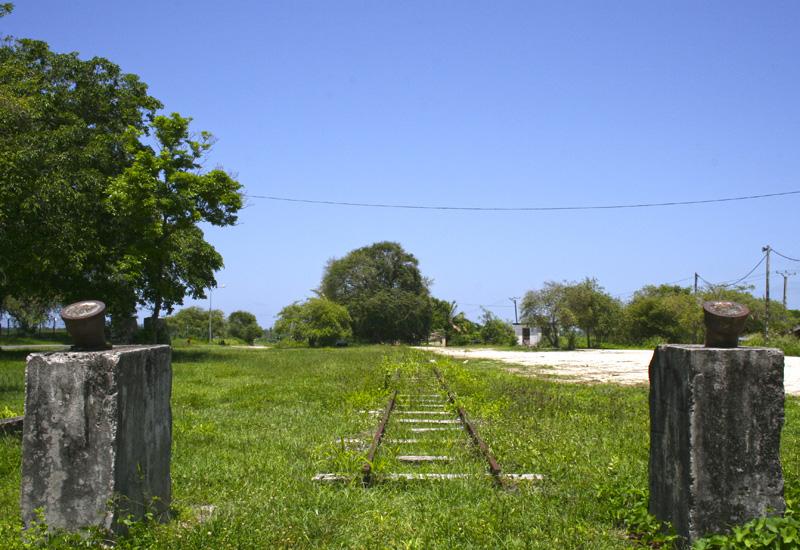 Petit-Canal (Guadeloupe) - Former factory of Duval:Transport was by rail