Commemorative stelas erected at this site recall the disaster that occurred when a Boeing jet crashed in 1962 on the Caféière heights. At 2:15 pm on June 22, 1962, the flight of Air France Boeing jet “Châteaux de Chantilly“ came to an abrupt halt on a remote mountainside. The lives of 173 passengers were lost, among them three politicians, Albert Béville of Guadeloupe, a leader of the Front Antillo-Guyanais pour l’Autonomie (a separatist movement); an autonomist deputy from Guyana, Justin Catayé; and Roger Tropos, President of the Martinique Student Association. The tragedy is forever engraved in the memories of the residents of Antilles and Guyana, all the more so as the cause of the crash at a time of heated political conflict has never been found. On the fiftieth anniversary of the event, stelas were erected in memory of the victims, including Justin Catayé and Albert Béville. Debris from the plane testify to the violence of the crash. The “Trace du Boeing” trail begins here. 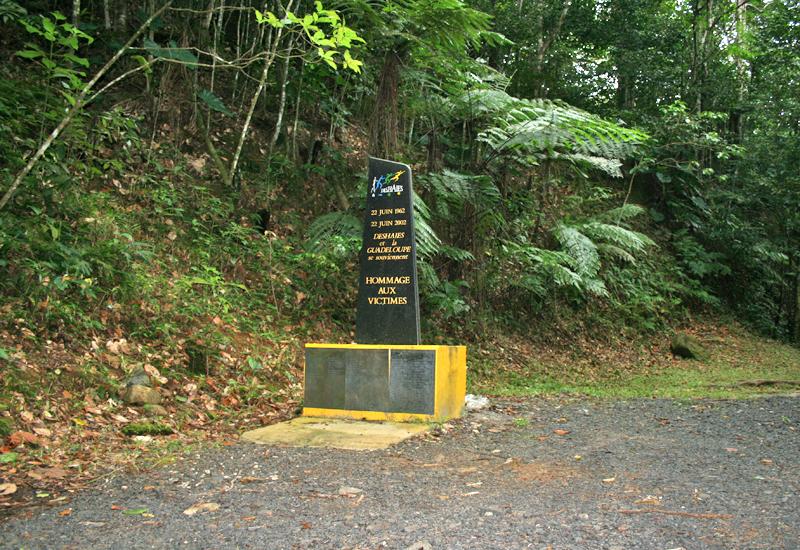 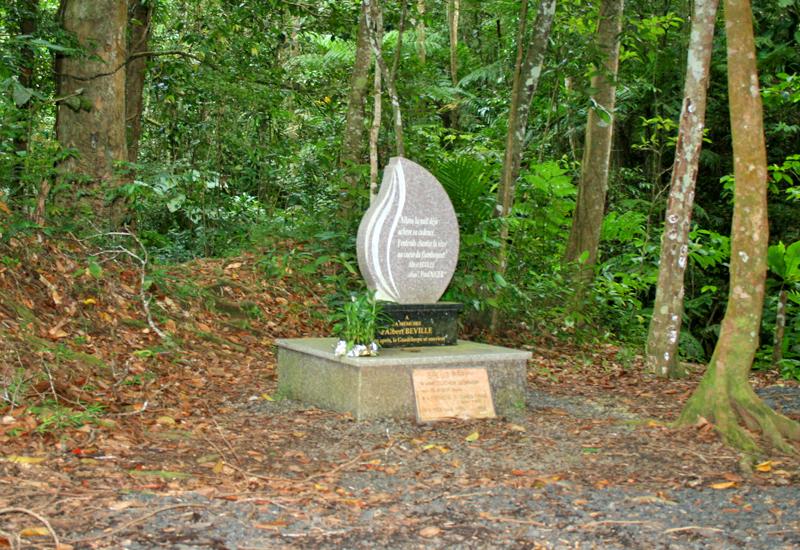 Stele in memory of Albert Béville 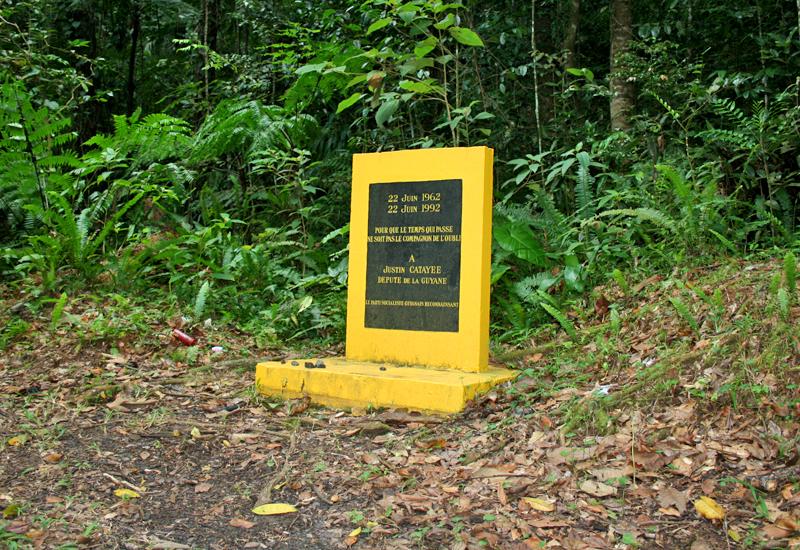 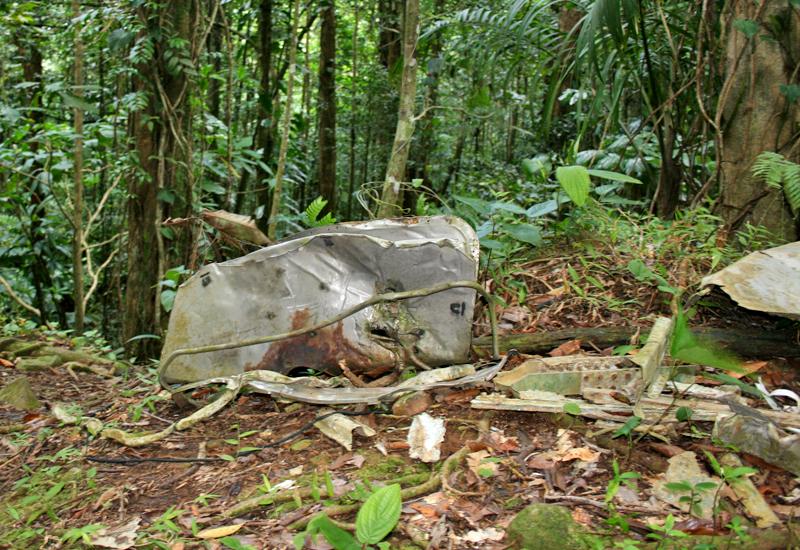