This site was first used as a large cotton plantation that employed as many as 150 slaves in the late 18th century. In 1830, it was bought and transformed into a sugar plantation. The mill remained intact and the former buildings were converted. Like the majority of mills in Guadeloupe, this masonry tower featured a rotatable cap that could be swiveled by means of a tail beam to face the sails into the wind. A shaft protruded horizontally from the roof, to which four asymmetrical vanes were attached. Each vane consisted of a center axis, the yardarm, which supported bars that held wooden blades or sails of hemp or linen. The rotational movement of the vanes drove a system of gears and rollers mounted on a wooden chassis at the base of the structure. 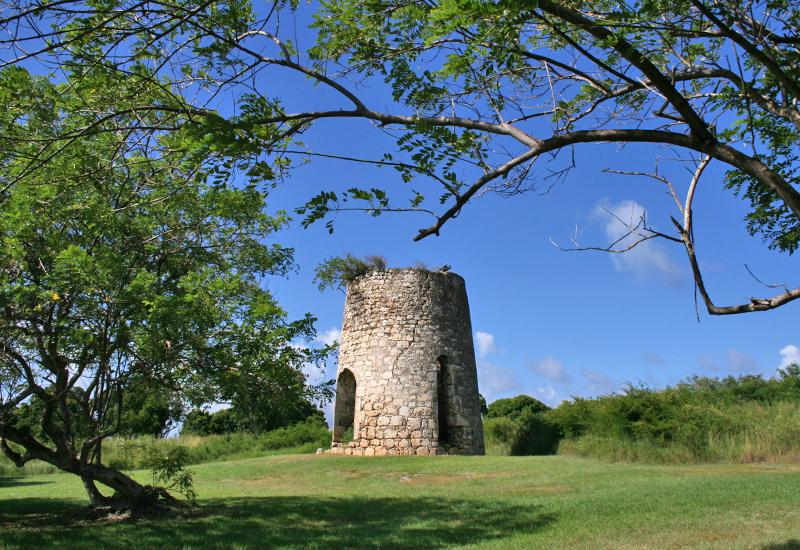 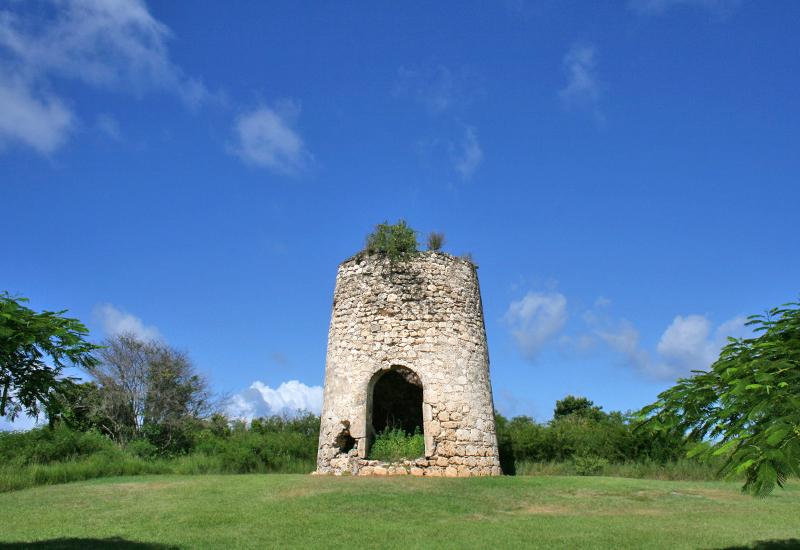 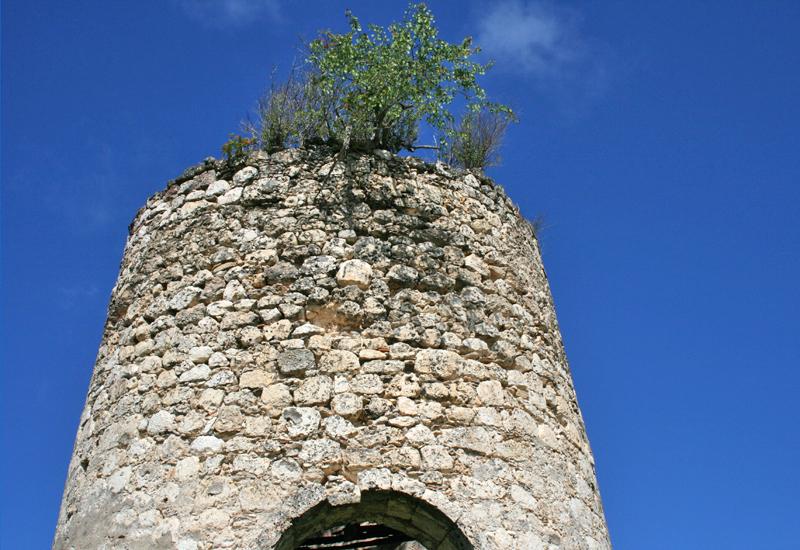 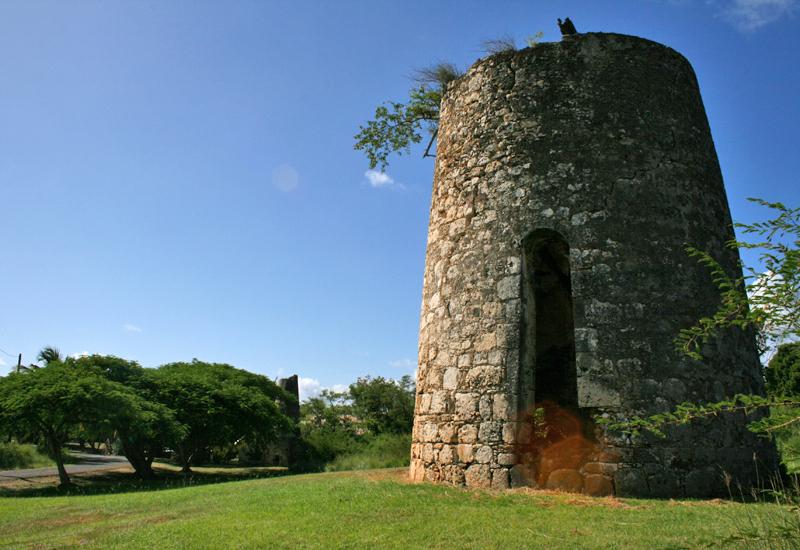