Like most of the war memorials that were erected in communes throughout Guadeloupe following the First World War, this cenotaph, created in 1930, consists of a central column listing the names of the “native sons who gave their lives for France, 1914-1918.“ However, this monument has a few special features. The solider is not represented in his entirety (standing, reclining, dying…) but only in profile within a medallion framed by a crown of laurels. The torches on either side of the column give it a ceremonial touch. Another original feature is the rooster perched atop the monument, symbolizing France, brave and proud, and its agrarian origins. This rooster is the work of Hippolyte Galy, reproduced in various materials by Marbreries Générales Gourdon marble works in Paris. Guadeloupe’s participation in World War I was a pivotal moment in the island’s contemporary history. At that time, many colonial residents wished to become full French citizens, performing military service. The Law of August 7, 1913, followed by the departure of the first conscripts from Guadeloupe to France on October 18, 1913, was a mark of social recognition. However, it had a price … Of the 8,700 men sent to the front, 1,470 perished. 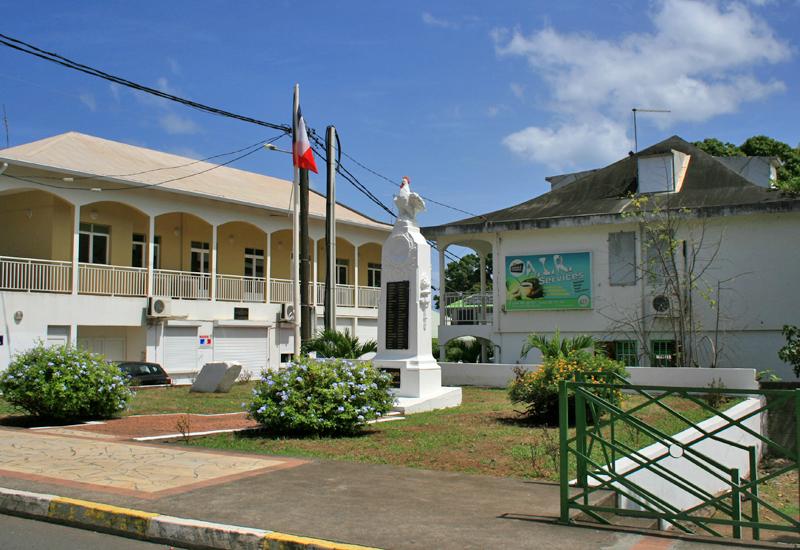 Vieux-Habitants, monument to the dead. The stele and emblem of France, the flag 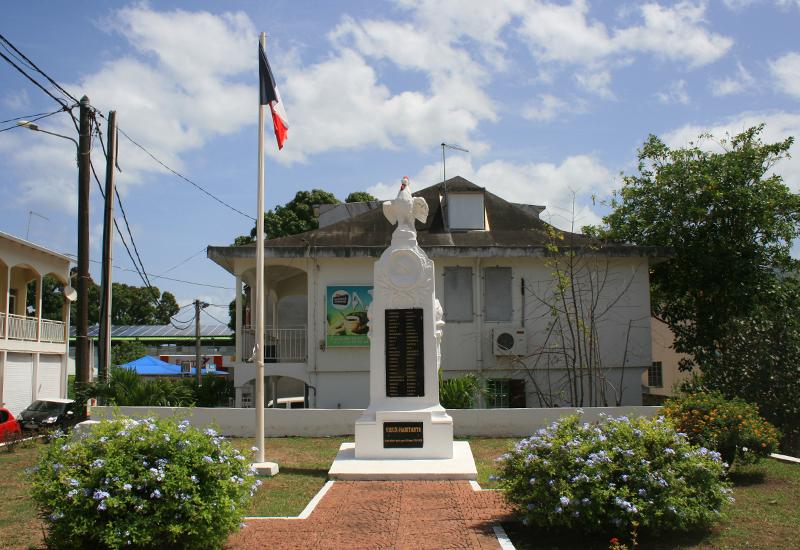 The long list of those who participated in the national sacrifice 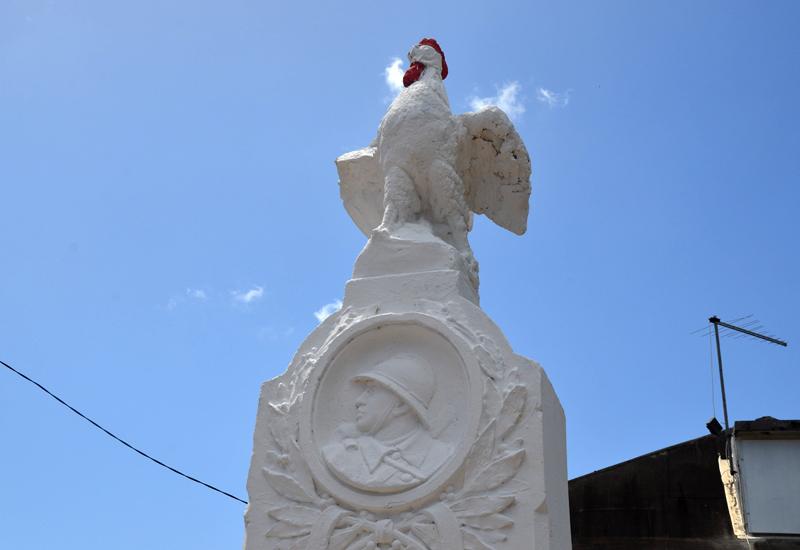 War memorial - city of Vieux-Habitants: the two evocations together, the human, and the symbol