An initial wood chapel dedicated to Dominican saint Hyacinth was built here in 1636 in the bourough of Marigot (original name of Capesterre Belle Eau, Guadeloupe). From 1645 to 1647, its parish priest was Father Du Tertre, author of Histoire Générale des Antilles Habitées par les Français (“A General History of the French-Occupied Antilles”), published in 1654. During that time a monastery was also built. In 1696, Father Labat wrote of a masonry building with two chapels forming a cross, a square tower serving as a bell tower, and a slate tile roof. This building was damaged beyond repair by earthquakes in 1843 and 1851. In 1853, a new one was built in the shape of a Latin cross. Monseigneur Forcade consecrated this structure in 1855. The hurricane of 1928 tore its roof off. Ali Tur, charged with the reconstruction of public buildings following this devastating hurricane, was involved in restoring the bell tower and sacristy, and adding two side aisles to the original nave in 1931. The additions were made in keeping with the proportions and adornments of the original façade, which featured pilasters, three arched doors, and a molded fronton in the neoclassical style. Further enlargements were made in 1944, making the church more rectangular. Despite these expansions, the church, viewed from the outside, retains its primary structure in the form of a Latin cross, with the central structure rising taller than the side additions. Additional restoration work was performed in 2004. 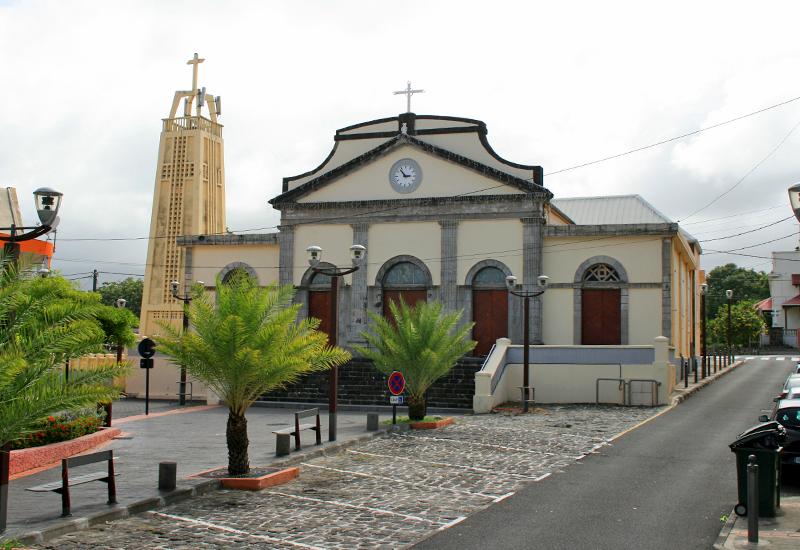 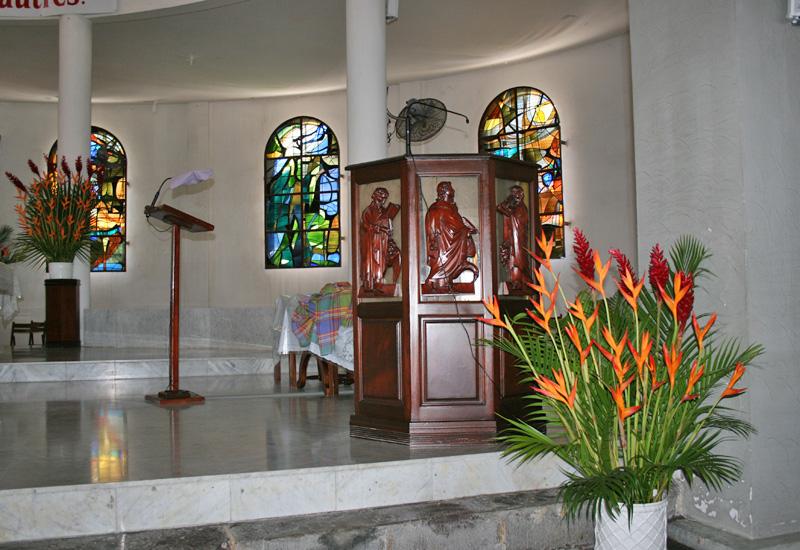 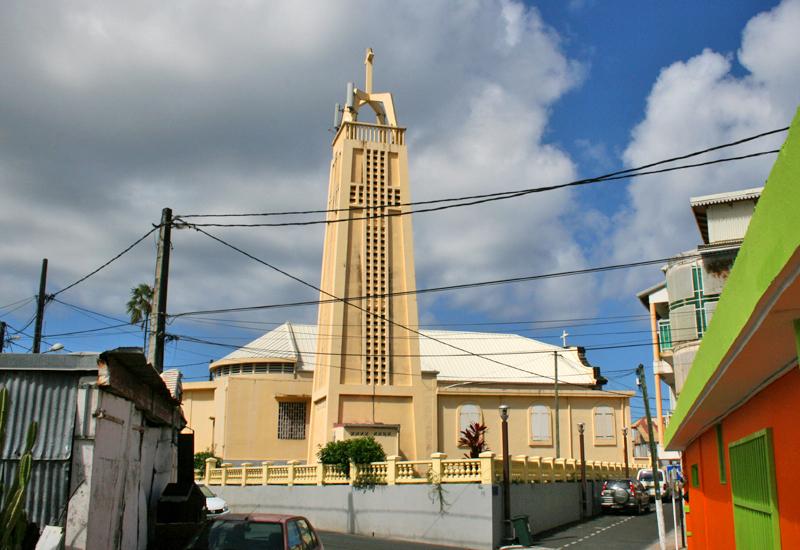 The bell tower benefited from the intervention of Ali Tur 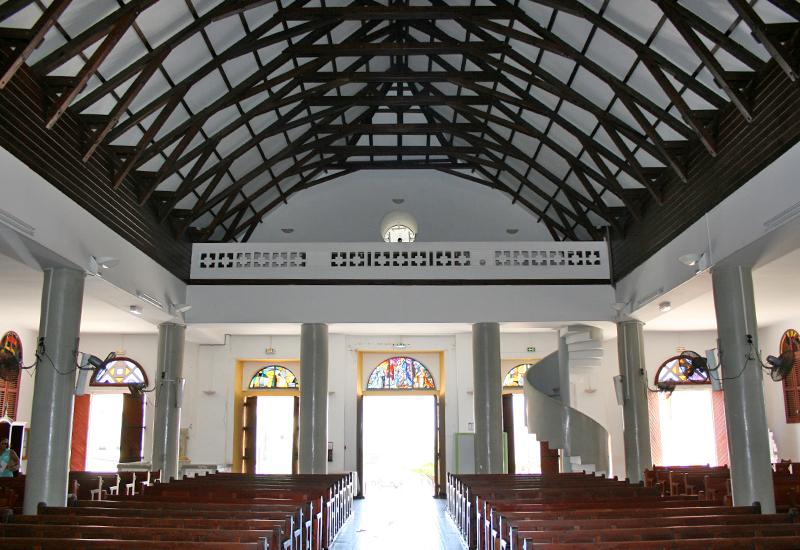 Capesterre Belle-Eau, Saint-Hyacinthe church, the original facade with pilasters has been preserved