Until the early 1980s, most of the houses of the Côte-Sous-le-Vent (“Leeward Coast”) region were made of wood. Wood construction was begun in the late 19th century, replacing more precarious materials such as wattle and daub and thatched roofs. Most of the traditional houses that remain today were built during the first half of the 20th century using traditional techniques. In this region, there was no fundamental difference between rural and village houses. The basic wood house was often reinforced with a sheet metal roof, a gallery, or a masonry balustrade. In Côte Sous-le-Vent, the roofs were generally steeply pitched, in order to provide an attic for storing coffee. Hipped roofs are common, with a clear preference for half-hipped roofs. The use of concrete, which is considered both less expensive and more resistant to hurricanes, is fairly recent, and Pointe-Noire still has many fine examples of the more traditional houses. Several types of structures existed. The "case deux pièces“ (“two-room hut”) consisted of 2 three-by-three-meter modules, each with an opening. Three- or four-room huts generally had three windows on the facade, and a gallery across the front and/or around the sides. Two-story “haut et bas“ (“upstairs/downstairs”) houses were very popular during the first half of the 20th century. In town, such residences often used the ground floor as a shop, and the upper floor as a private residence. Their facades are often augmented by a gallery, which not only protected the facades from the heat, sun, and rain, but also increased the building’s habitable space. 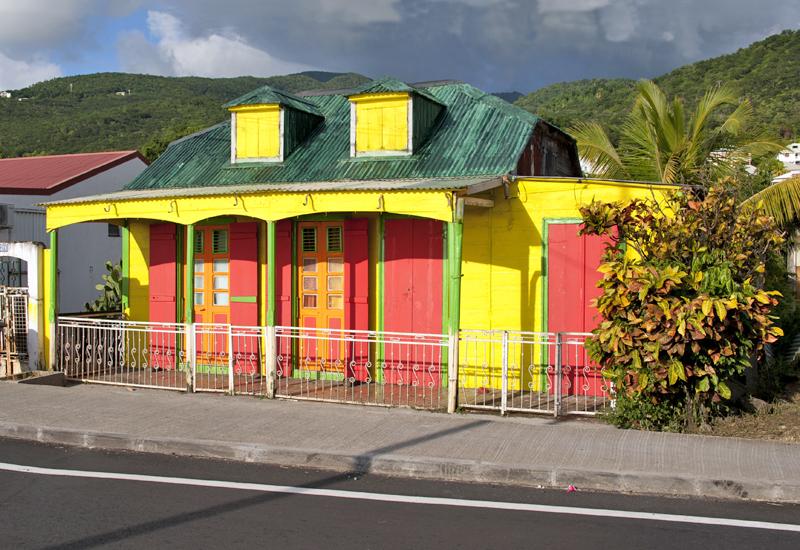 Uncommon, but with a nice effect, the painted wooden walls 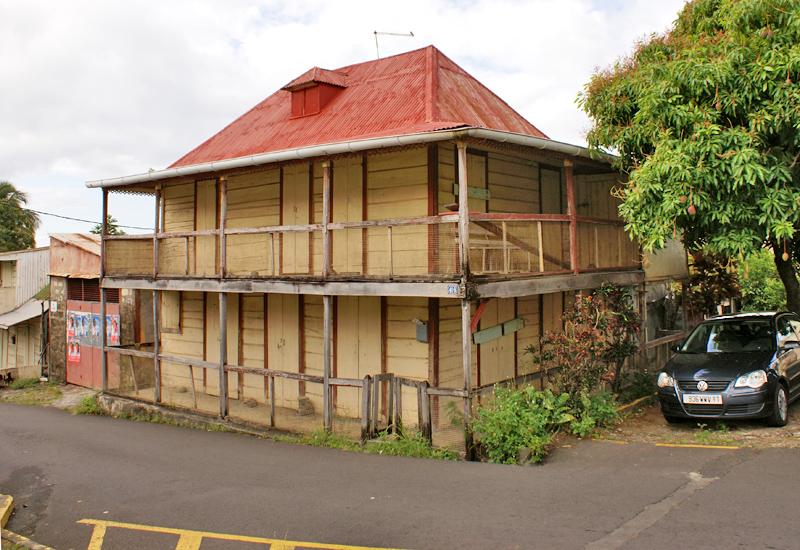 Pointe-Noire, house "up and down", with steep roof 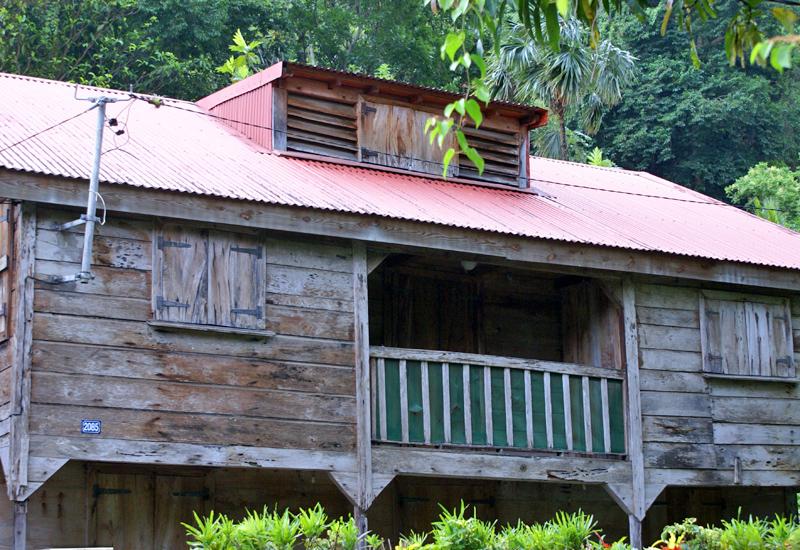 Typical house, Pointe-Noire, floor with balcony and dog-sitted with shutter