The original church (1807) was largely destroyed during the earthquake of 1843, and the architect Alexandre Petit was charged with construction of the new building. Petit kept as much of the old structure as possible, including the three large doorways and the Italianate façade. The church was re-opened for worship in 1853; however, due to the ravages of nature, it had to be closed for repairs on numerous occasions (risk of collapse in 1865; earthquake in 1897; hurricanes in 1928, 1956, 1966 and 1989). The church tower (1871) is based on a metal framework in the Eiffel style. The vaults and ceiling were adorned with plasterwork in 1875, and various repairs were made to the roof, façade, windows and stained glass (which did not survive the various hurricanes intact). The church is in the form of a basilica, with a large central nave (one of three) and an airy vault, and can hold up to 3,000 worshippers. The altar is made of Carrara marble from the Pyrenees and Portugal. Interior decorations were carried out by local artists Everard de Bérard and Budan. At the end of each lateral nave is a chapel. Behind the choir is the U-shaped sacristy. The organ was installed in 1981. The façade boasts a pair of niched statues of Saint Pierre and Saint Paul, surrounded by the four evangelists. The metal-framed church tower (1872) is situated in the apse. 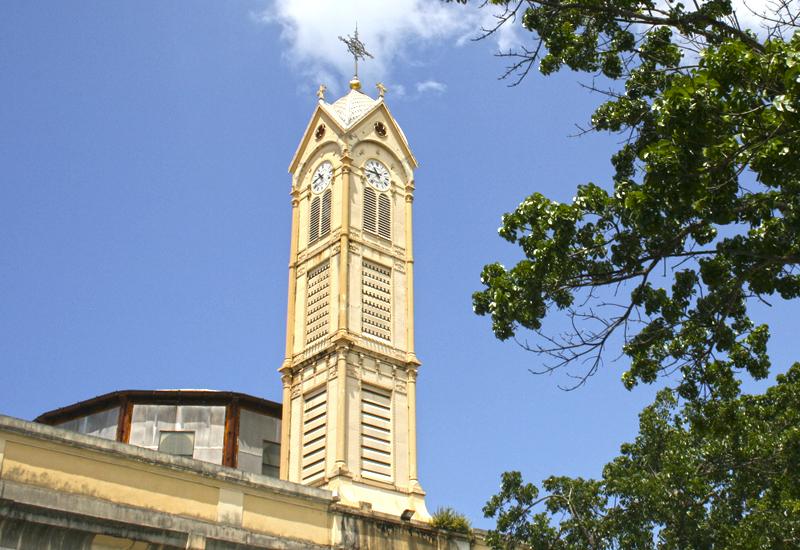 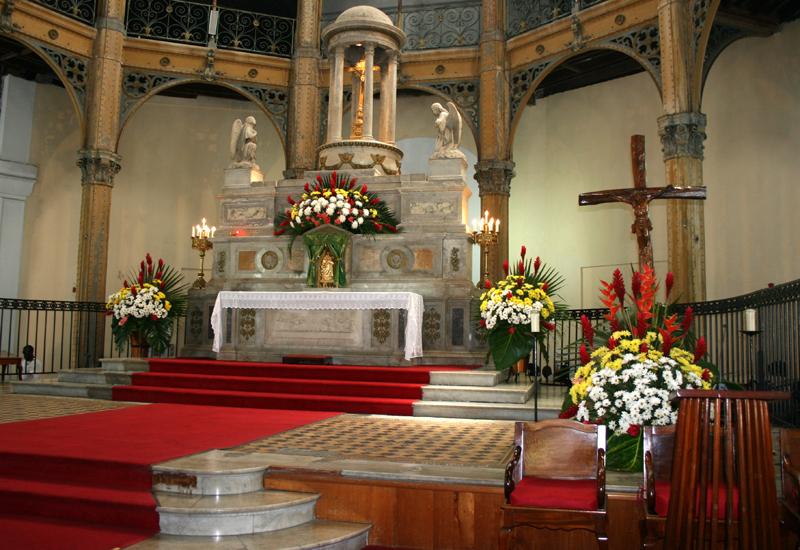 St. Peter and Paul Church, choir and its marble altar 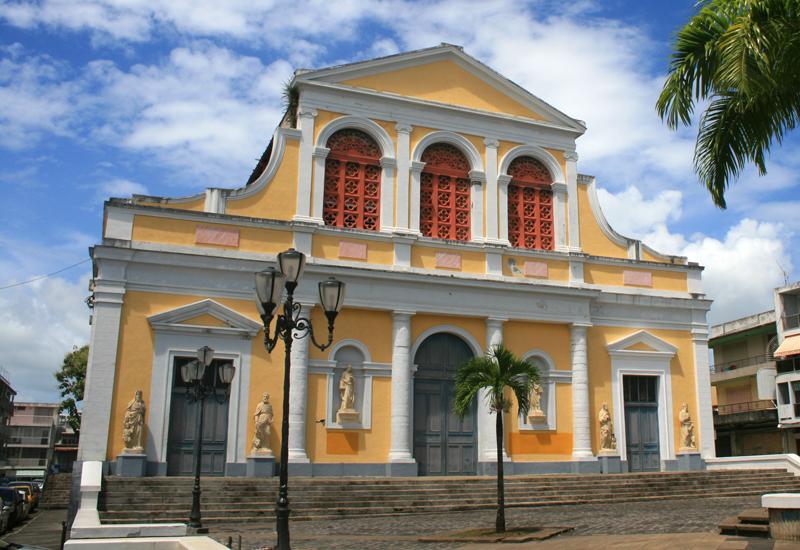 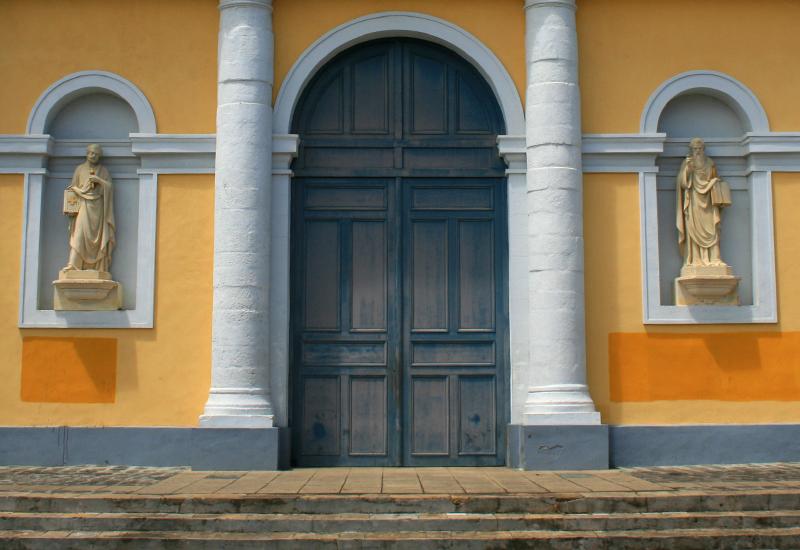 On both sides of the portal: Saint Peter and Saint Paul