The Waterfront is also referred to as Avenue Hégésippe Ibéné, after a former mayor of Sainte-Anne (1970 – 1989) who also represented Guadeloupe as parliamentary deputy from 1973 to 1978. Hugging the turquoise sea from Port Galbas and its Artisanal Village, to Castaing at the town border, the waterfront is a lovely place to stroll favored by visitors and locals alike, offering a variety of sights and sounds, including an exceptional view of the lagoon, lively craft stalls nearby, fruit and vegetable sellers, and tropical punch stands (near the covered market, which is currently being rebuilt), with many small businesses close by. This major thoroughfare is directly accessible from both the town beach and town center. Its frequent festivities, particularly the fireworks displays of July and December, are not to be missed. 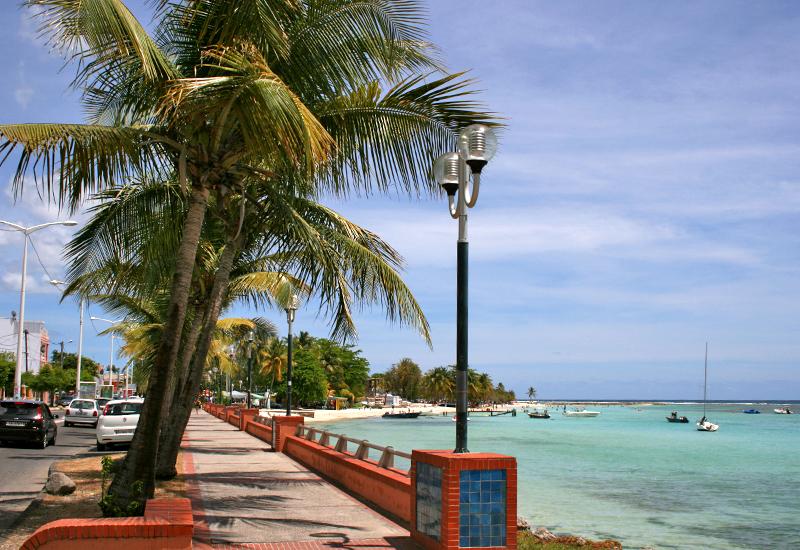 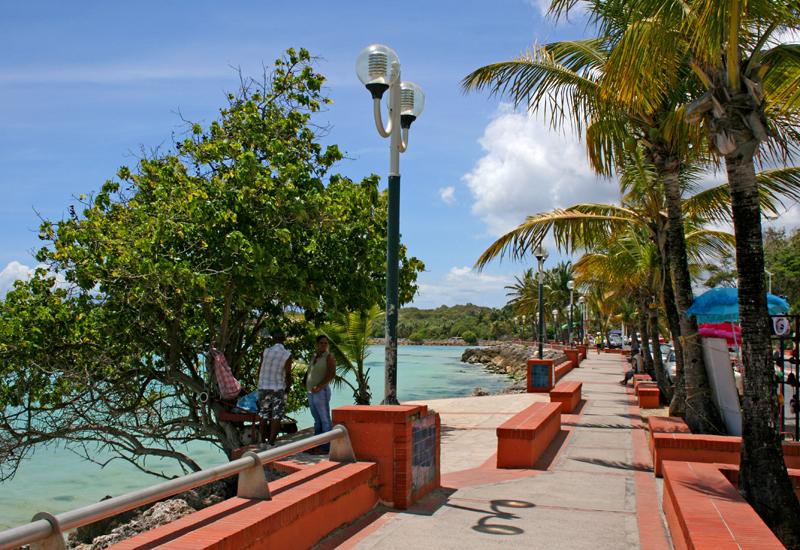 Sainte-Anne, the sea front, view of the beach towards Les Galbas 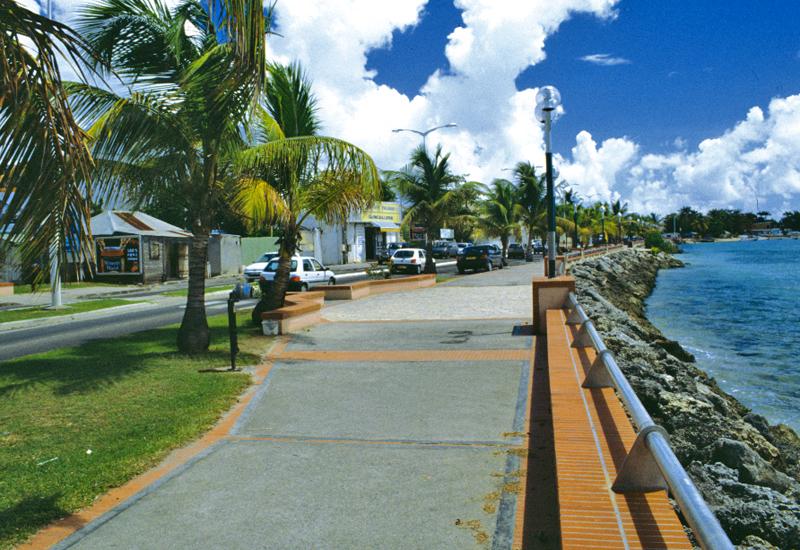 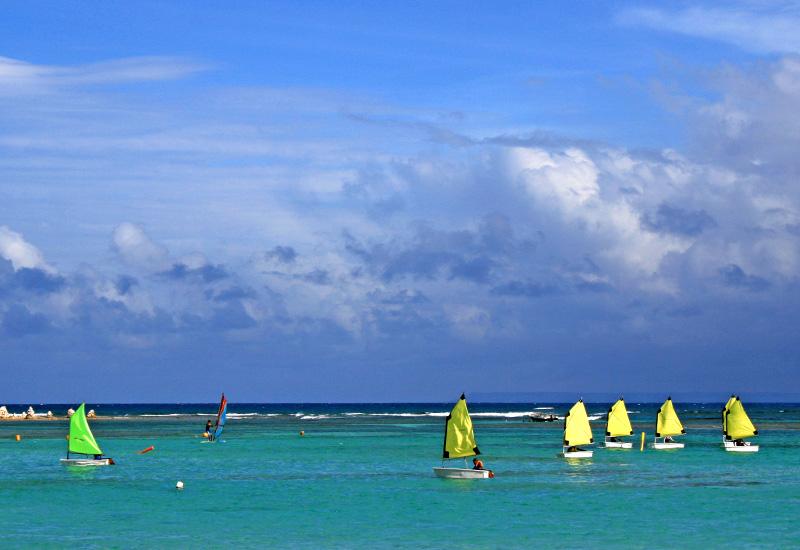 Beach Front, Hégésippe Ibéné Avenue, Sainte-Anne. From there, nice show on the lagoon