Located in the heart of town, the municipal stadium (4,750 seats) hosts the annual “Meeting International d’Athlétisme de Guadeloupe” (international track and field event) created by Julien Dellan with the ongoing support of the Conseil Régional (regional council) of Guadeloupe. The “Meeting” celebrated its 11th anniversary in 2015. Officially recognized by the IAAF (International Association of Athletics Federations), the event has featured some of the greatest names in sports, including French track stars Marie-Josée Pérec and Christine Arron; American sprinter Lashawn Merritt; Jamaican sprinter Usain Bolt, Maurice Green, Allen Johnson, Angelo Taylor, and Dayron Robles, not to mention Leslie Jones, Patricia Girard, Ladji Doucouré, Jeremy Wariner, Ronald Pognon, and Marc Raquil. This year, Wilhem Belocian—native of Lamentin who won the 2014 World Junior Championship in the 110-meter hurdles—broke his personal record of 13.51 seconds. The stadium has, without a doubt, confirmed Guadeloupe’s place on the world track and field stage. Competitions are held here regularly, along with major concerts and performances. Much of the stadium’s exterior wall is covered by a gigantic mural, the work of Guadeloupe graffiti artist Jimmy Sheikboudhou and his team. It takes viewers on a spiritual journey beyond national borders to a world where all peoples come together. Aged 32, Jimmy Sheikboudhou began his career in 2001 by decorating the wall of the Destrellan Bridge. For over ten years, his murals have ornamented the roadways of Guadeloupe, transforming bridges, walls, and other urban structures into true works of art. 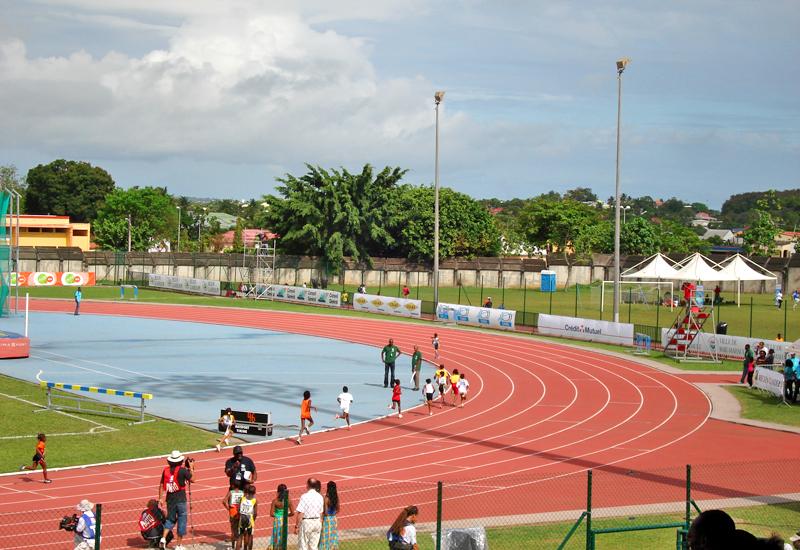 At the international athletics meeting 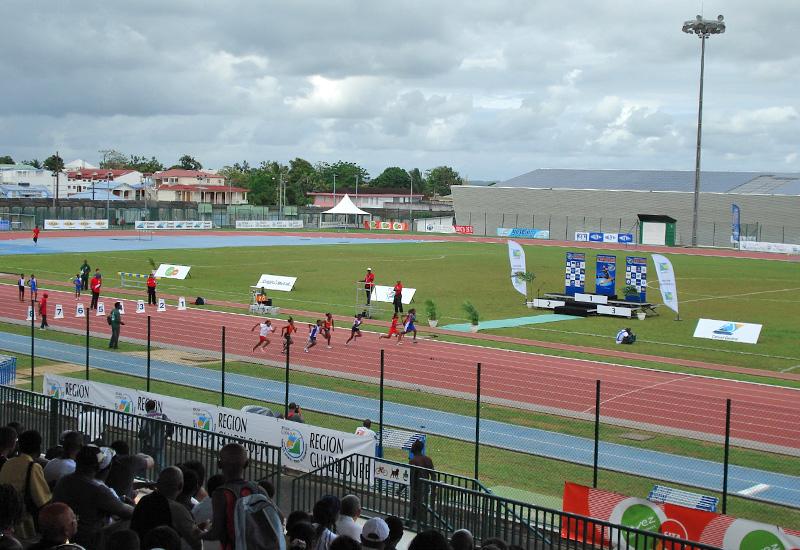 Many sports meetings for young people 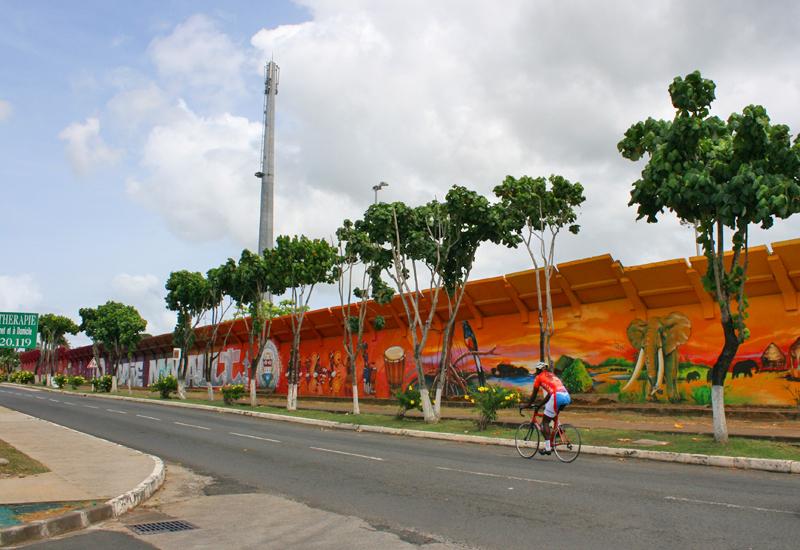 The stadium wall with the colors of continents 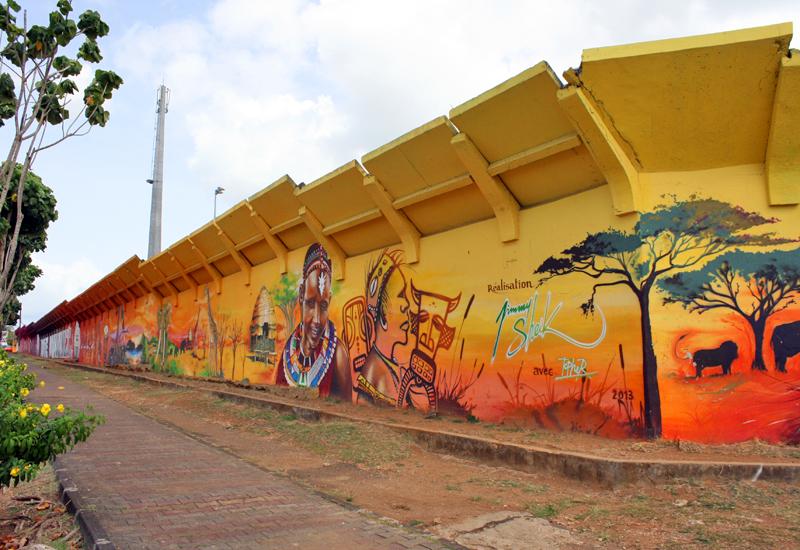 Work by Jimmy Sheikboudhou and his team