It was in 1997 that the International Committee for Black Peoples (or CIPN) and its president, Luc Reinette, decided to lay the foundation stone of the “Caribbean Memorial of Slavery and the Slave Trade,” and to do so on the same day as the solemn re-enactment of the arrival of the first slave ship in the port of Pointe-à-Pitre. The memorial was placed on a piece of land near the Pôle Caraïbes airport, and its stated purpose is to pay homage to those African ancestors who were deported and sold into slavery. The memorial is full of symbolic meaning and, in a testament to this greatest of human tragedies, it uses materials from all the territories affected by slavery. The first stone of the memorial was laid on May 27, 1998, in the presence of a large crowd, including Madame Lucette Michaux-Chevry, then president of the Regional Council, and Monsieur Daniel Marsin, mayor of Les Abymes at the time. The Memorial Wall itself was inaugurated in 2005, the first phase of a project that would culminate in the construction of the Caribbean Museum of Slavery and the Slave Trade. It was then decided that the memorial would not after all be built here, but on the Darboussier site, where the ACTe Memorial is located. The foundation stone was laid on May 27, 2008 and the inauguration took place on May 10, 2015. The Memorial Wall, which is scrupulously maintained, consists of two walls: one wall shows a plantation building with steps climbing above the space reserved for the dungeon below; a symbolic figure on the left, representing resistance and willpower, stands next to an opening in the wall, as if on the threshold of liberty. The bold red color of the painting adds drama and a hint of violence to the scene. The illustrations on the second wall show the trappings of the slave world: chains, rings and the wounds from a whip’s lash. Every year, the CIPN and other groups organize marches and demonstrations here as a way of pricking people’s consciences, keeping Guadeloupians aware of their history and, of course, paying tribute to their martyred ancestors. 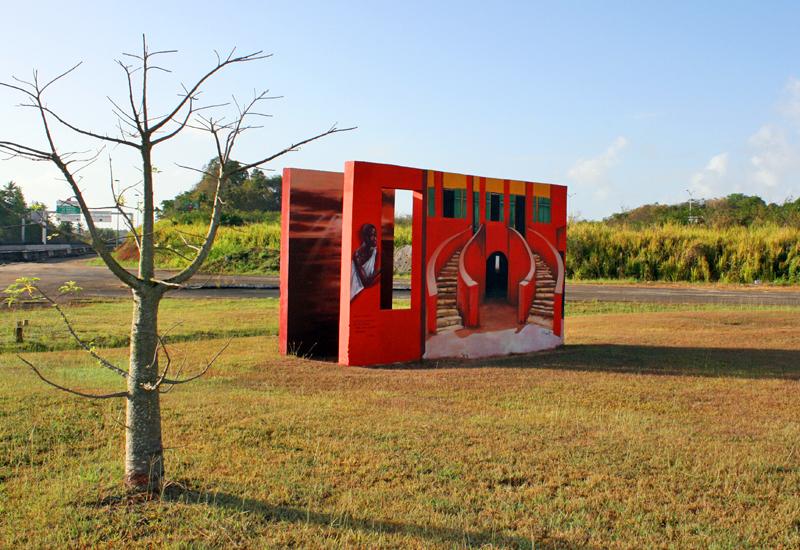 City of Les Abymes, the Wall of Memory, near the Caribbean Pole Airport interchange 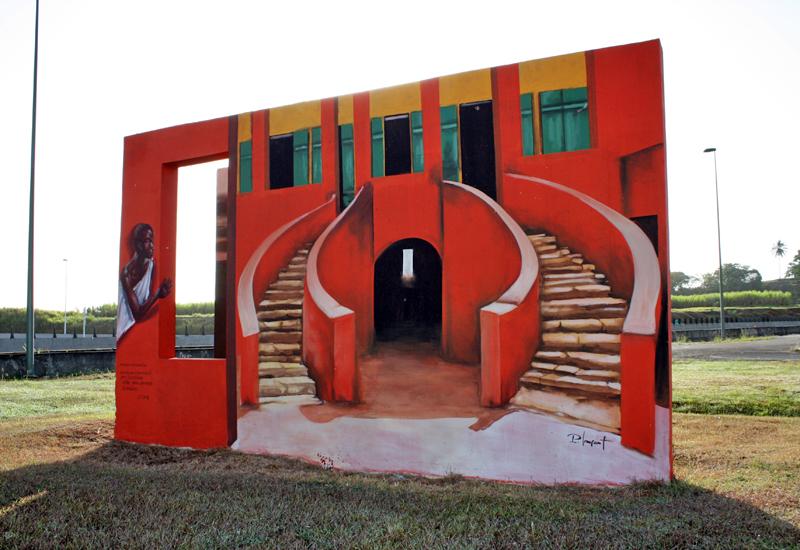 Wall of Memory - Abymes: façade of the Master House 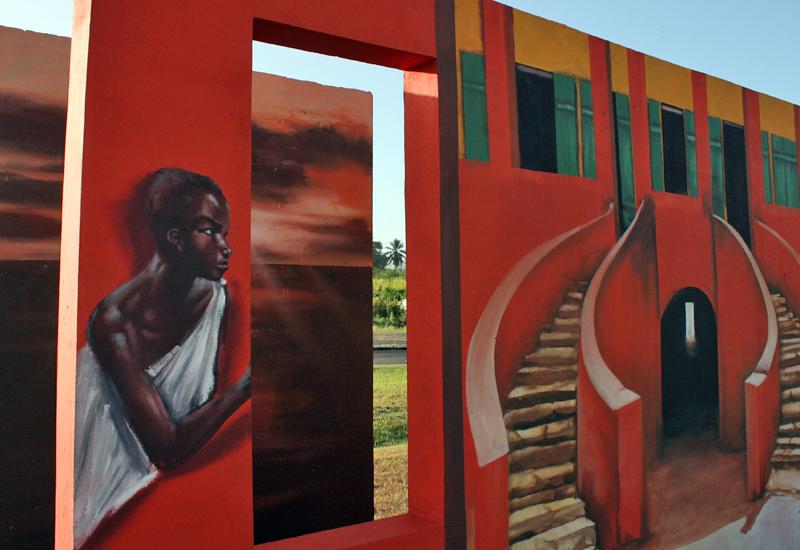 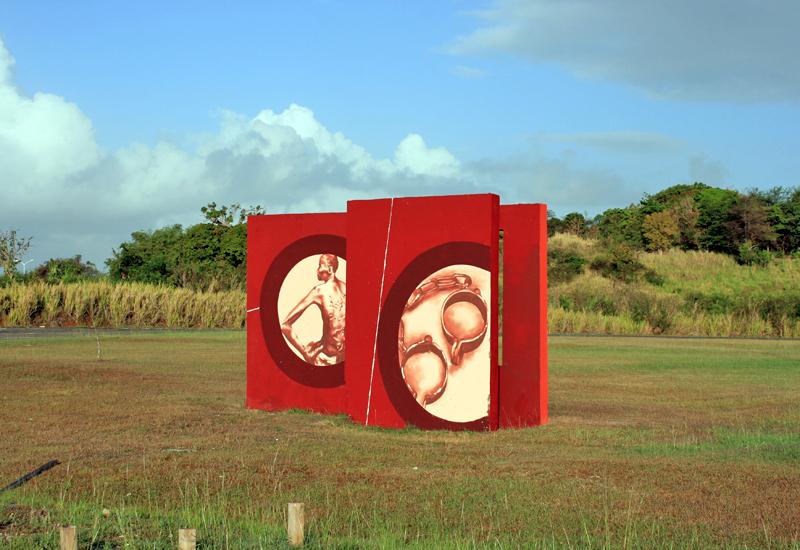 Wall of Memory, city of the Abymes. Remembrance of the servile conditio