Church of the Immaculate Conception

The church, designed by Ali Tur, consists of a metallic structure with transversal tie-beams in the vault and a spiral staircase that allows access to the galleries. The sanctuary contains a Virgin and Child made of gilded wood. The nearby presbytery also exhibits architectural characteristics that are specific to Tur, with lattice-work partitions to aid ventilation. Tur, who was appointed “colonies architect” by the French government following the devastating hurricane of 1928, often took inspiration from the Art Deco or “Modern” movement. His architecture has an imposing style, and often features façades centered on a symmetrical axis. Employing square planes, symmetrical lines and, very often, reinforced concrete, Tur broke away from local and traditional architecture, which mostly used stone and wood. In all, he designed some 120 buildings throughout the archipelago. 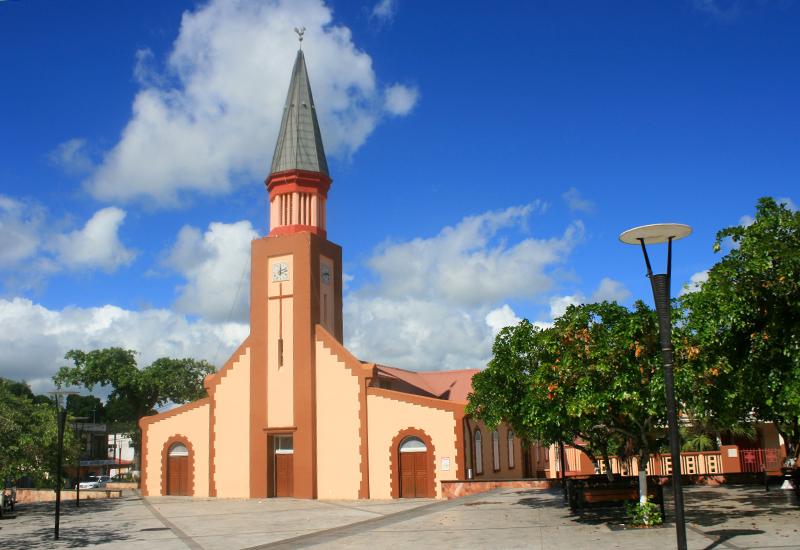 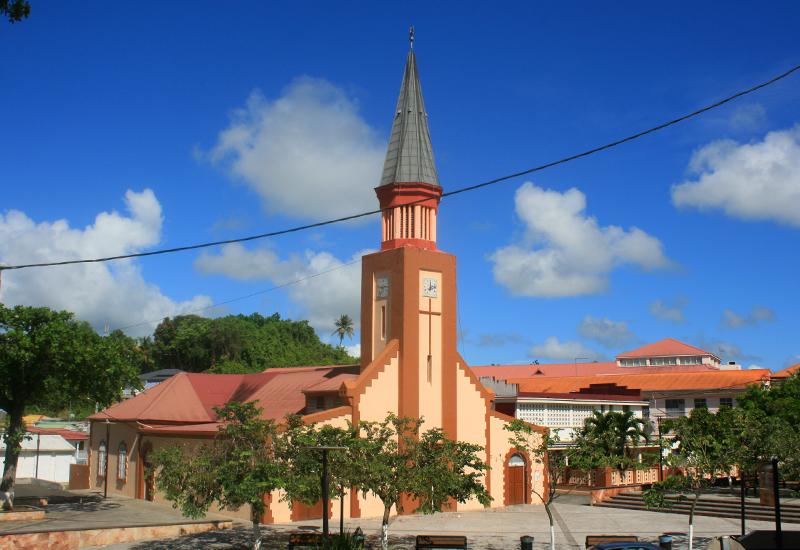 A bell tower that stands out for its architectural treatment 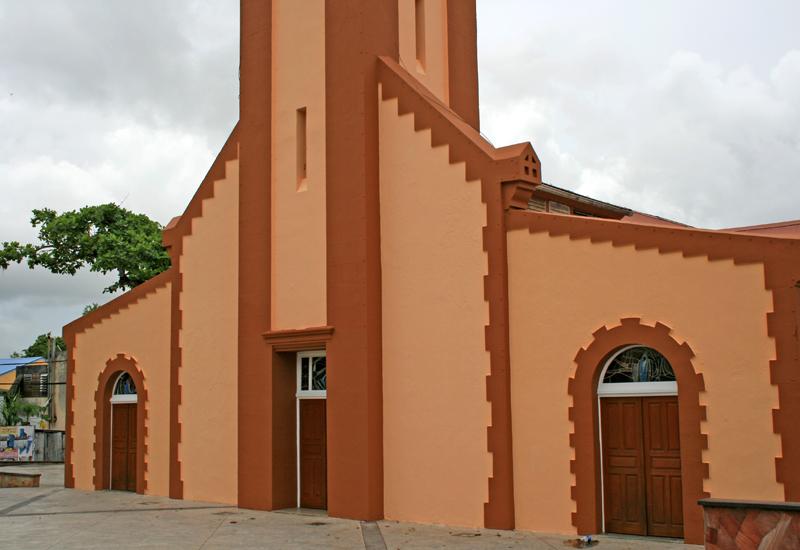 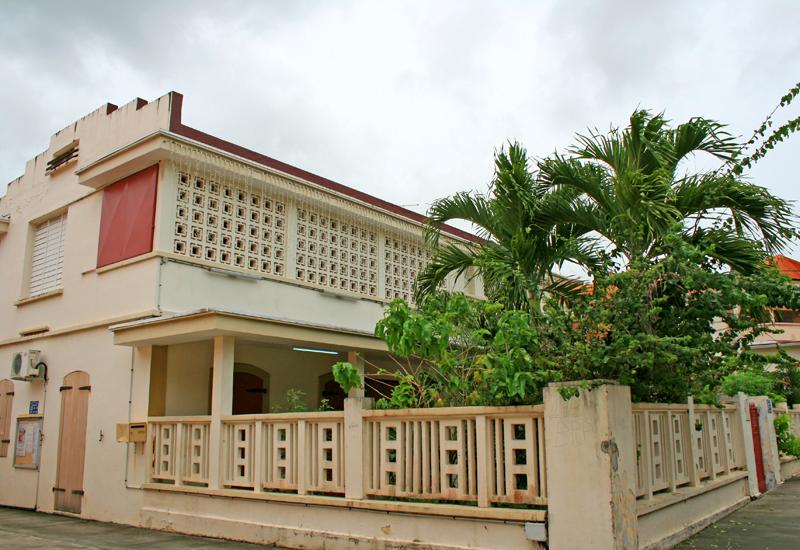