The bust relates that Charles-Victor Frébault was appointed governor of Guadeloupe in 1859. He was born in 1813 in the Nièvre department and graduated from the prestigious Ecole Nationale Polytechnique engineering school. He devoted much of his energy to improving and developing the port of Pointe-à-Pitre. Under his administration, the colonies and their ports were opened up to free trade and foreign shipping. In 1864, he returned to France and was appointed Director of Artillery in the Ministry of the Navy. In 1870, he distinguished himself at the battle of Champigny. He became a member of parliament for the Seine department in 1871 and senator for life in 1874. He spent his last years modernizing the navy’s artillery. Frébault died in Paris on February 6, 1888. 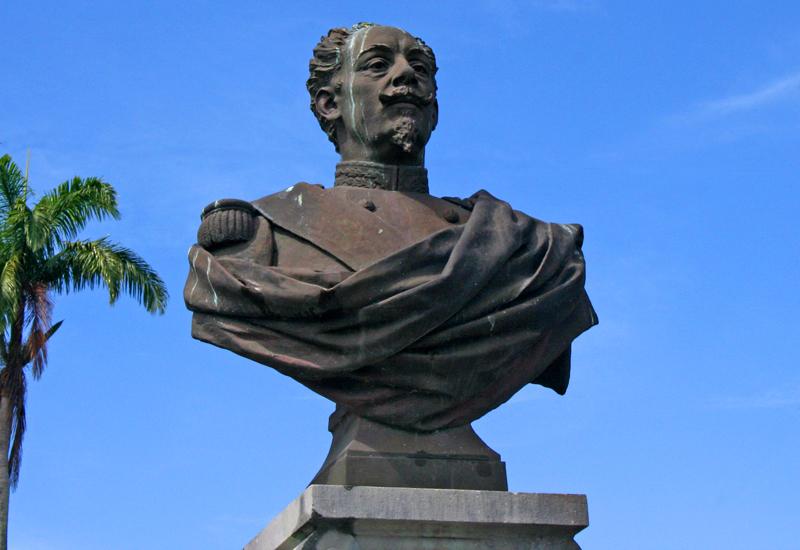 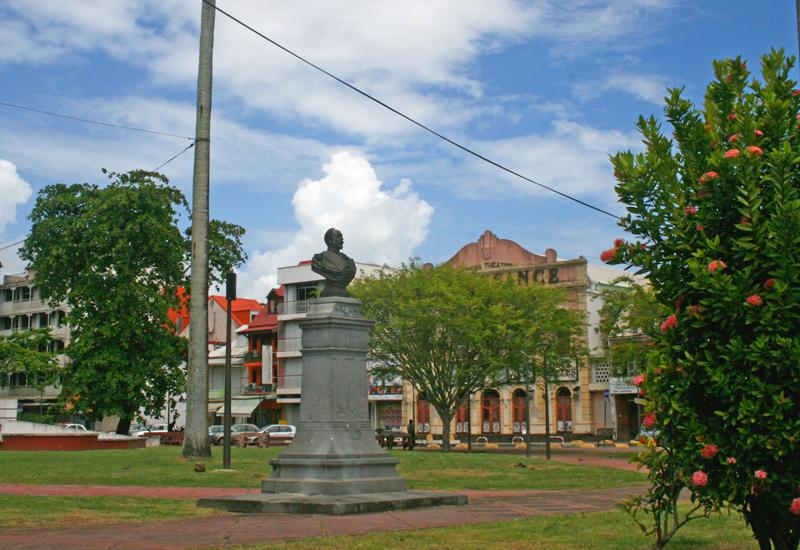 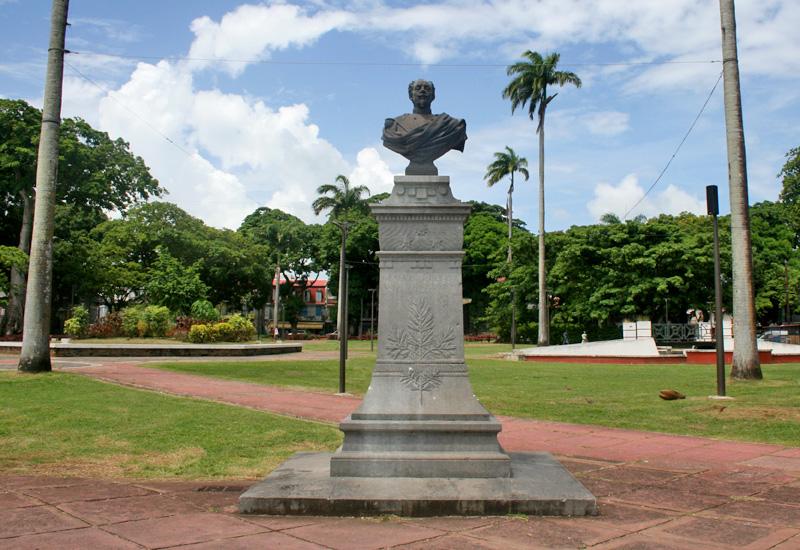 In the center of the “Place de la Victoire“, the bust of General Frébault 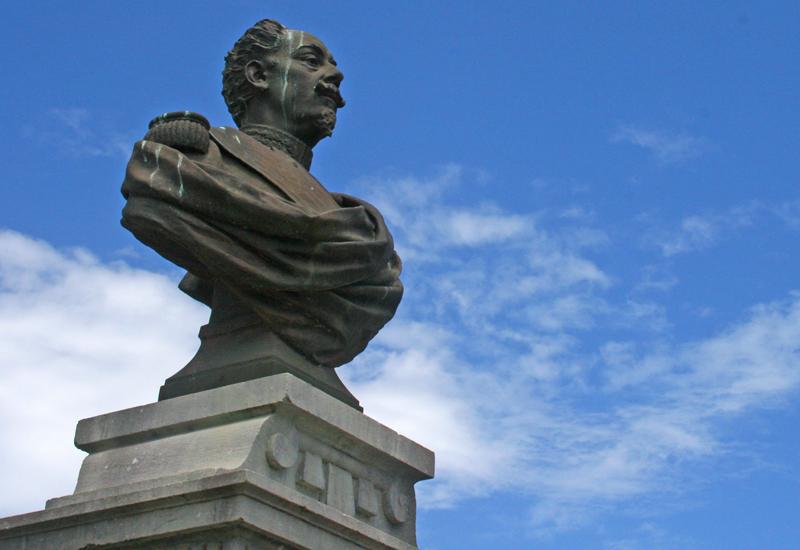