Atop a stepped pediment overlooking a well-tended garden, the War Memorial pays homage to the sons of Petit-Canal who gave their lives for France during World War I (1914-1918). The monument depicts a soldier in his “horizon blue” uniform striking a valiant pose. With war looming, the French National Assembly, under pressure from the representatives from the Antilles, passed the Law of 1913 authorizing colonial citizens to perform their military service in France. Most people in Guadeloupe considered military service as a means of obtaining recognition as full French citizens. The classes of 1912 and 1913 left for France in October of 1913, to serve a three-year stint. These young twenty-year-olds had never been to France before, and experienced great difficulties in adapting to the language, climate, sanitary conditions, etc. This place of commemoration pays homage to the 1,470 Guadeloupians who died in action. 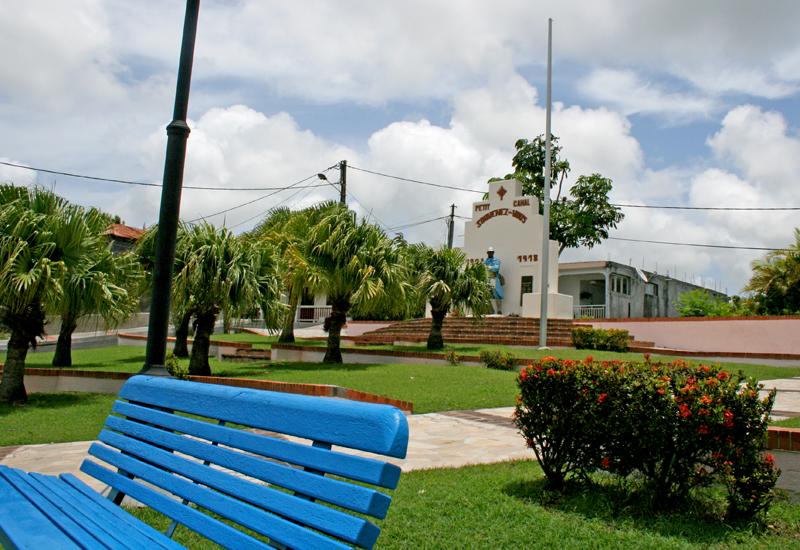 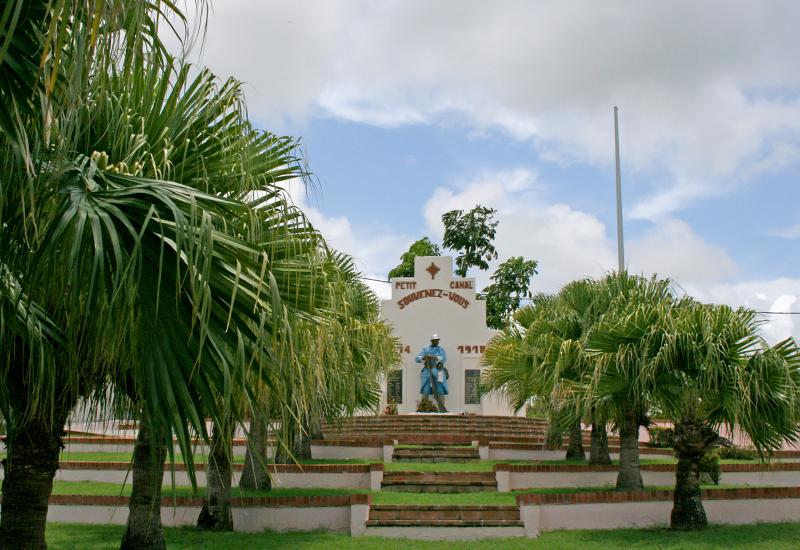 War memorial. Ascension to the memory of our dead 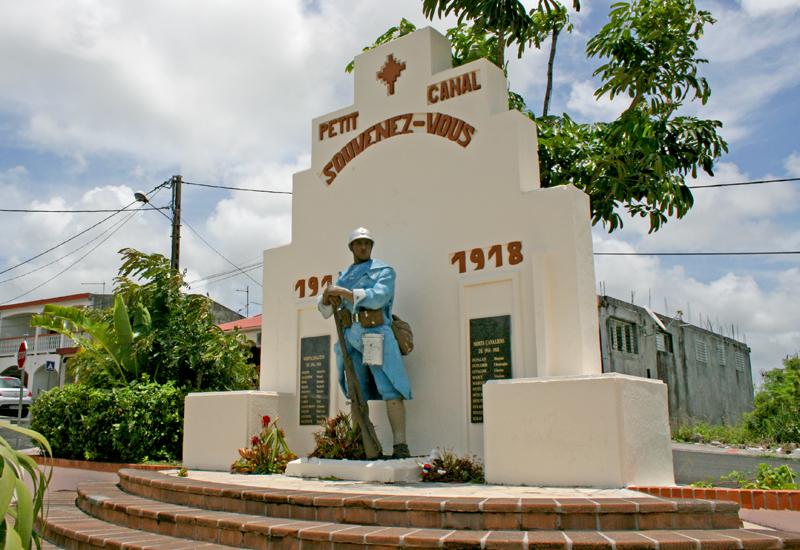