Pointe-Noire (area 5,971 hectares, population 7,689) is located on the western slope of the volcanic ridge that forms the spine of Basse Terre. It is bordered to the south by the Colas River, and to the north by the Petite Anse Ravine. Sheltered from the wind, its fertile hills are awash with streams flowing down into the Caribbean Sea.
Once an active cacao-, vanilla-, and coffee-producing region, with the decline of the plantations, the commune turned to logging, establishing many sawmills and charcoal plants. Today, the Pointe-Noire economy is based on a still-vigorous traditional sector—rooted in woodworking and artisanal arts and crafts—and new businesses that capitalize on the commune’s natural features. Deeply committed to sustainable development, the municipality has been promoting “tourism with integrity” within its borders for several years now. Cabinet-makers, carpenters, and joiners continue to practice their trades with the same dedication as those who came before them. Far from major shopping malls and industrial parks, many devote their skills not only to the building trades, but also to catering and food production, handing down recipes and techniques from father to son to create delicious products found nowhere else. Thus, initiatives have been taken to promote the rediscovery of local products and to launch new activities, including forest replanting and agricultural diversification. Visitors who tour this commune will discover ancestral vanilla-growing techniques, the subtle flavors of local fruit preserves, what goes into making chocolate, how coffee is produced—from harvesting to roasting—the skill of local woodworkers, the precision of local orchid farmers, and the talent of local artists, as they create, shape, and refine their work.
Fishing remains an important contributor to the Pointe-Noire economy. Seine-hauling is still practiced here, and the commune’s Plaines River valley is home to the largest “ouassou” (freshwater prawn) hatchery in the Caribbean.
From wilderness hikes, water sports, recreational activities, and diving, to watching artisans at work, Pointe-Noire offers visitors many unforgettable experiences and opportunities for exploration and relaxation. Its coast is lined with coves from north to south, offering shelter to fishermen and pleasure boaters alike, from Petite Anse (“Little Cove”), with its charming beach, to Anse Colas (“Kola-Nut Cove”) in the south, with everything in between:  Anse Baille-Argent (“Silver Basin Cove”); Anse Marigot, in town; Anse Guyonneau, with its long seafront; and Anse Caraïbe, with its beach of the same name.
Lined with mango, “corossol” (“soursop”), gum, and Poinciana trees (scarlet flowers bloom in May and June), National Highway N2 follows the coast through several small settlements, starting in the north with Baille-Argent and its charming fishing port. In this Land of Encounters, one frequently sees street vendors, offering coconut pastries, meat pies, butter cakes, and breads of all sorts, with sorbets, “sinobols“ (“snow cones”), coconut sugars, and other delicacies added to the mix on Sunday mornings and Feast Days. Stretched out along the coast, the town of Pointe-Noire is home to many traditional shops and workshops ringing with the sound of the drill and the wood chisel. Visitors will discover here not only a number of well-preserved creole houses to admire, particularly in the Saint-Jean neighborhood, but also the church of Notre Dame du Port (“Our Lady of the Port”), with its original facade and a cemetery containing the graves of a few noteworthy ancestors and the impressive “caveau des prêtres“ burial vault. Other attractions of note include the former Town Hall, built in the style of Ali Tur; the striking and colorful column commemorating the French Revolution; and a traditional War Memorial. The newly repaved road past Guyonneau cove (lovely view of the sea) leads to the Les Plaines sector, home to the “Maison du Bois” (“House of Wood”) and the Parc Aquacole (“Aquaculture Park”) with its “ouassou” (freshwater prawn) hatchery. Not far from here, the Eiffel Bridge crosses the peaceful Petite Plaine River. Highway N2 continues toward the sleepy haven of Caraïbe Beach, climbing next to the heights of Mahault, where it intersects with the famous Route des Mamelles and plunges into the dense State Forest. From the coast, several roads lead through lush, untouched wilderness into the mountains, where visitors may enjoy spectacular views of the Caribbean Sea:  departmental highways D17, leading to the hamlet of Espérance; D16, leading to Acomat Fall; and D23, the Route de la Traversée (trans-island highway). In the hills, many forest hiking trails are available, each classified by level of difficulty.

Founded in 1696, the commune of Pointe-Noire owes its name to the chain of blue-black volcanic boulders at the Point north of the town. Initially part of a vast area known as Grand Cul-de-Sac Parish, Pointe-Noire became a parish in its own right in 1730.

Known for the rebellious nature of its people, Pointe-Noire lays claim to a glorious past marked with many feats of daring:  the 1715 revolt of a band of planters against the “slave tax” levied by the King of France; the battle of 1747 waged by Militia Captain Guyonneau and 60 men to render aid to a Martinique brigantine that was being pursued by a British war ship; the 1794 installation of a revolutionary court following the arrival of the new governor, Victor Hugues; and the passage of Captain Jean Ignace in 1802, as he fled from Pointe-à-Pitre to join Louis Delgrès in his battle against the reinstitution of slavery.
Like many communes in Guadeloupe, Pointe-Noire participated in the sugar economy, with several plantations recorded here in the late 18th century. However, by 1886 only one refinery was left (Acomat), and in 1889, only the Pagesy Distillery was still in operation (in Grande Plaine, at the location of the current high school). In addition to sugar cane, the commune produced various other traditional crops, including cacao, coffee, cotton, manioc, and bananas. In 1876, 90 hectares were devoted to growing cacao. In 1886, 655 hectares were taken up by four plantations employing 1,000 workers to cultivate cotton and annatto (an orange-red condiment and food coloring derived from the seeds of the achiote tree).
However, during the 19th century, Pointe-Noire underwent a gradual decline, aggravated by a number of natural disasters:  the earthquake of 1843, the cholera epidemic of 1865, the hurricanes of 1865, then 1928, and the fire of 1914.
Things began looking up in the 20th century, when Pointe-Noire became the hub of a robust timber industry. Pit sawyers were much in demand, and the skill of Pointe-Noire carpenters and joiners was renowned throughout the island. Thus several generations witnessed the felling of trees and their reduction to planks, which were then used for cabinet-making and building construction.
Petite-Noire’s emblem, “Between Land and Sea,” depicts two pit sawyers working at the foot of a tree, symbolizing the commune’s timber tradition. Two Balisier flowers frame the emblem, which also bears the commune’s motto:  Rex non verba (actions, not words).
Despite many upheavals, Pointe-Noire’s population has remained cohesive through the years, thanks to the work of various prominent figures who have lived and worked here. Catholicism has played a major role by promoting a shared religious faith, through the efforts of influential figures such as the charismatic Father Colbac (who instigated the practice of celebrating the mass in Creole, to the beat of the drum). And many local government leaders have worked to ensure that the appropriate infrastructures were in place to support the commune’s economic development and provide a social safety net.
In 1933, during the term of Mayor Saint-Cyr, the old town hall was rebuilt by architect Ali Tur, following its destruction by the hurricane of 1928. Eiffel Bridge was installed in 1935, followed by the construction of the road leading to Deshaies in 1957, and the trans-island highway in 1967, bringing the commune out of isolation.
The city now has school facilities well distributed in the municipal area, including the Lycée intercommunal Grande Plaine and hosts the Louis Daniel Beauperthuy hospital. Benefiting from dedicated structures, gymnasium, intercommunal swimming pool, stadium, sport occupies in Pointe-Noire a place of choice. Swim with “Le cercle des nageurs de Pointe-Noire“, handball, fencing, football and cycling, with the famous club “la pédale pointe-noirienne“ (the tip-black pedal), but the sport king is undoubtedly the basketball with the two flagship clubs of the town, endowed with many titles, the “Etoile de l'Ouest“ (EDO), still recent champion of Guadeloupe, and “La Luciole“, his indefectible competitor and during the panting matches, the clamors coming out of the crowded gymnasium passionate fans get along. This energy of the associative world is also found in the cultural activities of the municipality. Already having a library whose name is Ancelot Bellaire, journalist, politician and poet awarded many literary prizes in the last century, the town has begun construction in the city center of a cultural and artistic Center with a 190 seat cinema-theater, a music school, a recording studio, a leisure area for children and teenagers, several meeting rooms and a new fencing hall and a dojo for the practice of judo whose activity favorable to the events will radiate throughout the Community of Agglomeration of the “Nord Basse Terre“ (CANBT) of which it is an integral part. In addition to this important infrastructure, around the Municipal Office of the associative, cultural and sporting life (OMVACS) many associations are investing in the establishment of workshops where traditions and creations actively participate in the cultural animation. During festivities organized as part of the patronal festival where the neighborhoods compete with ingenuity, competitions and demonstrations seduce in a joy shared population and visitors. The carnival has found a real vitality in recent years thanks to the efforts developed by the groups in the production of costumes and the composition of music. The Festika, a gwo ka festival created in 2011 that brings together renowned artists and “Gwozey de Pak“ on the Plage Caraïbe (Caribbean beach), is a popular hit. Organized with the Merchant Union of Pointe-Noire and the Communauté d'agglomération du Nord Basse Terre (Community of Agglomeration of the “Nord Basse Terre“), the operation "Village nocturne" (night village) in November and the Christmas Village in December are opportunities for residents and visitors to meet and exchange in a shared enthusiasm.www.villepointenoire.fr. Guadeloupe tourist maps Chemin Bleu and city guide maps available at the Tourist Office. 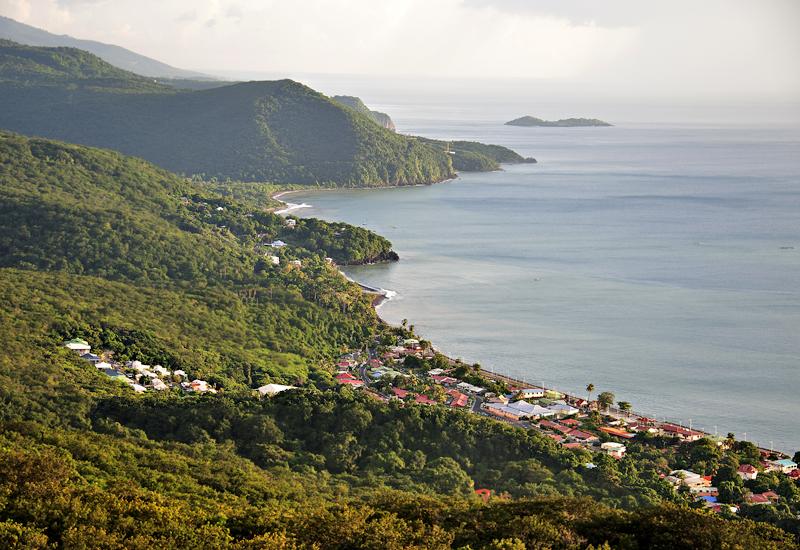 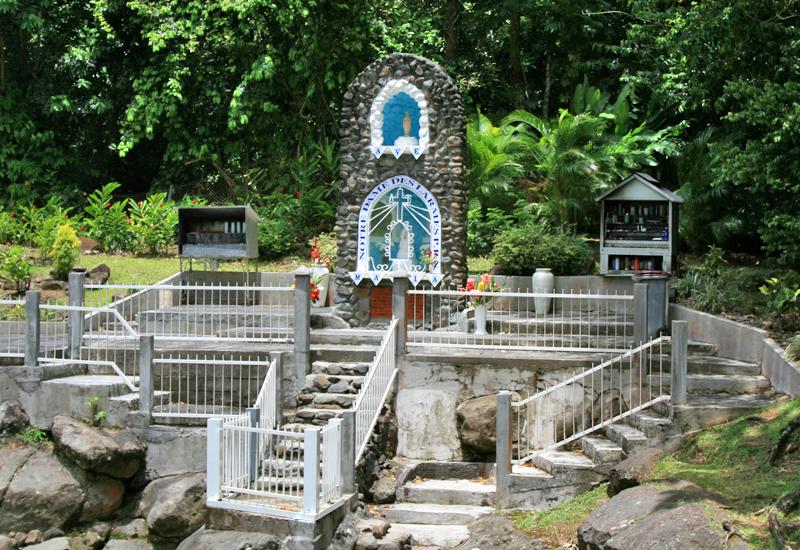 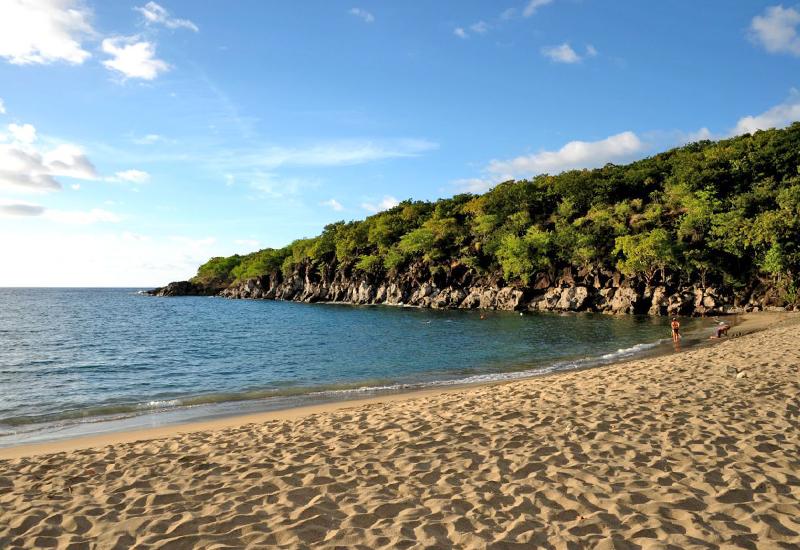 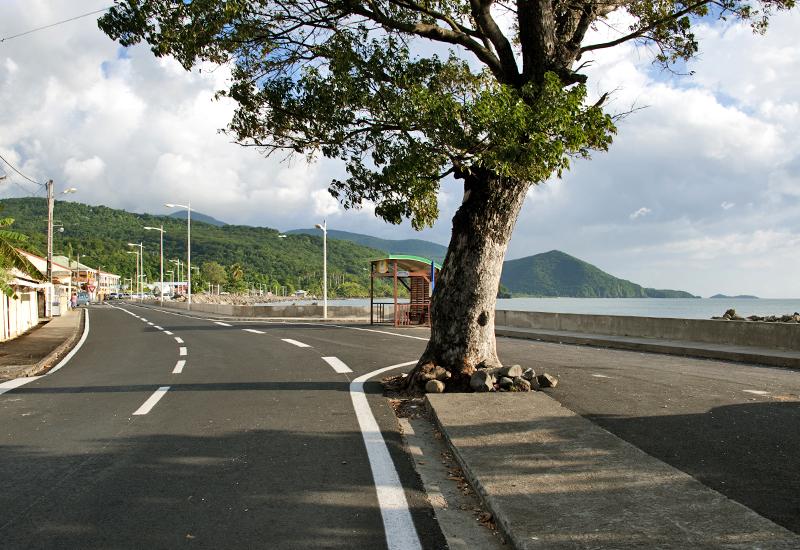