Constructed in 1861, the present church follows three previous attempts. The first, made of wood, was leveled by a hurricane in 1738; the second, a stone building, was destroyed by fire in 1802 during a slave revolt; and the third was demolished by the earthquake of 1851. The current building has been expanded several times, and repaired since; only the pilastered façade has been preserved in its original form. Long isolated, as the population expanded, the church gradually became a central and essential part of the town. 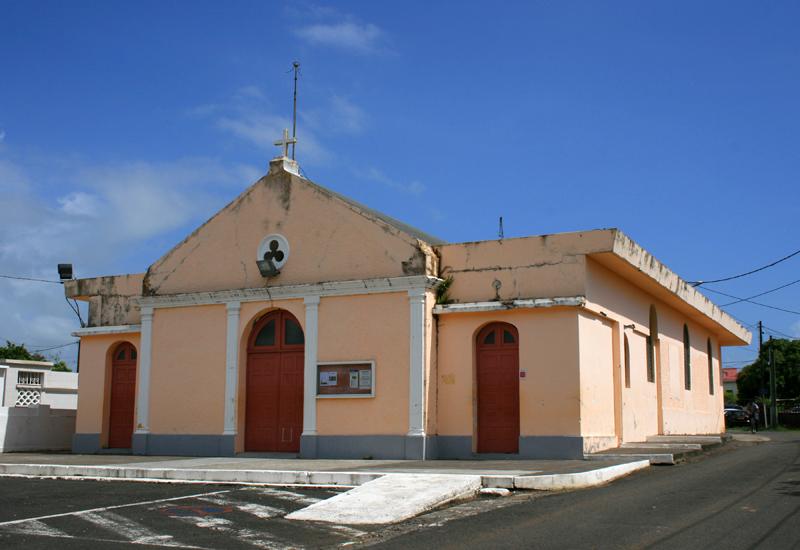 Guadeloupe. Church Sainte-Anne in the city of Goyave: a bedside angles 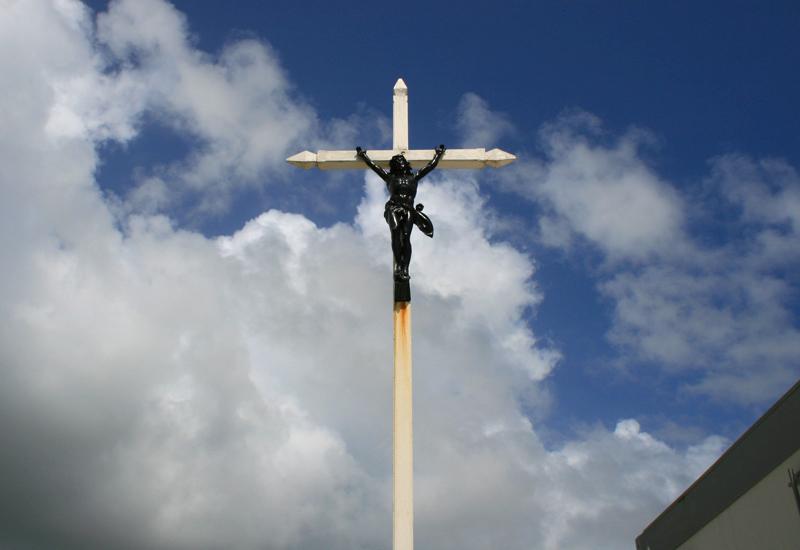 St. Anne Church, city of Goyave. Next to the cemetery, the ordeal