Memorial to the Sacrifice of Delgrès

Unveiled on May 26, 2001 on the boulevard des Héros, this work by Guadeloupian sculptor Jacky Poulier recalls the tragic events that unfolded in Guadeloupe in 1802. It also reminds us of the universal message, delivered nearly 200 years ago, by a man who chose to die with his companions rather than return to a life of slavery. Commander-in-chief of the armed forces on Basse-Terre, the mulatto Delgrès led the revolt against Richepance, the man ordered by Napoleon to reintroduce slavery on the island. On May 20, 1802, Delgrès and his men were forced to fall back to Fort de Basse-Terre, which they later had to abandon, taking refuge at the foot of La Soufrière at Matouba (Saint-Claude). On May 28, 1802, as Delgrès and his remaining companions were holed up inside the Danglemont plantation building, they dramatically blew themselves up, uttering a final, defiant cry of “Live free or die!” when they realized that all was lost. The sculpture shows the suffering in the men’s faces, and reflects on a number of themes of the tragedy, including solidarity, collective sacrifice and the men’s violent end. 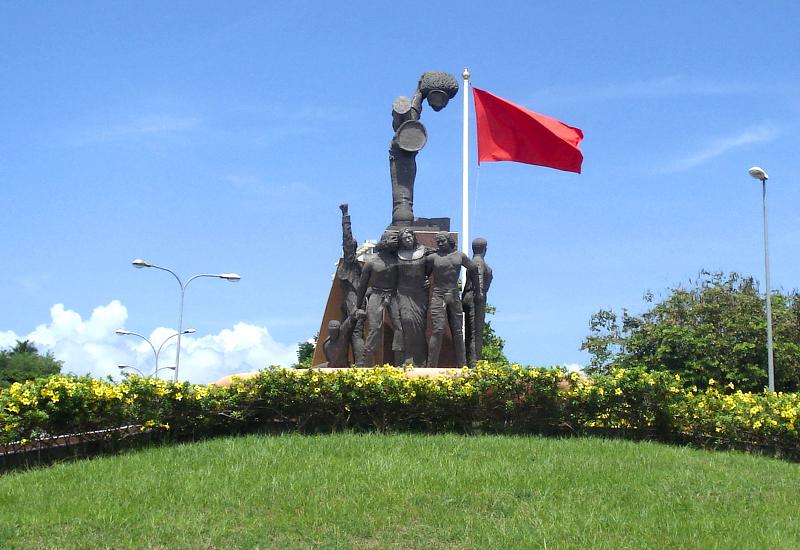 Memorial of the Sacrifice of Delgrès - Les Abymes: scene of tragedy 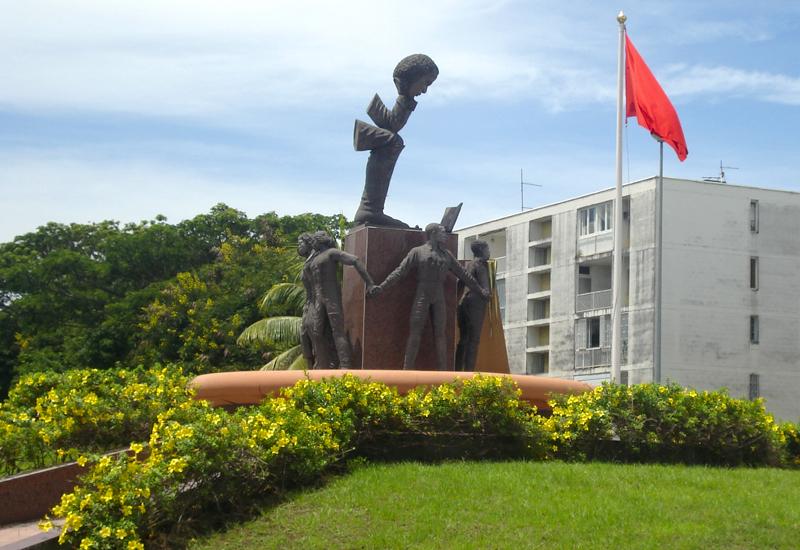 Les Abymes, Memorial of the Sacrifice of Delgrès, solidarity in combat 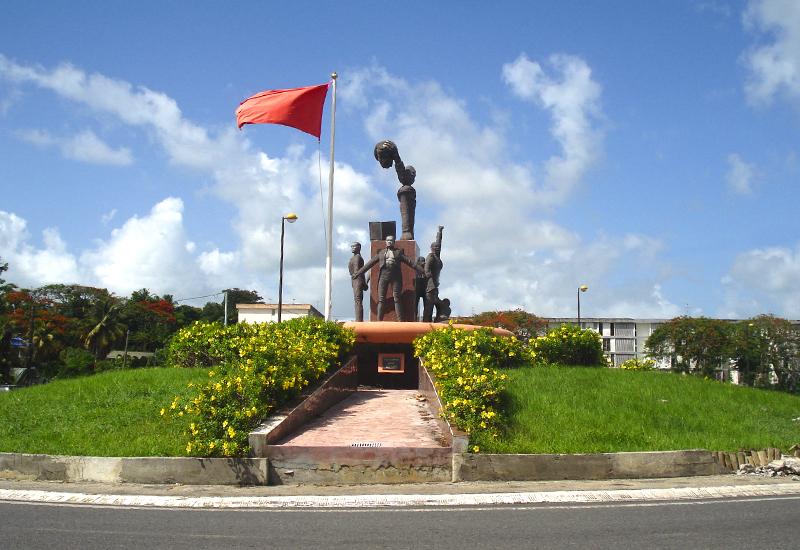 The Memorial of the Sacrifice of Delgrès, at the roundabout of Baimbridge 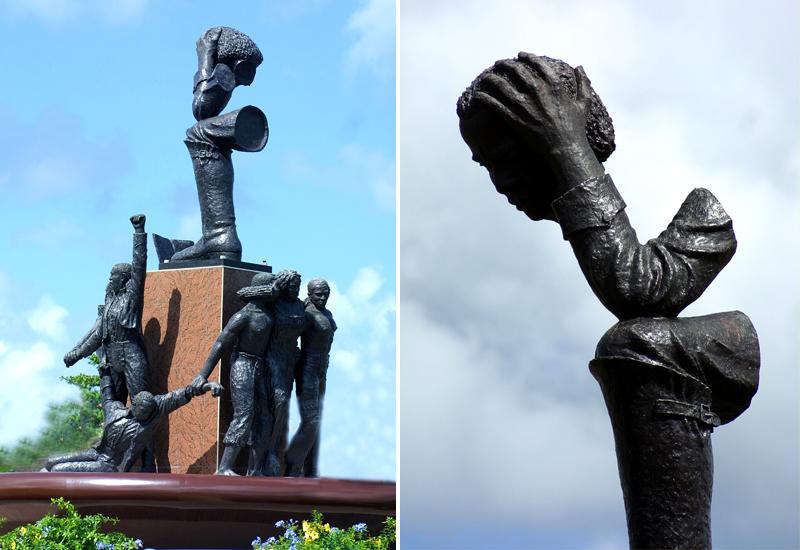 Memorial of the Sacrifice of Delgrès: united action, thinking head and shredded body