Dominating the Place de la Mairie is the Town Hall. This building, which dates from the second half of the 20th century, is made of reinforced concrete in a purely modern architectural style. In front of the building you’ll find two symbolic works by Guadeloupian sculptor Richard Viktor Sainsily Cayol. The first, “La pierre au papillon“ (Stone with Butterfly), consists of a piece of local stone that has been sculpted with an image of a Guadeloupian butterfly, which is meant to represent the openness of Guadeloupians to the wider world;  the second, “La Traversée“ (The Crossing) consists of a large piece of driftwood that arrived on the island’s shores after a long journey at sea. The sculptor has added two simple steel masts to the wood, which, he declares, are an allusion to the  slave ships and the horrors of deportation. 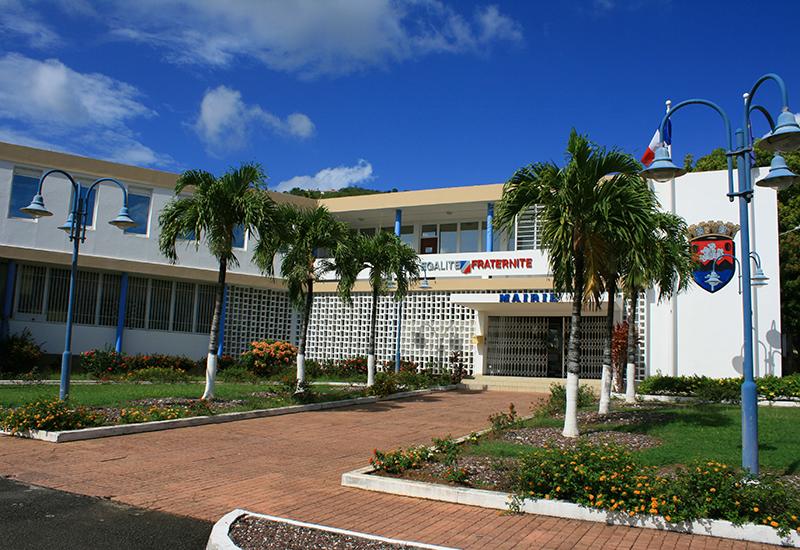 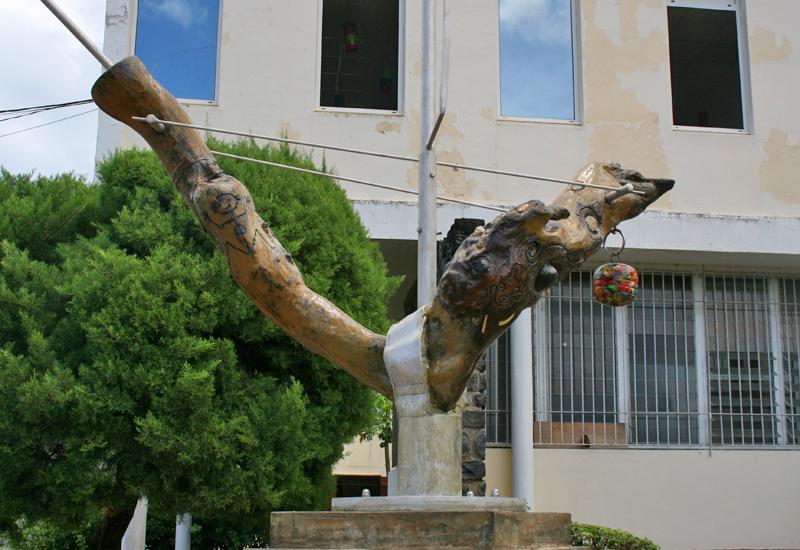 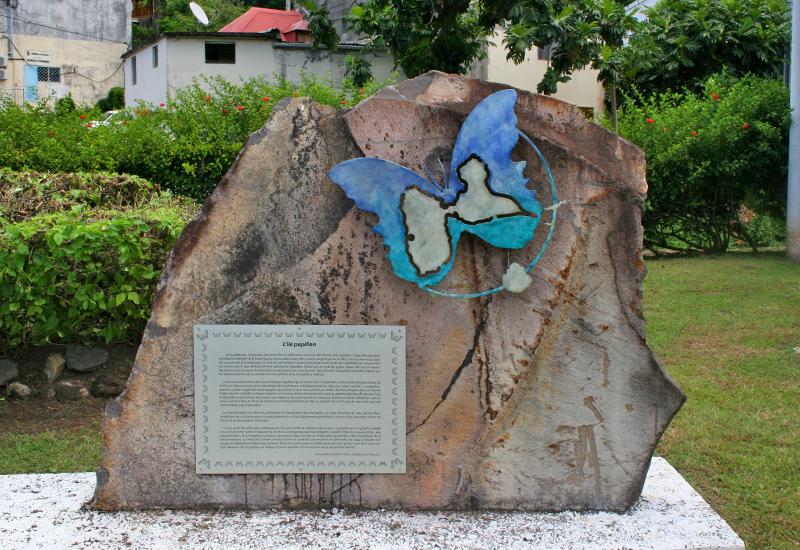