This building replaced an initial wooden structure that was destroyed in a fire. The church dates from the early 19th century, when the district was in the hands of Jean-Marie Grizel de Sainte-Marie. Don’t miss the remarkable ceiling of the nave, in the form of an upside-down ship’s hull. In the choir, note the colorful stucco statue of Saint Nicolas, which was recorded in an 1858 inventory and restored in Strasbourg. It depicts the saint with three children at his feet, an allusion to the legend according to which the saint is said to have resurrected three boys from a butcher’s barrel. There is also a beautiful colored statue of the Virgin Mary, depicted crushing a serpent-demon. The octagonal bell tower appended to the choir contains the remains of two parish priests. It was long used as a presbytery. A sailor’s cemetery around the church contains graves decorated with lambi conch shells, adding to the exotic atmosphere. 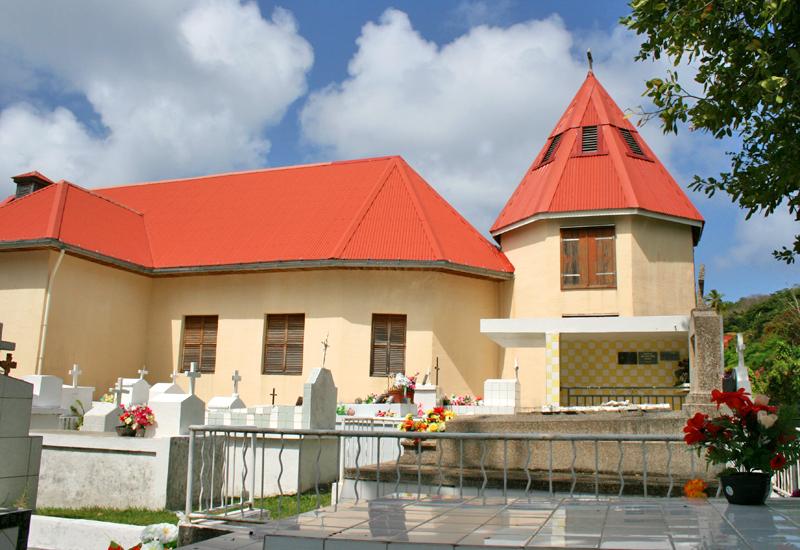 Saint Nicholas Church: leaning against the choir of the church, the octagonal bell tower 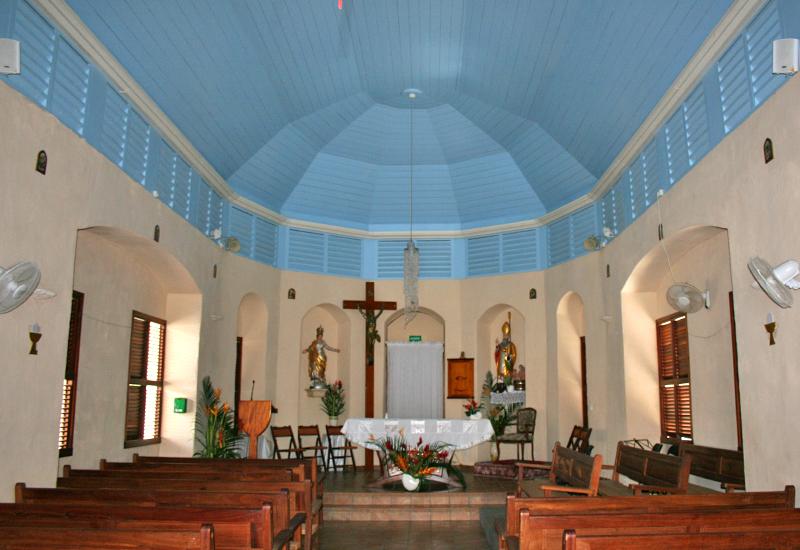 Saint Nicholas, in polychrome stucco, with three children at his feet 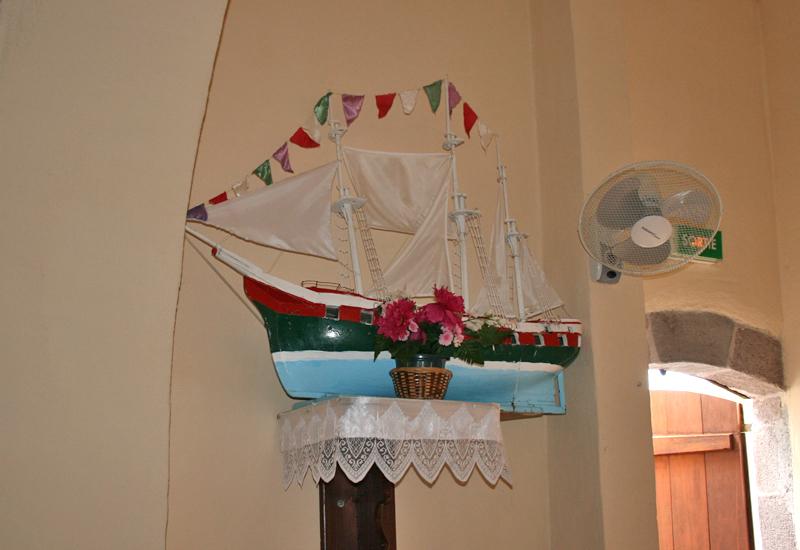