Port-Louis: a defiant people and a land of contrasts

Firmly rooted as it is in traditions of popular struggle, Port-Louis has played a leading part in the economic and political history of Guadeloupe for centuries. Originally known as Pointe-d'Antigues (the Carib chieftain Simon, last in line of the Carib chieftains of Pointe-d'Antigues, died in 1731), the town was renamed “Port Libre” (Freeport) during the French Revolution. It then became Port-Louis in the 19th century in recognition of its open position facing the sea and in memory of Louis XIV. In fact, less than a century after its colonization, it seemed the natural place to establish a seaside town as a result of the considerable maritime traffic off the coast of this part of Guadeloupe. At the time, Port-Louis was an open harbor (being covered with reefs, it was only accessible to coastal ships) so ships could only lay up for a few days to sell their cargo and buy supplies, and only during a limited period (15 July – 15 October).
Port-Louis was already the site of a large estate, but from then on it would serve as a naval base for patrolling for patrolling the bay known as Le Grand Cul-de-Sac Marin. Evidence of this is found in the fortifications north of the town and in the ruins of two defensive batteries destroyed by the British in 1809. At this time, the village boasted two fishing communities, one at Le Souffleur and the other at Rambouillet.
But the history of Port-Louis is most intimately linked with the history of sugar cane. Around 1817, the territory had 26 sugar refineries and as many mills to its name. However, from 1837 onwards, sugar beet created fierce competition and, combined with the abolition of slavery in 1848, made production conditions more difficult and markets harder to find, thus leading to the decline of the old business model in favor of centralized factories.
In 1843, the town was hit by a violent earthquake; then, in 1863, it succumbed to cholera and drought. That same year, Armand Souques transformed the family sugar mill at the Beauport plantation into a sugar refinery.
This factory would go on to play a major role in the economic activity of the entire region. Its story begins in 1732 when it was no more than a small sugar mill. In 1813, it belonged to the Ruillier family and comprised 96 hectares with 70 slaves. The French Revolution and the collapse of slavery marked the beginning of the end, not only for the Ruilliers, but for the majority of the major white landowners. In 1836, Souques, already in charge of a number of estates, managed to acquire the building. Around 1840, Beauport consisted of 26 buildings. In order to combat the financial crisis, Souques began modernizing the site by installing one of the very first steam mills on the island. By 1860, Beauport was regarded as one of the most important production sites in Guadeloupe. Keenly aware that his salvation lay in the concentration of production resources, the businessman converted Beauport into a centralized factory. Next came the railway lines, and a major real estate development took shape. In 1845, Souques became mayor of Port-Louis, a post he held for some 20 years. Meanwhile, his son Ernest continued the modernization process. From 1901 onwards, however, dark clouds begin to appear on the horizon as, assailed by both financial and labor problems and weakened by a series of hurricanes and droughts, the factory began its inexorable decline. In 1990, the factory gates closed forever.
Faced with these difficulties, the people of Port-Louis demonstrated an extraordinary capacity for fighting back. It’s notable that, since the 19th century, Port-Louis has benefited from a number of great administrators – men and women who have shaped the territory we see today. In 1925, the town launched a number of important urban development projects. After being interrupted by the hurricane of 1928, construction started up again soon afterwards. In the early 1950s, the town, although once again affected by labor and political conflicts, turned its hand to new activities. For some years now, new projects have been initiated throughout the region, be it in the mangrove swamp, in town, along the coast or in the central plains. With the expansion of the port, the creation of tourist sites and the renovation of its monuments, the town is experiencing renewed optimism. Several recent infrastructure projects have been undertaken to help develop the town, including the Nord Grande Terre multi-purpose high school, the first environmentally friendly school to be built in Guadeloupe; the Soleyanou retirement home; the mixed development zone at Rodrigue, where a number of hotels and eco-tourism projects are planned; and several new housing programs. However, that is not to say that the town’s 5,580 inhabitants have forgotten their traditional festive spirit, with numerous events taking place throughout the year where visitors can mix and make friends with the local people in an extremely friendly atmosphere. One such event is the Chaben Memorial, which celebrates the life of one of the most important “Véyé” singers of Guadeloupe, Gaston Germain-Calixte, who hailed from Port-Louis and whose nickname was “Chaben”.  Other events include the Ox-Plowing contest, held by the Etoile du Bonheur organization, and the Port-Louis festival, with a wide range of events that take place on the site of Beauport, “le Pays de la canne” (The Sugar Cane Country). Sports lovers can choose between watersports such as sailing or diving, team sports with the Real Club footbal] team, or walking.

Spreading out over 44.24 sq. km. and lying open to the Caribbean Sea northeast of Grande Terre, the town of Port-Louis is blessed with a large variety of natural assets and man-made heritage: fields of sugar cane as far as the eye can see, witnesses to a rich history of sugar production; excellent fishing grounds along its coast; a vast mangrove swamp; a well-preserved architectural heritage; and of course, the history of a people who, over the centuries, have learned to fight and overcome the numerous challenges thrown at them, be it natural disasters or a succession of social crises.
The town of Port-Louis itself is a visible manifestation of this triumph over fate. Just taking a walk through its peaceful streets should be enough to move and surprise you as you look around: the public buildings that were rebuilt by the architect  Ali Tur after the hurricane of 1928; the numerous , well-preserved, traditional houses in Rue Schœlcher, Rue Gambetta and Rue Achille-René Boisneuf; the street lamps that look down on Place des Antilles, lending an exceptional ambiance to Port-Louis; and the church, which was destroyed and rebuilt several times, containing a beautiful altar made of Carrara marble. To the south of town is the typical port, where the fishermen sell their catches of dolphinfish, parrotfish, grouper, to name a few. The ongoing port extension will eventually benefit users of both its fishing and leisure facilities. From the port itself, you can see the mangrove swamp, national forest, Pointe de la Guérite and Pointe Gris-Gris.
On the north coast, exposed as it is to the wind, the water is smooth and limpid, with an abundance of marine life, even in the coastal shallows.
Here, in the cove known as L'Anse du Souffleur, you will find magnificent white sandy beaches. This spot is well known to tropical fish lovers and underwater hunters, and is very popular with Guadeloupians. It also regularly hosts festive occasions. The nearby seaside cemetery, protected by a breakwater, brings a discreet touch of poetry, with its simple tombs surrounded by queen-conch shells. From here you can follow the coastal path and discover the northern marshes, the vast mangrove swamp, the mudflats and wetlands that lie behind a shoal (a flat surface, shaped by the waves, that slopes gently towards the sea) and the sandy offshore bar. For about 2 km. the path wends its way between lagoon and mangrove swamp as far as la Pointe d'Antigues. A dip in the delicate, coral-strewn grass water here is highly recommended, where the fields of anemone add a touch of magic. This is where the Antilles people fish for white sea-urchins and reef octopus. From the Pointe, the majestic sight of a rocky causeway forms a natural bathing pool. Fish are in abundance here, as are line fishermen. Hermit crabs also abound, feeding on whatever picnickers leave behind, but unfortunately so do the "yen-yens" (a kind of mosquito), especially in the late afternoon.  There are also plans to construct an underwater walkway between La Pointe d’Antigues and La Case Moustache.
Once you leave town, you’ll find yourself surrounded by cane fields. The whole region was once involved in sugar production, and the 30 or so mills that are scattered throughout the Port-Louis area bear witness to this historic activity. You can see several mills from the road: east of the marshes are the mills of Rodrigue, Paul Aubin, Goguette and Saint-Pierre; Bétin and Montalègre are near the N6 highway; the Brument and Belin mills are alongside the D128; and further east are Plaisance, Beuthier, Pelletan (N8) and Romain as you head out towards Campêche.
The old Beauport factory, a symbol of this glorious past, has been transformed into a sugar cane museum, and the former flagship of north Grande Terre’s sugar industry is now open to visitors. It’s a veritable hive of scientific and technical culture, dedicated to the traditions of the sugar cane industry. Let the museum staff guide you on a fun and informative journey through the history of sugar.
Four kilometers from the coast, right in the heart of the area, is Lake Gaschet, the biggest freshwater lake in Guadeloupe and home to numerous species of birds. A ravine with the same name passes under the N6 highway, providing a very pleasant nature spot close by the lake, and just a few yards away you’ll find a Hindu temple (www.mairie-portlouis.fr).
“Chemin Bleu” tourist maps and town maps/guides are available from the Tourist Office. 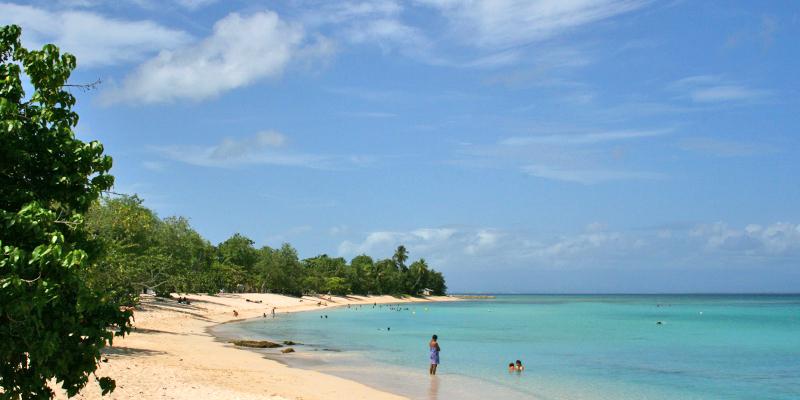 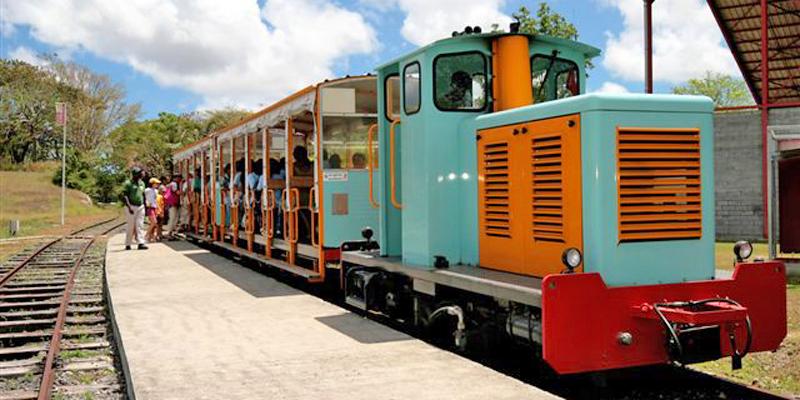 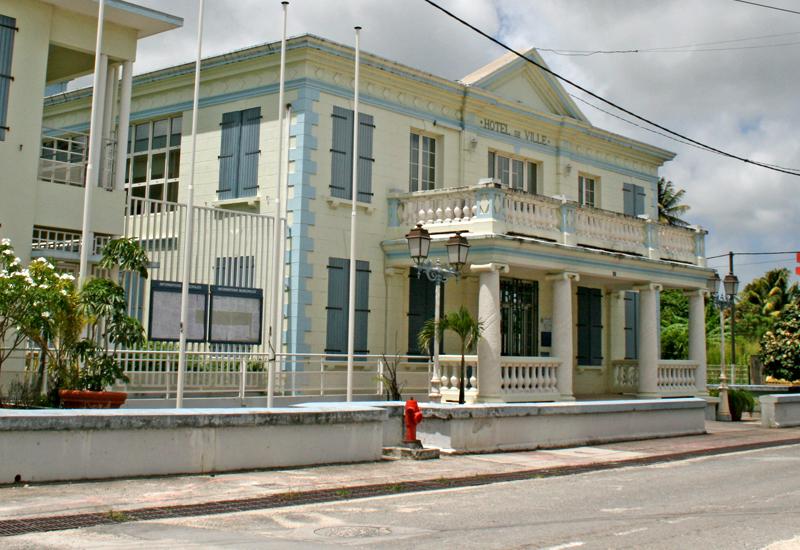