Built by Ali Tur between 1930 and 1935 and inaugurated in 1935 to commemorate the Tercentenary of Guadeloupe’s annexation by France, this building was protected as a historic monument in 1990.  Constructed of reinforced concrete with a flat roof, the building stands in a garden enclosed by a grille. The main entrance, on Rue de la République, looks out onto a broad exterior staircase ornamented with fountain jets. The architect made use of the steep terrain to elevate the main façade, giving the building an imposing presence. The façade features a broad landing interrupted by a monumental central porch whose four columns are topped by an entablature with projecting cornices. Two Guadeloupe statues, likely added later, adorn the side niches. The porch leads directly into the deliberation chamber, the building’s core, which features a sunken caisson ceiling. The north wing ends in a rectangular patio, while the southeast wing ends in a rounded concrete canopy. Ali Tur also designed the building’s original furniture, which is still in place. The Conseil Général is the local instance for managing the affairs of the Department. It is presided over by a President whose duties are defined by the Decentralization Laws (Law 82-213, Law 83-008, Law 83-663 and Law 2004- 809). In the Department of Guadeloupe, the assembly is made up of 40 General Councilors elected directly in two voting rounds, one councilor per canton. The councilors serve six-year terms, renewed by half-term every three years. 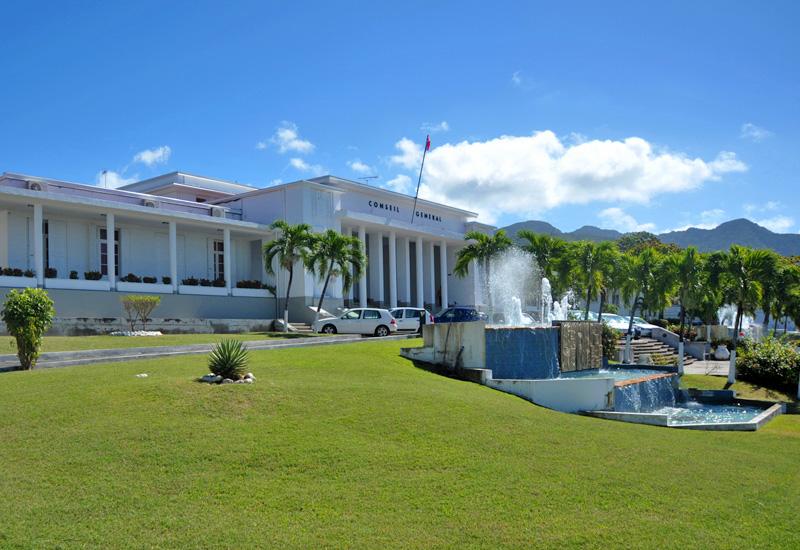 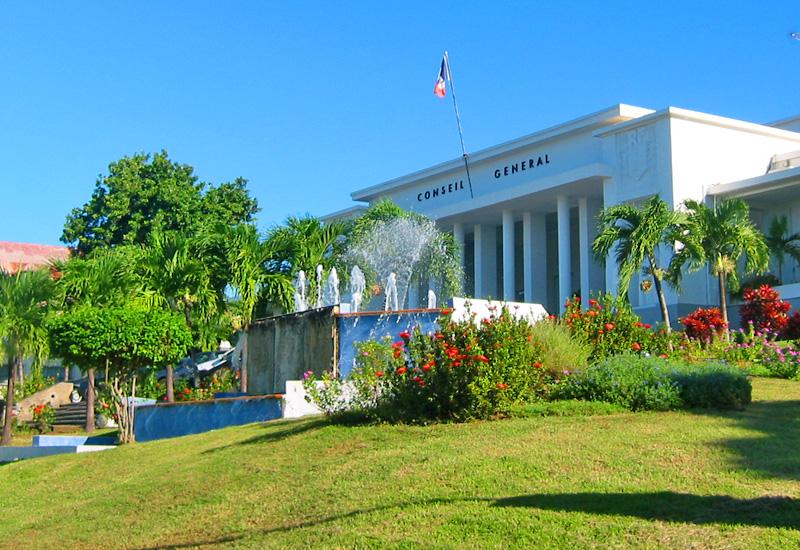 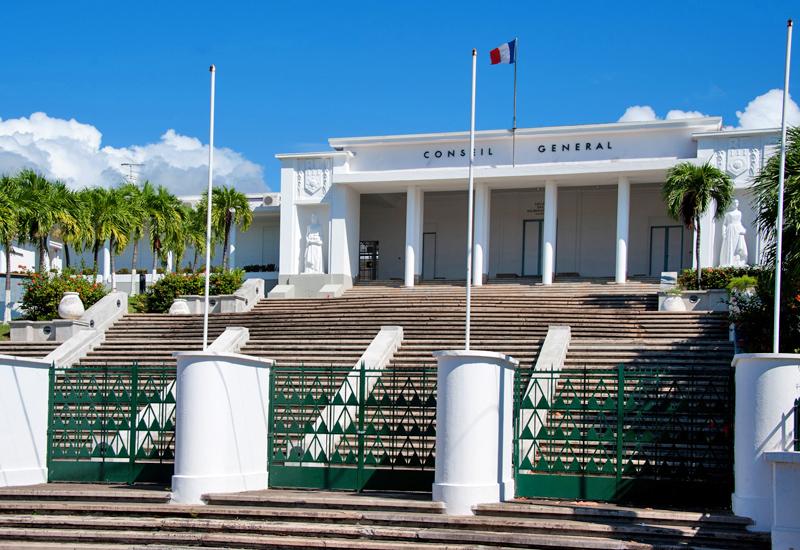 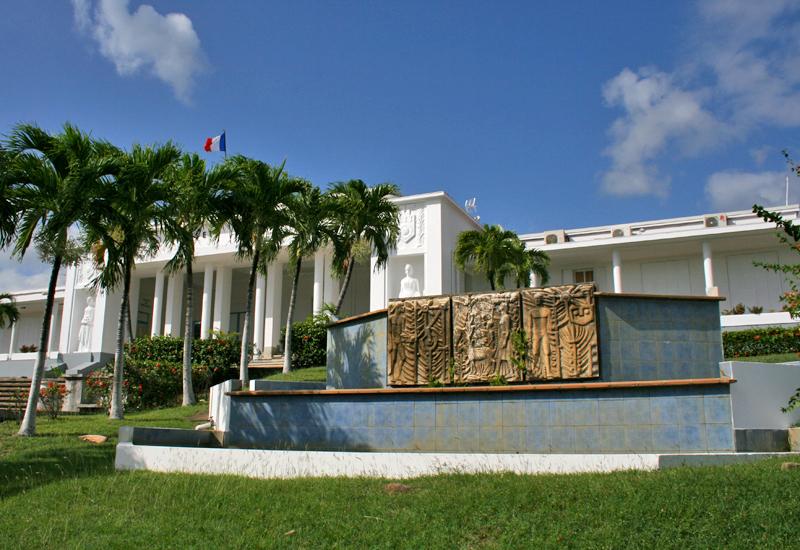