Isle of the Goats

Fort Josephine (or Fort de la Reine—The Queen’s Fort) was built atop Pointe Sable overlooking the bay in 1777, as a worthy counterpart to Fort Louis. It was destroyed by the British in 1809. After Les Saintes was restored to France, partial reconstruction was begun. It was then used as a place of detention, with two major structures established in around 1866:  the penitentiary, on the location of the former Fort (for maximum security prisoners) and the lazaretto (place of quarantine and isolation hospital for people suffering from infectious diseases), where immigrants from the French trading posts of India were also held. A few ruins remain. 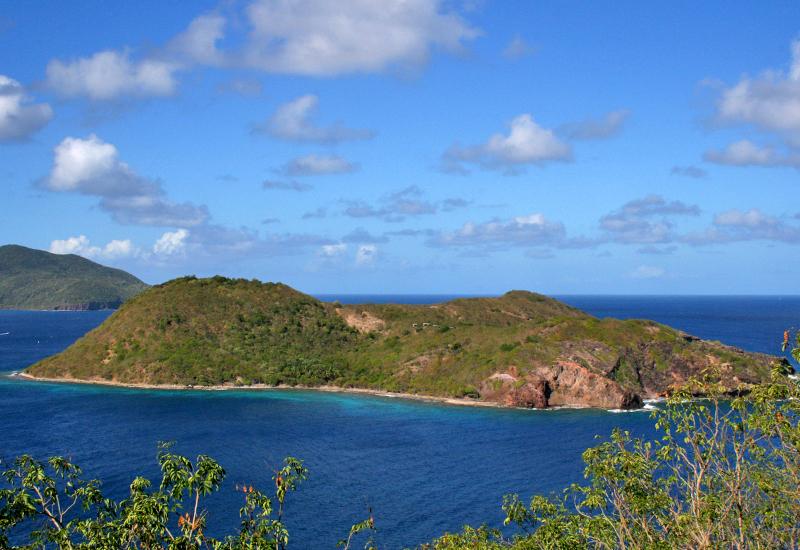 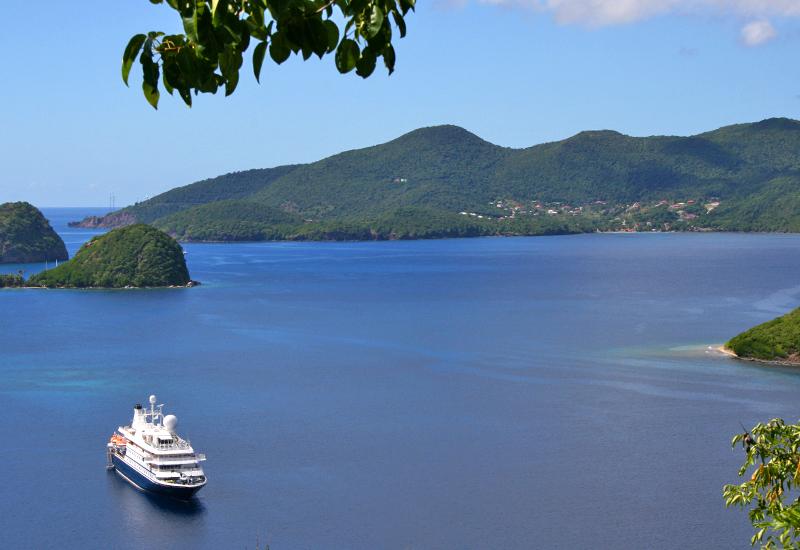 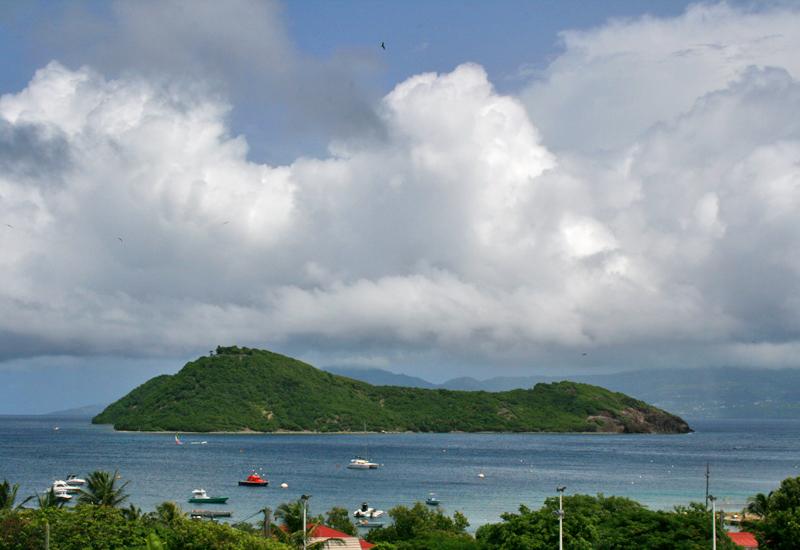 From the village, view of Ilet à Cabrit 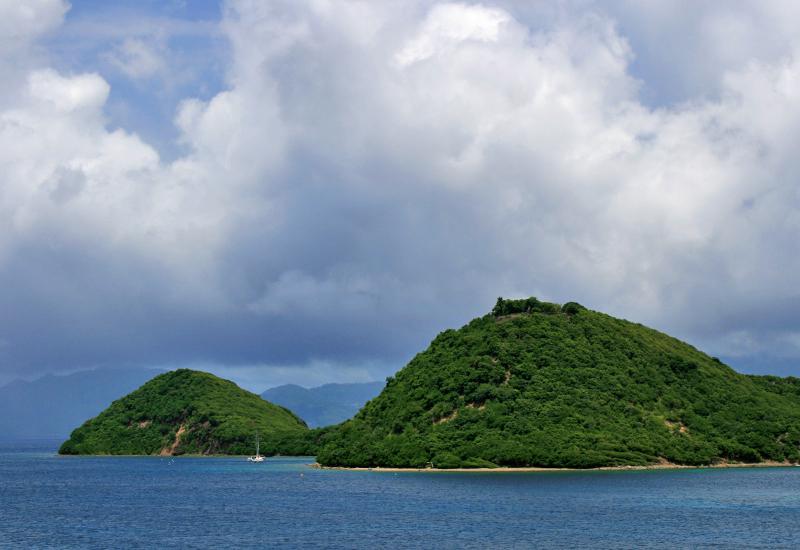