Other bodies of water - Sainte-Rose

The vast lagoon of Grand Cul-de-Sac Marin (15,000 hectares) is bordered on its ocean side by a coral reef that is 25 nautical miles long, and on its land side by the largest mangrove belt in the Lesser Antilles. It is part of a natural reserve that includes 2,115 hectares of ocean and 1,622 hectares of islets and mangrove swamps. Added to Guadeloupe National Park in 2009 (by virtue of a 2006 law), it is also part of the central zone of the Guadeloupe Biosphere Reserve. In addition, Grand Cul-de-Sac Marin is recognized as a valuable natural asset by the Ramsar Convention (international treaty for the conservation and sustainable use of wetlands). Part of this Reserve is located within the boundaries of Sainte-Rose commune. The mangrove swamps, where many fish breed, begin at the Morne-Rouge and Viard shorelines, and the mouth of the Moustique River. They contain mostly red and white mangroves, identifiable by the aboveground prop roots that grow from their branches into the water. However, they also have submerged roots that serve as habitat for barnacles, mussels, mangrove oysters, and sponges. Mangroves are also found on the many islets scattered across this vast expanse of water, including the Carénage islets (whose White Islet is also referred to as “Bird Islet”), and La Biche, Caret, Le Boyer, etc. The islets are prized by pleasure boaters and fishermen alike, who come for picnics or rest stops to admire the clear, tranquil waters protected by the barrier reef, home to multitudes of multicolored fish, sea stars, sea urchins, brain coral, sponges, gorgonian coral, and other corals. Over time, these tiny islets shrink and change shape, buffeted by the wind, but also affected by vacationers looking for new discoveries. However, the vagaries of nature and human activity disturb the stability and integrity of these fragile sandbars. 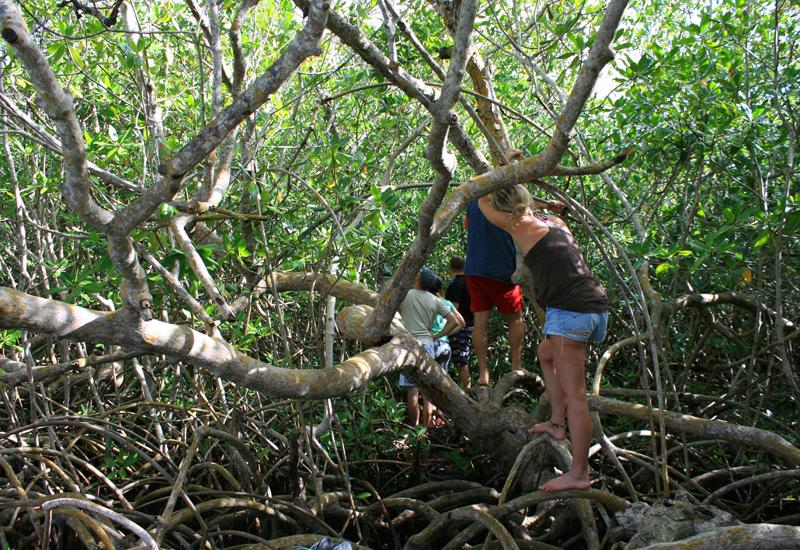 In the mangroves in the Grand Cul-de-Sac Marin 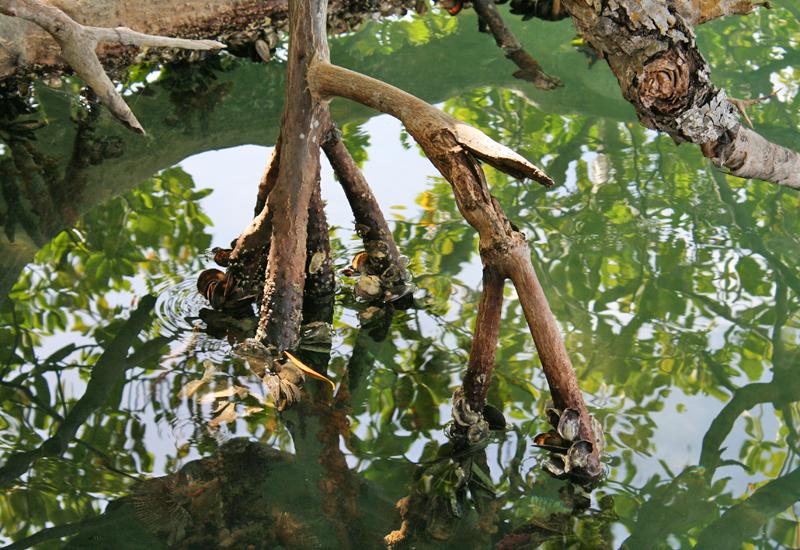 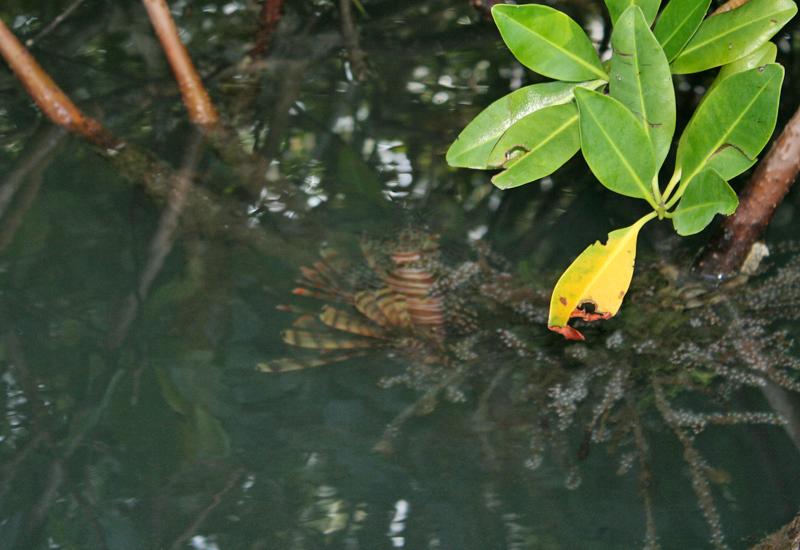