In 1837, this plantation covered an area of 160 hectares and was subsequently absorbed by the Beauport factories company. The mill dates from the 19th century and the manager’s house from the 1930s. In the 1950s, a movement for greater labor rights rose up on the plantation. Euvremond Gène, who was manager at the time, later served as secretary general of the Communist Party of Guadeloupe, from 1963 to 1969. Like most of Guadeloupe’s windmills, it was a tower mill, made of masonry, with a movable “cap” that could be rotated by means of a pole attached to the cap, thus allowing the sails to be turned according to the direction of the wind. The sails drove the windmill, and each sail was made of a central spar that supported the crossbars. Over this lattice framework were stretched the sailcloth (usually two sailcloths per sail), which were made of linen or hemp. The horizontal shaft, called a wind shaft, was made of wood, and was an essential part of the windmill mechanism, since it transmitted the energy from the moving sails to the millstones by means of a system of gears. The spars of the sails were joined to the wind shaft head. The brake wheel forms part of the wind shaft: it consists of a large toothed wheel lying parallel to the sails. When the teeth of the brake wheel come into contact with those of the wallower, a horizontal wheel, this engages a set of horizontal gears: this system is known as an “angle gearbox.” 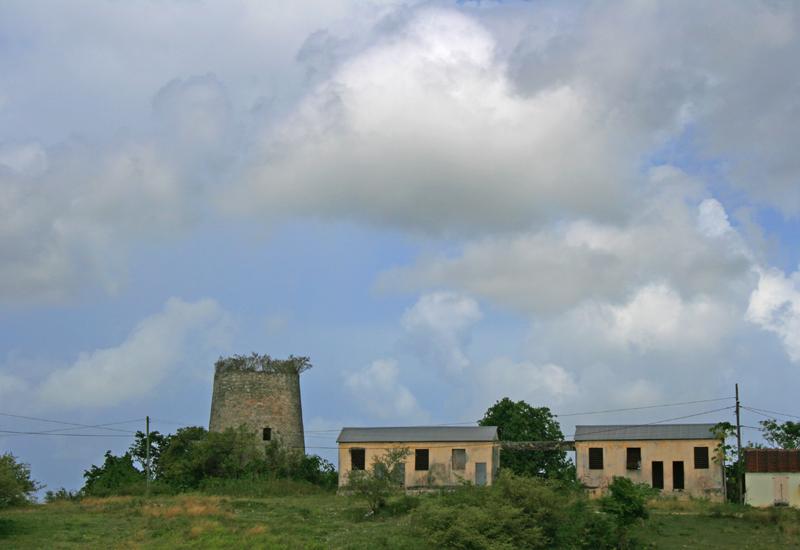 Habitation de Bétin.. Old Mill and house of the manager 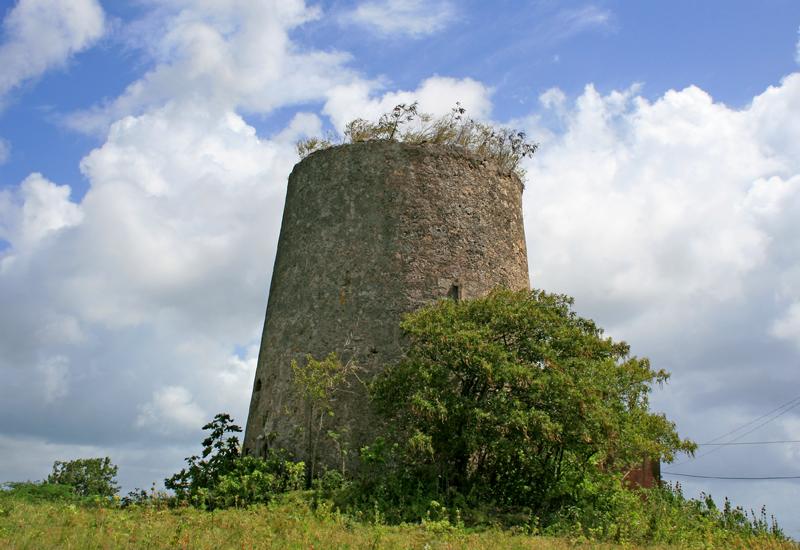 Port-Louis, the mill of the Habitation de Bétin 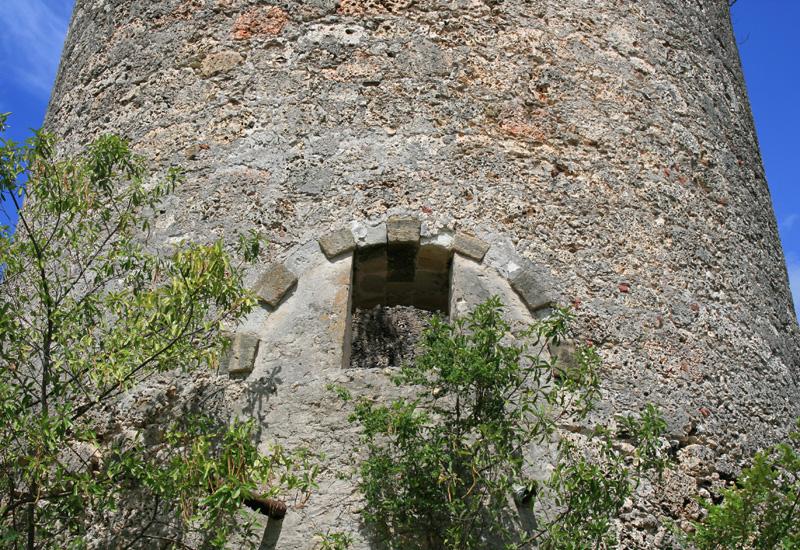