The original structure having been previously destroyed by the earthquake of 1843 and the hurricane of 1928 which devastated Guadeloupe island, the present church building dates from 1932, when the French government undertook to rebuild public edifices in anticipation of the 1935 Tercentenary of Guadeloupe’s annexation by French. The façade is characteristic of the work of Ali Tur, then architect for the colonies. The building is distinctly Moorish, a style that was in vogue in Europe at the time. Notice the concave portico in the center of the arch, and the decorative modillions, the architectural element supporting the cornices. A square bell tower stands independent of the church, adjacent to the chancel. 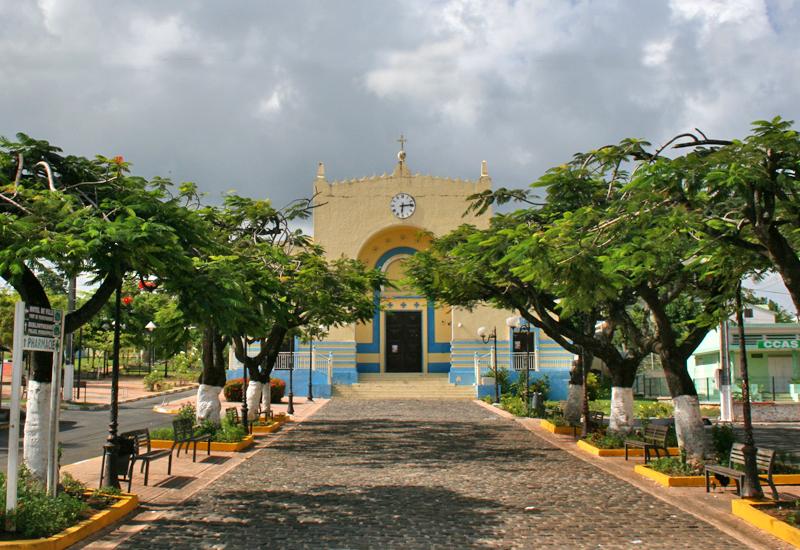 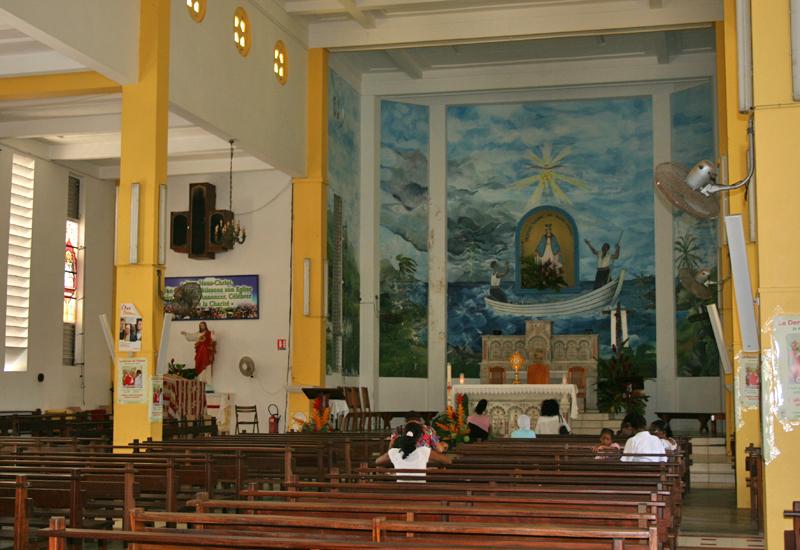 The choir has a richly illustrated polychrome fresco