Lying in the eastern part of the territory, Grands Fonds is a spectacular geological feature caused by rain erosion and consisting of a whole series of steep rocky slopes. They afford magnificent views over the hollows below, with their half-hidden pools nestling among thick vegetation and myriad varieties of trees. The hills are more numerous further east, whereas closer to Les Abymes the landscape is somewhat flatter. The chalky soil, formed by the accumulation of coral, is permeable. The area, which is rather difficult to reach, was once inhabited by Amerindians, and during the era of slavery it was used as a hideout or fallback for escaping or rebel slaves. Escaped slaves often used to gather around Morne-A-l'Eau, mainly in the Plain of Grippon, and they were on friendly terms with the “nègs mawons” who farmed there, even trading with them on an informal basis. After the abolition of slavery in 1848, some freedmen decided to settle here, farming the land and creating their own way of life and traditions. A number of typical family cemeteries are still maintained here. 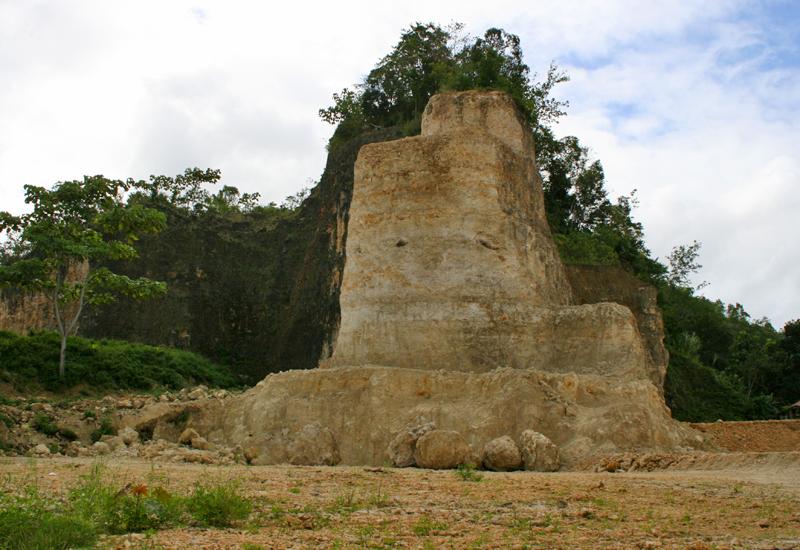 Like a monument: tufa quarry at the Grands Fonds 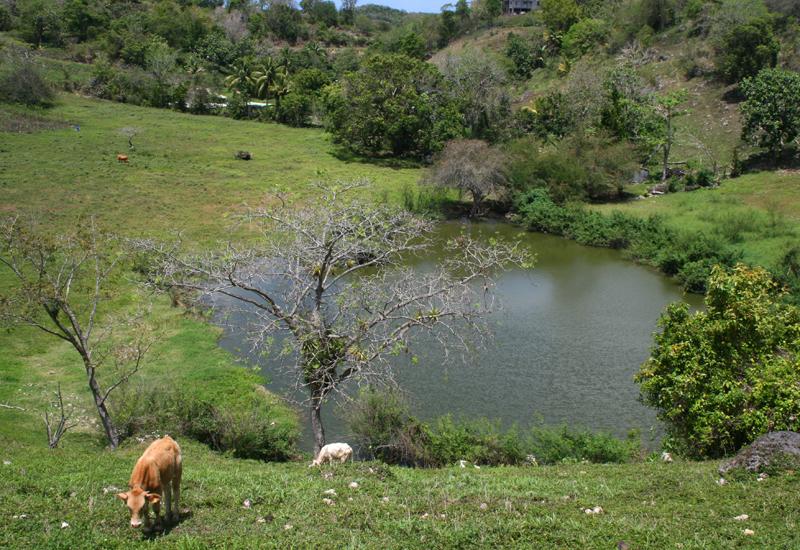 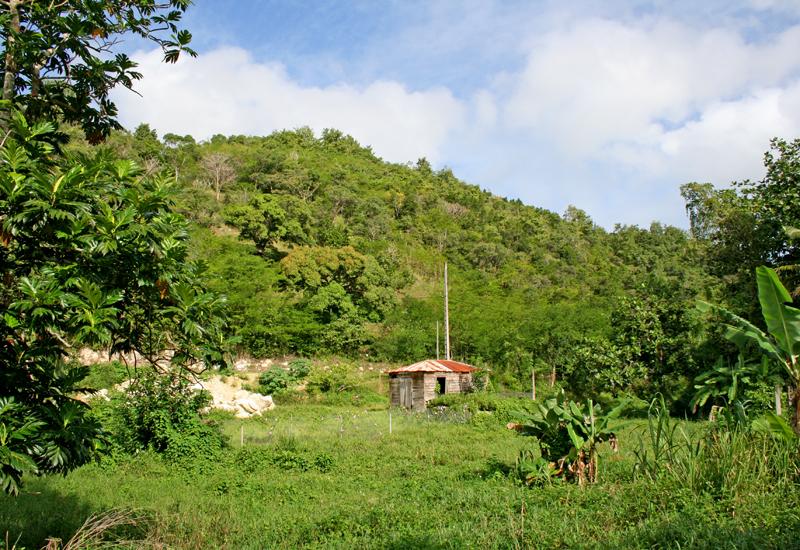 Guadeloupe, Les Abymes, the Grands Fonds at the Papin district 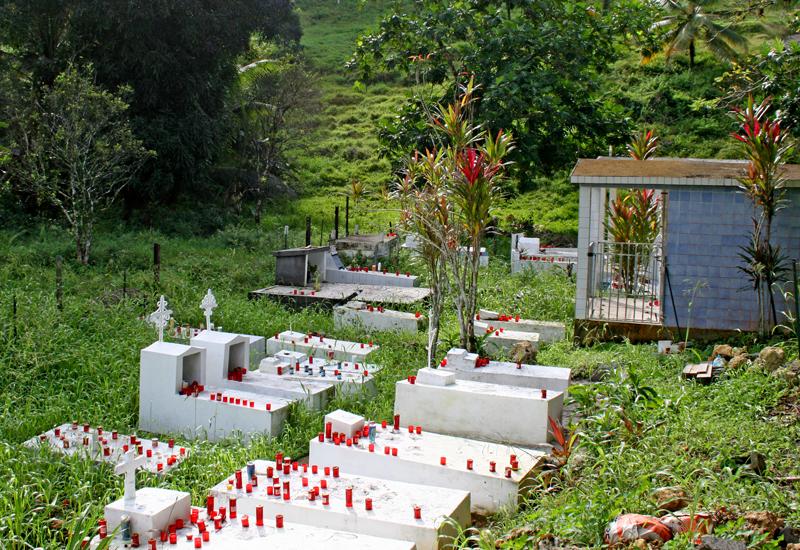