Classified as a natural reserve by the Ministerial Decree of April 25, 1980, this peninsula between Grande Anse Cove and Deshaies Bay was formed by an ancient volcano. The hill culminates at 206 meters, and features rare plant species. It also has historical significance, as it was once an important refuge for runaway slaves, and the setting for raging combats not only between islanders and the British, but also between Guadeloupian patriots and the Napoleonic troops of General Richepanse. A few cannons still remain, pointing out to sea, as witnesses to this history. The shoreline conservation group Conservatoire du Littoral has developed and marked a trail that allows visitors to easily scale the hill, which is covered in xerophilous vegetation preserved in its natural state, including spineless acacia trees, red gum trees, acomat (“buttress root”) trees, bloodwood trees—with flowers beloved by bees—savonnette (“soapberry”) trees, and West Indian Bay trees, prized by chefs. Classified as a zone naturelle d'intérêt écologique faunistique et floristique (nature area of ecological interest for its flora and fauna), Gros Morne also features a number of flowering plant species; of the ten that have been observed, three are protected. There are also 36 protected bird species, 8 of them rare, including the “Pic de Guadeloupe” (Guadeloupe woodpecker), which occurs only in Guadeloupe; it is difficult to catch a glimpse of this bird, but the sound of its pecking against the tree trunks, as it hunts for food in worm channels, can often be heard.
A yellow marker near the cemetery indicates the trailhead (beautiful view of Anse Deshaies cove). A large sign provides information about the site, the path, and features of interest along the trail. This is a pleasant hike through dryland forest. Seabirds may be seen perched on the reefs, including royal terns and brown pelicans. The trail leads to a lookout featuring old cannons. The view from here is stunning. After crossing 1,500 meters of sand bordered by pleasant undergrowth, the path ends at a former gravel mine, now a pond. 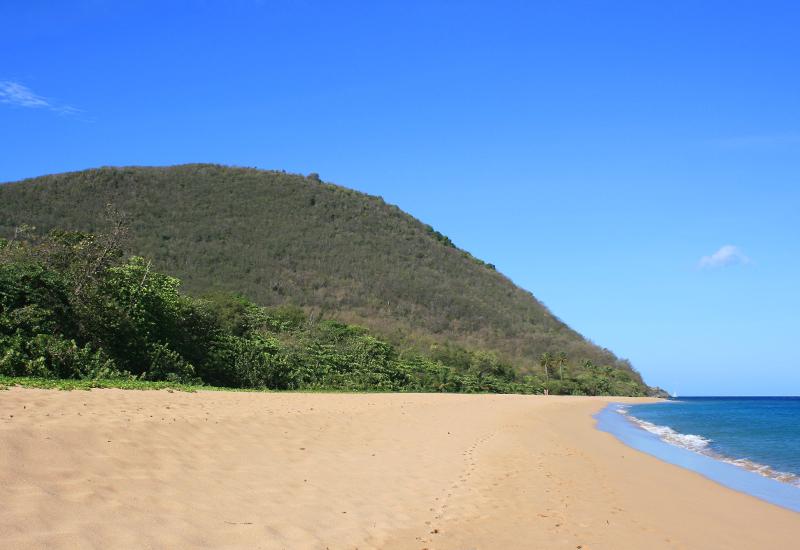 Gros Morne seen from the beach of Grande-Anse 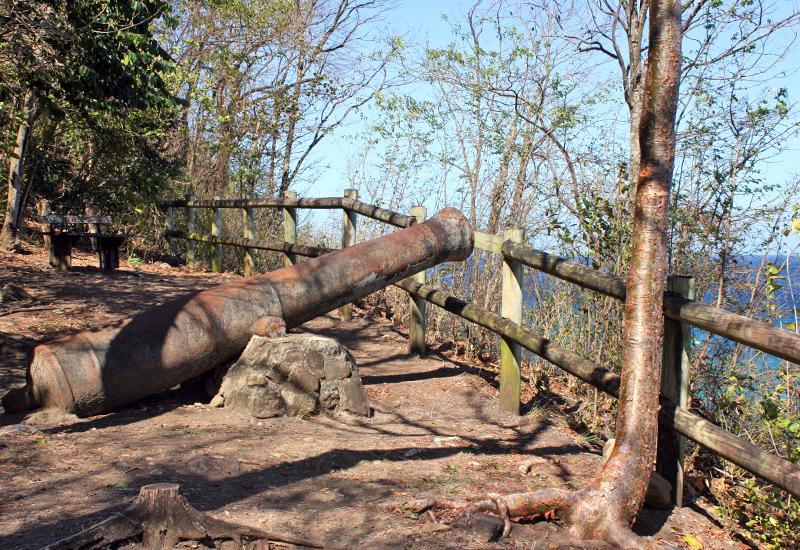 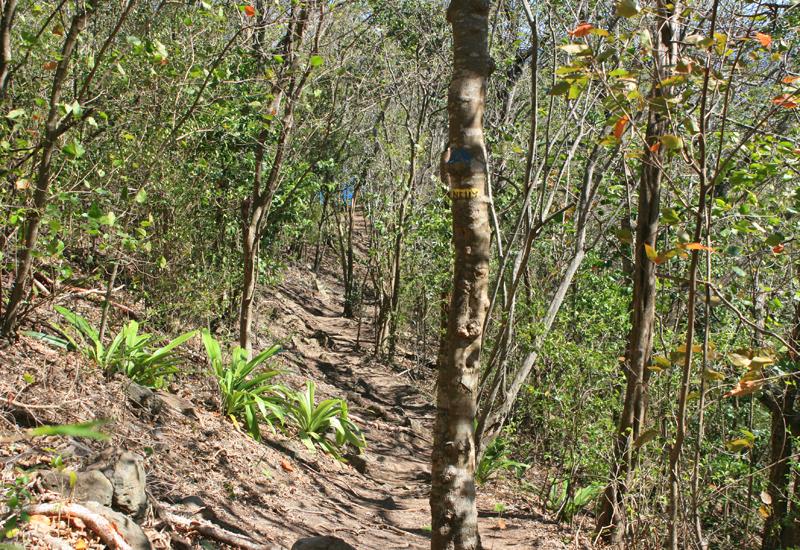 Gros Morne - Deshaies: walk in the heart of a xerophilous vegetation 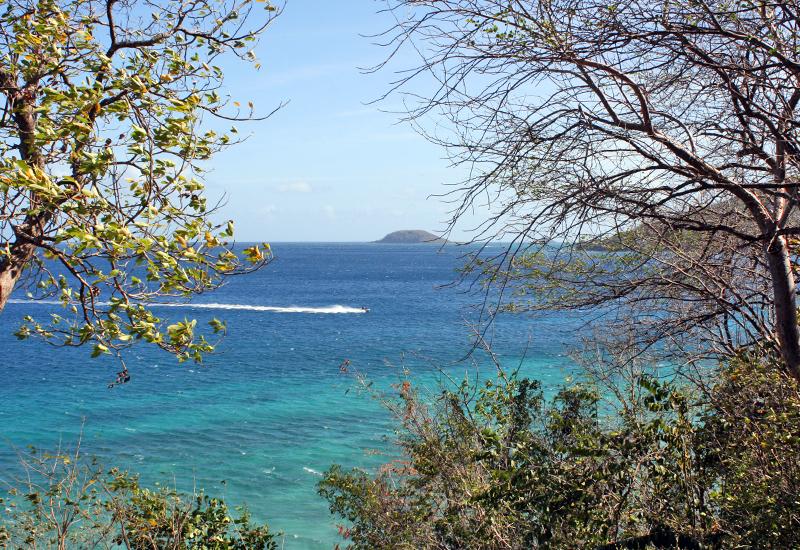 Gros Morne. Magnificent views of the Caribbean Sea with in the distance the islet in Kahouanne