Located in an area of brittle tectonic plate movement that has depressed the western portion of Marie-Galante’s central plateau and formed the scarp fault known as the “Barre de l'Ile,” this protected natural area plays a key role in the island’s ecology. The marshes of the Vieux-Fort River constitute the largest wetland on the plateau, and feature several different ecosystems:  mangrove swamps, brackish marshlands, bayou forests, and grassy wetlands. Mangrove swamps may be found at the mouth of the river around Vieux-Fort Lagoon. They contain red mangroves that have adapted to the salinity and submersion of the estuarial zone. The mangroves themselves are easily identifiable by the tangled, aboveground prop roots that grow from their branches into the water. Mangrove swamps provide a refuge and nursing ground for diverse marine fauna (crustaceans, shellfish, fish, etc.), including the freshwater Molokoy turtle, a protected endemic species. Moorhens and Kios (green herons) are also found here. Brackish marshlands form a transitional zone between the coastal area and the grassy wetlands, and are characterized by sawgrass and golden fern. The bayou forest is next. This wooded stratum is dominated by the Dragon’s Blood tree (“mangle médaille”), with its wide, powerful buttresses, but there are also galba trees, yellow mangroves, swamp bushes, kapok trees, and different species of epiphytes and liana. Bayou forests form where the marine influence is no longer present. These areas have been degraded by human contact (development and land clearing). Finally, the grassy wetlands, which serve as pasture land. Mangrove outings are available on the Vieux-Fort River by canoe or paddle boat. 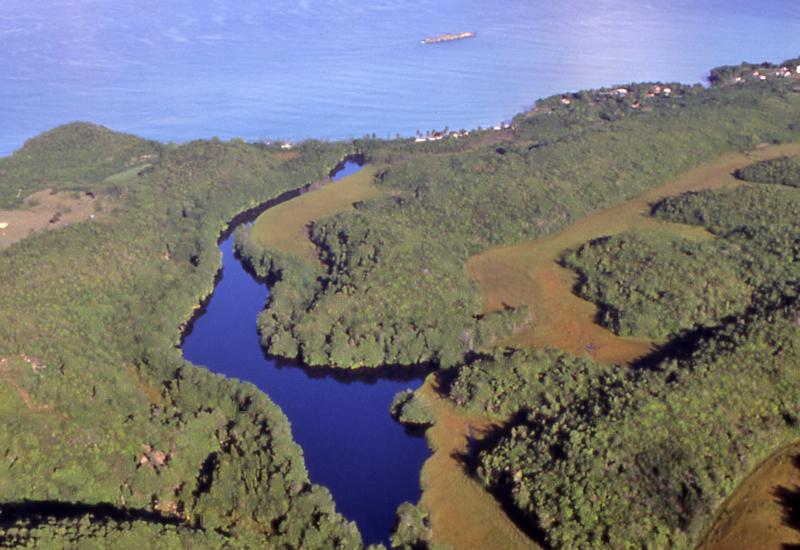 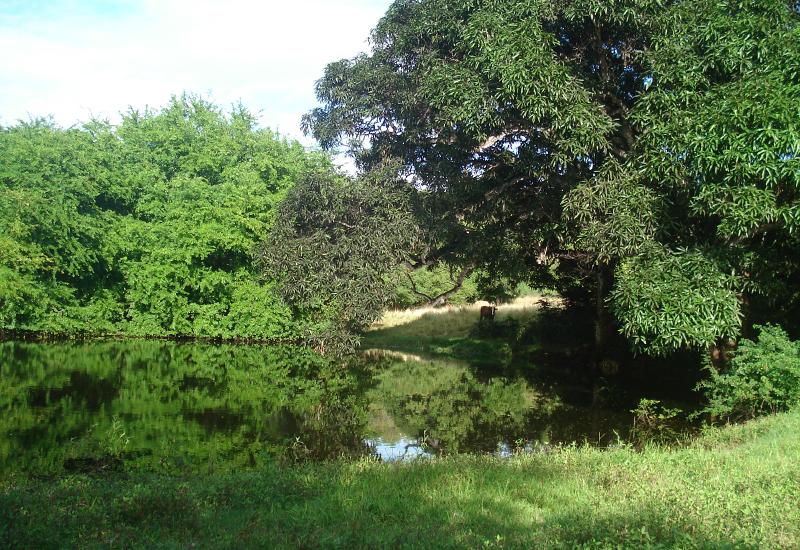 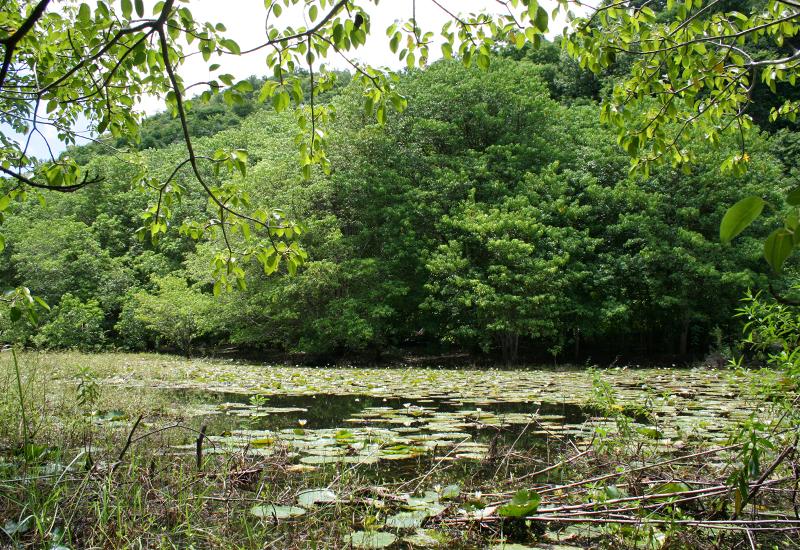 Mangrove, an area with ponds and pools with a variety of aquatic life 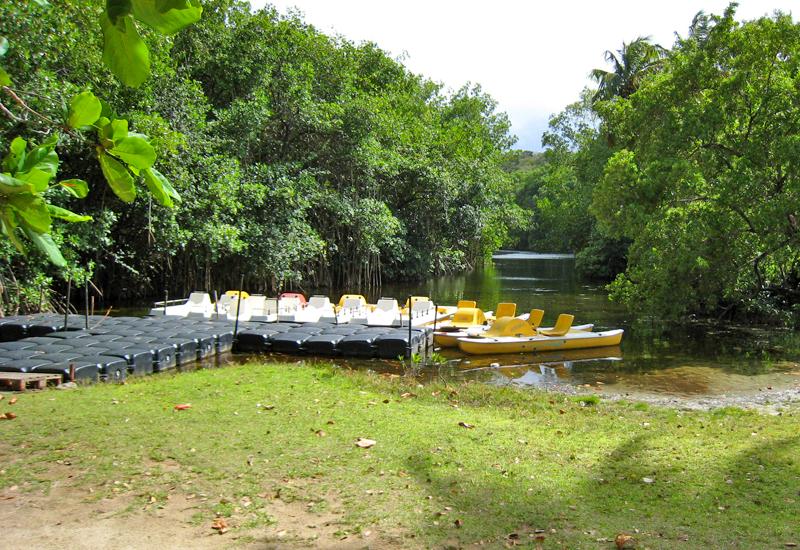